Tander out of Bathurst 12 Hour after ‘scary’ crash 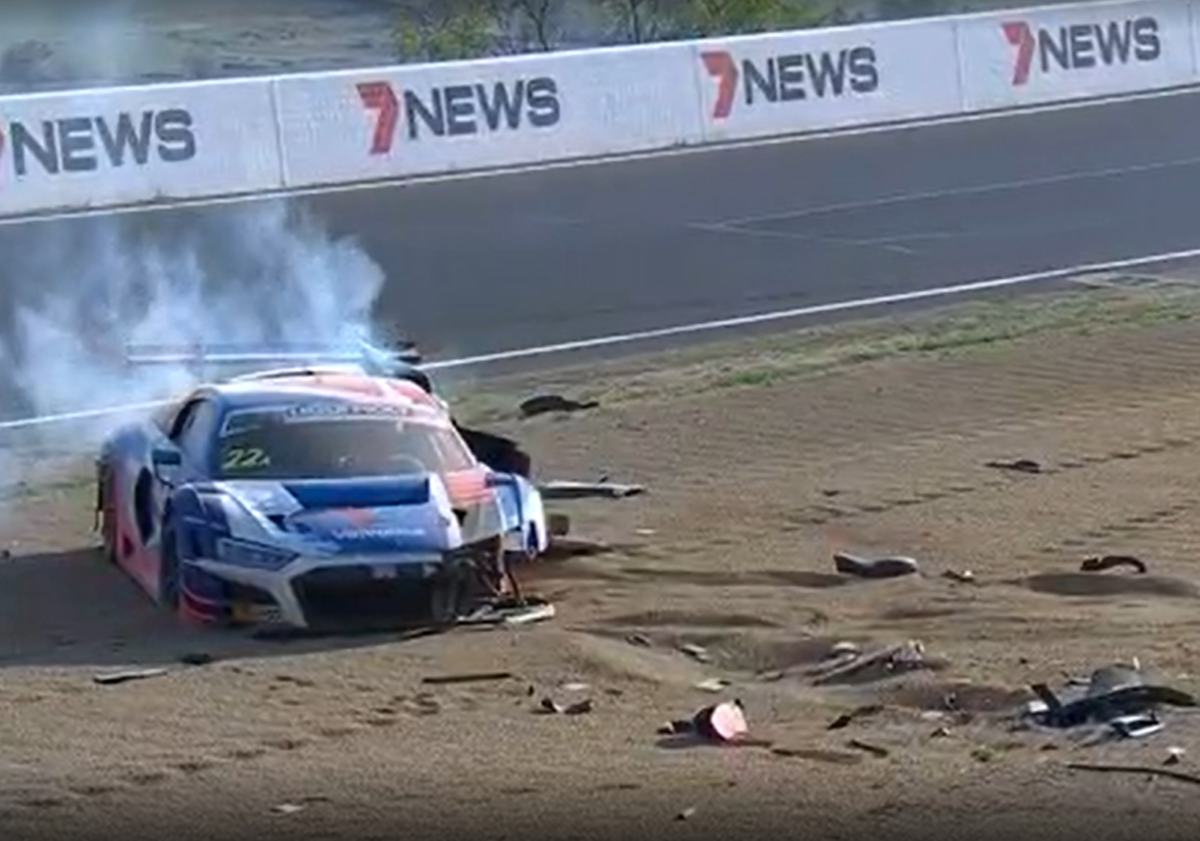 Garth Tander has become an early retirement from the 2020 Liqui-Moly Bathurst 12 Hour after a “scary” crash at McPhillamy Park.

The three-time Supercheap Auto Bathurst 1000 winner was running close behind the Audi Sport sister entry of Dries Vanthoor, who ran wide at the fast-left hander. 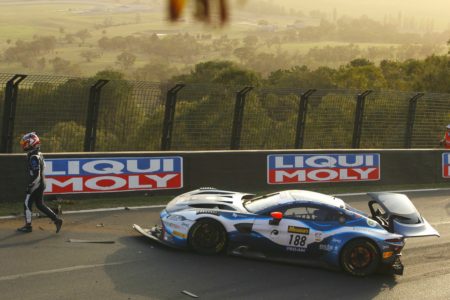 With nowhere to go, Tander lost control and spun, narrowly missing the front of Vanthoor’s R8 before heavily impacting the tyre wall.

“Dries ran a little bit wide and I just pinched the car a bit narrow, not trying to pass him, just trying to avoid him.

“When it swaps ends and goes the other way like that, it’s scary. I could see the wall coming, you know it’s coming, but I’m okay.”

The Tander entry was one of three cars forced out in the opening hours, with Come Ledogar crashing the Garage 59 Aston Martin in the Esses on Lap 38.

That incident, which saw the car become the first official retirement from the event, also triggered its first Safety Car.

It was closely followed by the retirement of the #6 Lamborghini Huracan when Jules Westwood tagged the wall with the front left, an incident the team has confirmed to Speedcafe.com.

Two other cars are also no longer circulating, namely the MARC II of Daniel Jilesen which found the wall at the top of the Mountain in the opening hour, and Warren Luff’s similar entry which had engine issues before catching fire in pit lane. 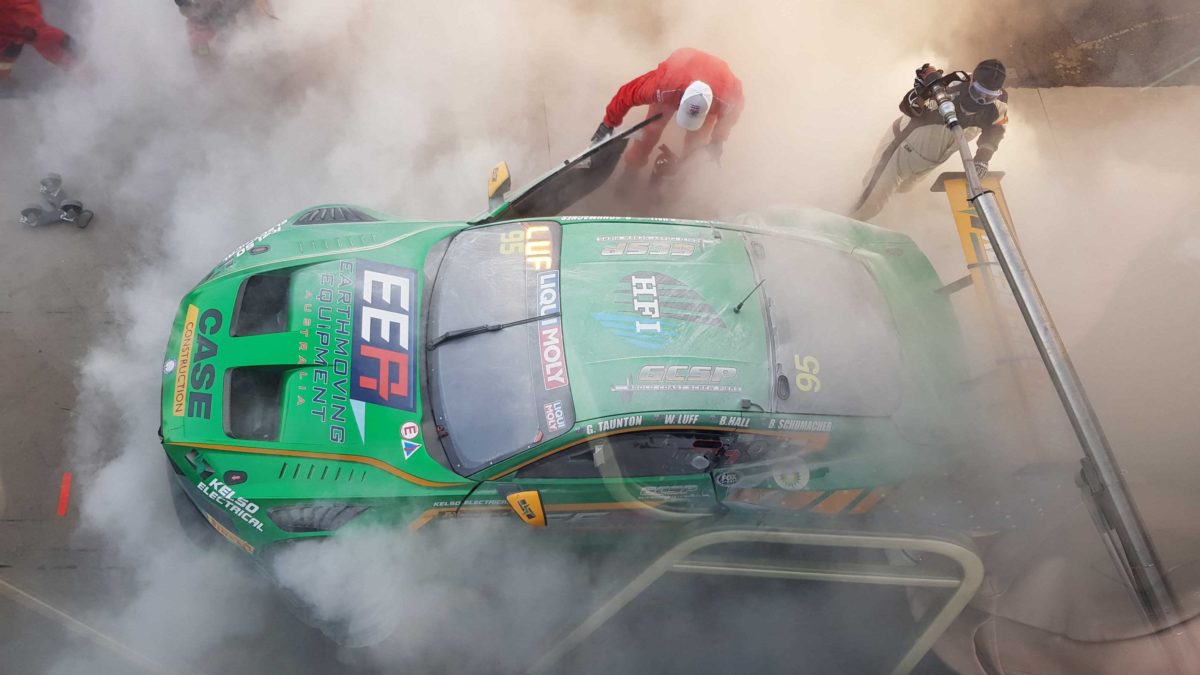 Next Story Bentley in front at halfway in Bathurst 12 Hour