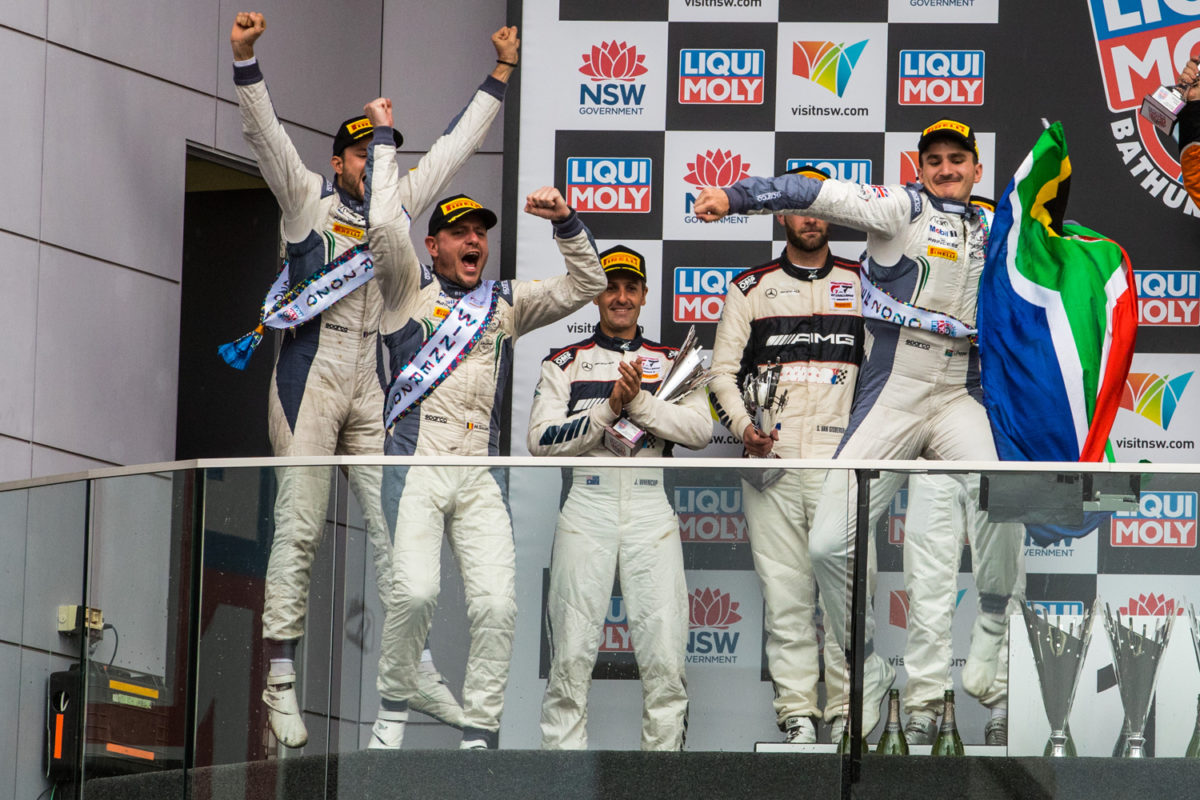 Jordan Pepper has hailed his Bentley M-Sport team after recovering from an early weekend setback to win the 2020 Liqui-Moly Bathurst 12 Hour.

The South African was part of the race winning trio, driving alongside Maxime Soulet and Jules Gounon to claim the British marque’s first success in the event.

It came at the end of a tumultuous weekend that saw the team fail to appear with either of its Bentley Continental GT3s in Practice 4.

The #7 Bentley suffered an engine issue on Friday afternoon, while the #8 car received attention firstly for a loom issue before needing repairs when Oliver Jarvis crashed with brake issues at The Chase on Saturday morning.

It saw the team use qualifying on Saturday afternoon as an additional practice session for the #7 entry, while the #8 would not rejoin proceedings until the race start on Sunday morning.

“This race, you want to get as many laps under your belt,” Pepper told Speedcafe.com.

“You see how the Mountain easily bites you and all of our confidence flow, comfort and luckily when we hit the track running in FP2 we felt the car was good.

“Obviously it came to a halt shortly after, we didn’t do half of FP3 and 4, but when we turned up on Saturday everything was perfect.

“Qualifying wasn’t ideal but we know that our car’s not suited over one lap speed, and with the lack of running we didn’t have time to work on a quali set-up so we focused on the race set-up even in qualifying.”

The lead Bentley worked its way forward, moving into the lead following the third round of stops, and remained in contention at the front of the race for the remainder of the day, taking the chequered flag 41.5s clear of the second placed 59Racing McLaren.

The win came after a number of failed attempts, including 12 months ago when its hopes ended when the car stopped while exiting the pits in the final hour of the race.

“We’ve had a few losses over the recent years and I think that’s made us stronger and come to this race more prepared than ever,” Pepper said.

“And we showed, although we had a tough weekend with the other car, and our car on Friday, we showed that we put a perfectly good package together for the race.”

The win was also Bentley’s first in the Intercontinental GT Challenge, a competition it now leads following the opening round of 2020.