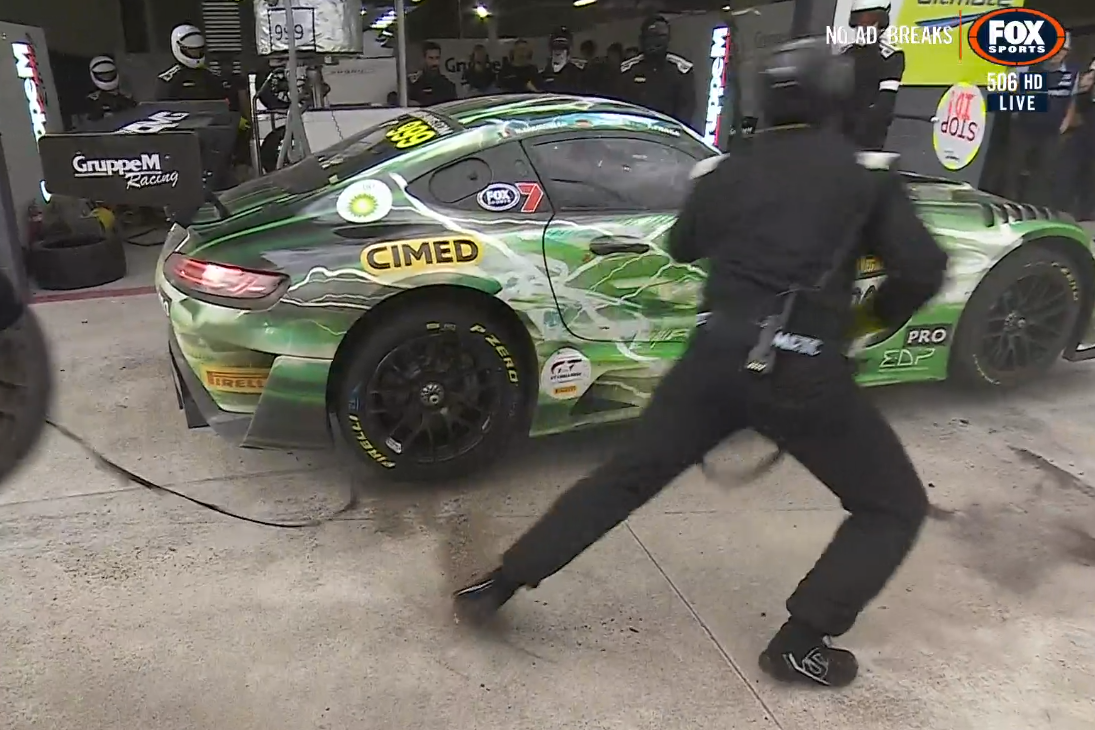 The #999 GruppeM Racing Mercedes-AMG GT3 has been slapped with a 30 second post-race penalty for an infringement during its final stop in the Bathurst 12 Hour.

Running second, Raffaele Marciello was forced into the pits on Lap 309 after picking up a right rear puncture under braking for The Chase.

Skating over the grass, Marciello brought the car in where the team promptly replaced the tyre, before he rejoined in third.

However, during the stop the Mercedes-AMG’s engine was not cut, a point that was investigated by stewards post-race.

Marciello then chased down and passed Tom Blomqvist in the closing stages to reclaim second by the flag before the penalty was applied.

Stewards quickly deliberated the point and handed down a 30 second penalty, applied to the #999’s race finishing time.

The penalty drops the Marciello, Felipe Fraga, and Maximilian Buhk combination from second at the flag to sixth, and promotes Triple Eight Race Engineering to third, and the McLaren trio of Alvaro Parente, Ben Barnicoat, and Blomqvist back to second.