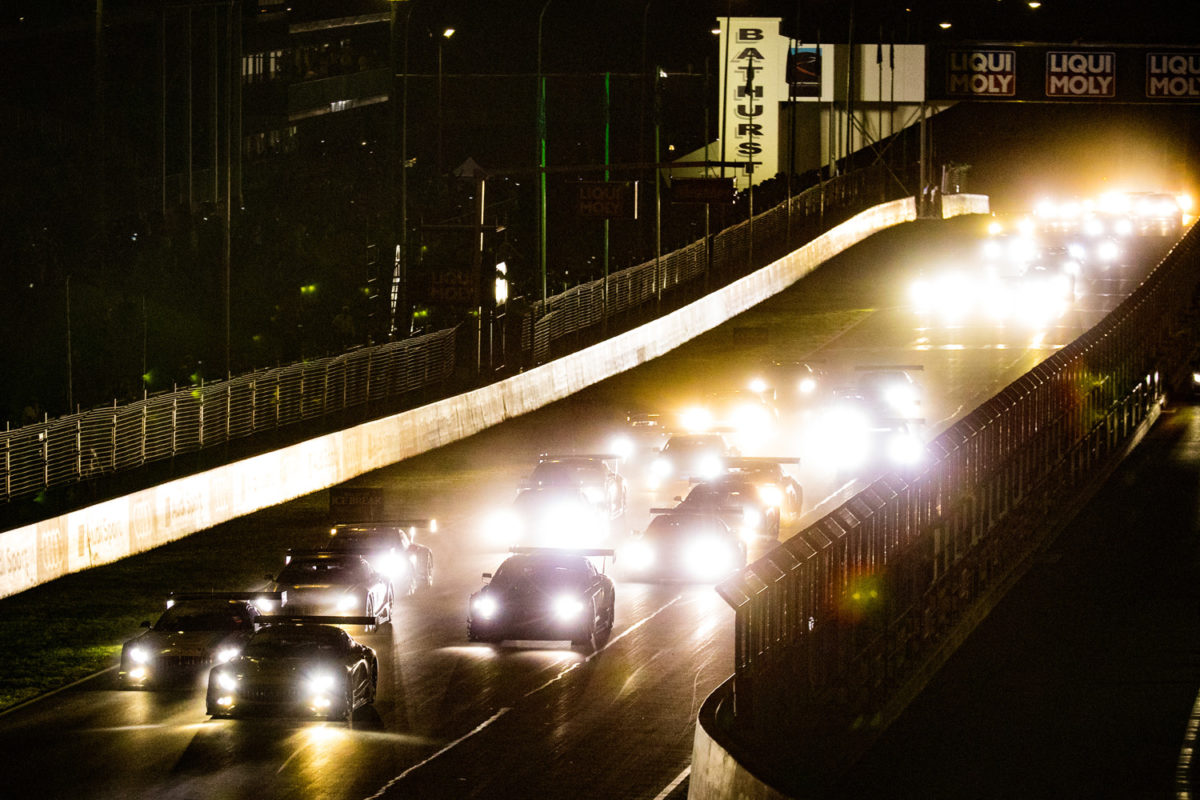 As the 2020 Liqui-Moly Bathurst 12 Hour gears up, Speedcafe.com summarises the most important regulations covering today’s event.

The race shall commence with a rolling start.

When the formation lap, completed behind Safety Car, begins, the clock also starts counting down.

The critical time for the race finish is in fact 17:43 local time (11 hours and 58 minutes after the start). From that point, the leader is shown the chequered flag at the second occasion that they cross the finish line after that time.

Drivers are restricted to a maximum of two-and-a-half hours in the car at a time, and must observe a minimum one-hour rest period between driving stints.

A breach of the maximum continuous driving time by up to five minutes attracts a 30-second penalty, added to the car’s race time, with 30 seconds added for each minute over the maximum driving time on top of that.

In a four-car crew, the maximum is exactly four hours per driver, but it should be noted that in any Class A entry with four Bronze-ranked drivers, there is also a minimum requirement of an hour and 40 minutes per driver.

Driving time is officially measured from pit exit to pit entry at the start and end of the period (ie immediately after and before driver changes), or from the start of the formation lap in the case of the first stint.

Refuelling must be completed before any other aspect of the pit stop can take place, with the exception of driver changes which can occur concurrently.

Drivers cannot perform any work on the car with the exception of replacing a drinks bottle and helping their counterpart into/out of the car.

Teams can nominate a Driver Assistant though they are bound by the same rules and can do no more than aid the drivers.

Between that and the restriction that only two rattle guns may be used at once (except for GT4 cars), the decision on whether or not to change tyres becomes a significant strategic consideration.

Four crew members are permitted to assist with refuelling a car, but only three can perform any work on the car beyond that – though teams can have up to six mechanics working on the car should they push it into the garage.

The car engine must be switched off during the stop, and fired up under its own steam once lowered from its jacks. The car must be on the ground while being refuelled, and refuelling must occur in pit lane.

As is the case in Supercars, drivers are not allowed to engage reverse gear in pit lane.

As per Australian regulations, weaving is not permitted once the Safety Car lights have been turned off.

All cars have 48 slick tyres for use across the weekend, except for a bonus set available to those in the Top 10 Shootout (which may only be used for the shootout).

Unlike other IGTC events, there is no ‘joker tyre’ – a rule which allows teams to replace a tyre damaged through no fault of their own.

Class A cars are allowed to use tyre ovens.