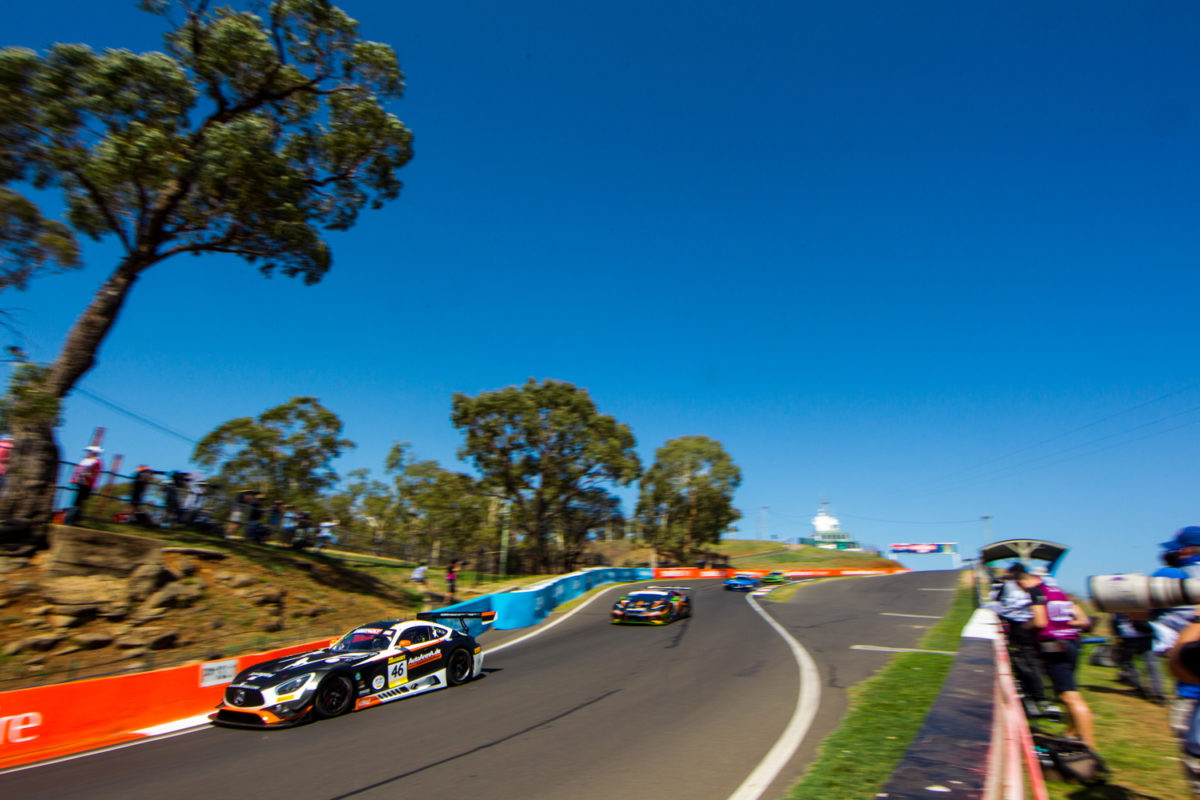 Preparations for this weekend’s Liqui-Moly Bathurst 12 Hour have been made difficult as a result of unprecedented temperatures from a heat wave sweeping Australia’s eastern seaboard.

Temperatures reached 38 degrees Celsius yesterday and are expected to top 40 degrees today as teams prepare for the once around the clock event.

Hour-long practice and qualifying sessions today mean that drivers will not be stressed too much in their cars, but tomorrow’s 12 hour enduro is a different story.

Even though there is not a support event today longer than 30 minutes, category and event organisers will be monitoring the schedule throughout the day.

There is also the threat of a dust storm the likes of which have caused havoc in the drought-affected region in recent weeks.

For the last 48 hours the temperature in Bathurst has not dropped below 26 degrees Celsius and it is expected to be close to 30 degrees when the race gets underway in darkness at 05.45 tomorrow.

The maximum temperature is expected to be a cooler 34 degrees tomorrow and there is a real threat of an afternoon thunderstorm.

Triple Eight Race Engineering boss Roland Dane said the soaring temperatures meant that teams had to be even more vigilant on their cooling systems and driver aids.

“The biggest thing is ensuring that teams keep an eye on the carbon monoxide levels in the car because the hotter it is the more damage that can be done to the driver,” Dane told Speedcafe.com.

“Today is expected to be the hottest day, but the good thing is that we have the least running.

“What happens tomorrow in regards to temperatures and predicted rain is anyone’s guess, but we know it is going to be hot.

“We just need to check and recheck everything like cooling systems and cool suits and ensure the drivers are looked after.

“The good thing is that these garages are amazingly cool which is good for the crews.”

The heat is playing havoc with many of the European-based teams who have come out of winter into a harsh Australian summer.

Turning a drivers’ lounge into a respite facility for anyone who is suffering from the heat is just one of several precautionary actions taken, according to Event Director, Kurt Sakzewski.

“We saw the predicted temperatures and have put a number of measures in place to try and combat it the best we can,” Sakzewski told Speedcafe.com

“We have dramatically increased our drinks order, have as many fridges and freezers as we can get our hands on and have thousands of hydrating ice blocks for our volunteers, staff and marshals.

“I think we have soaked up every air conditioner and fan available in the local area.”

Local race veteran Brian Nightingale, who has been attending or competing in events at Mount Panorama for more than 60 years, said this weekend’s temperatures were “unheard of”.

“I have never experienced a day like yesterday when it comes to heat,” Nightingale told Speedcafe.com.

“The crazy thing is that it is supposed to be hotter today.”