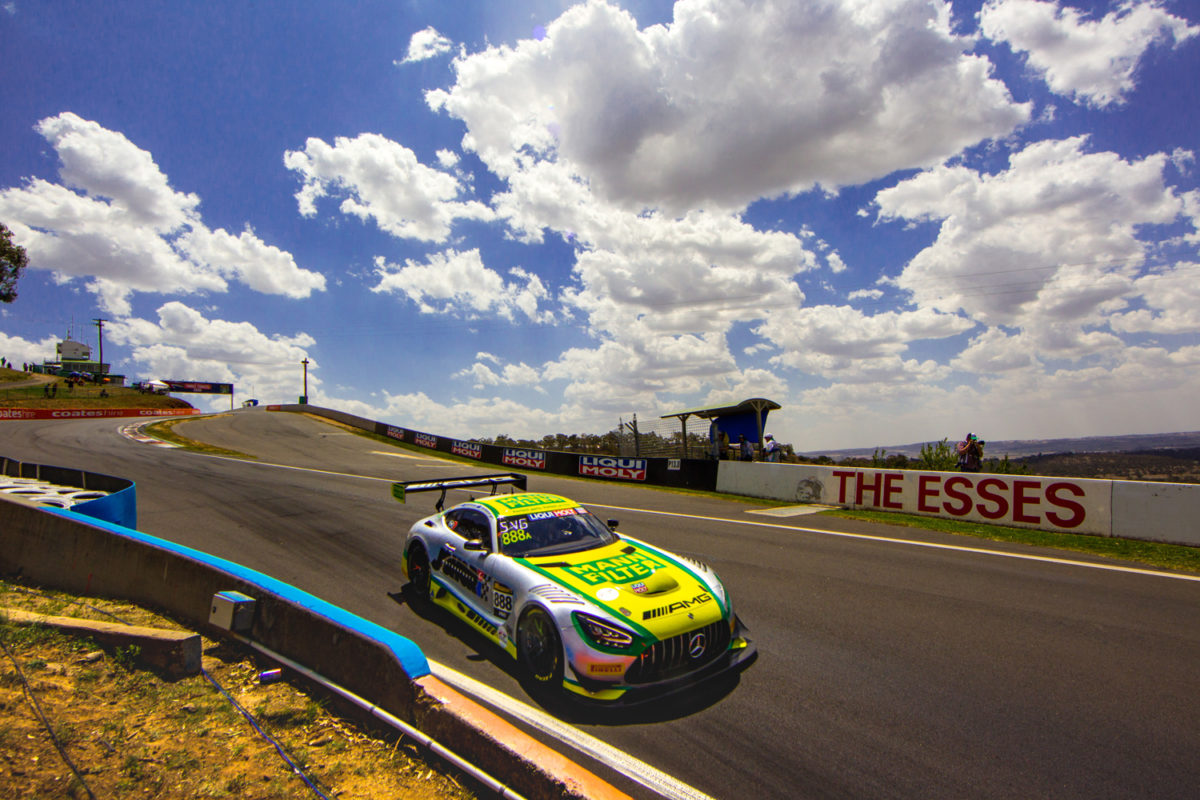 Mark Dutton has hailed his Triple Eight crew for a quick fix to a broken anti-rollbar which would have cost Shane van Gisbergen any chance of a Top 10 Shootout appearance.

The drama was discovered during the first red flag period of Qualifying 2 at the Liqui-Moly Bathurst 12 Hour, leading to fears that it would be too dangerous to send the wounded Mercedes-AMG GT3, which at that point had not set a lap time, back onto the race track.

However, the crew was able to complete the repair job and van Gisbergen finally made it onto the race track to record a lap time with almost 20 minutes of the half-hour session gone.

His following lap was a 2:03.9882s which left Car #888 10th on the timesheet when the session was called, and therefore into the Pirelli Top 10 Shootout.

“These cars don’t have cockpit adjustment for the anti-rollbars, so if you want to adjust the anti-rollbar stiffness you have to do it externally by mechanics,” Dutton, Triple Eight Race Engineering’s team manager, told Speedcafe.com.

“Our guys did a cracker job to nail it, because we didn’t think we’d be able to get the car back out.”

CLICK HERE for behind the scenes footage from Triple Eight, including the anti-rollbar drama

Van Gisbergen nevertheless still faced a more difficult task, not only due to the pressure of limited chances to set an adequate lap, but also because there had not been an opportunity to burn through the fuel load in the rear end of the Mercedes for the final runs.

Triple Eight had sent the New Zealander for a second run right at the death, but another red flag which curtailed the session denied him a chance to improve on his best time.

“You don’t get the laps, you don’t burn through your fuel load, and the car’s very sensitive to fuel load,” explained Dutton.

“You’re definitely going slower by doing fewer laps. One, when the driver has more shots with good sets of tyres, the quicker they’re going to go. But also, that fuel burn on the consecutive runs pays dividends as well.

“(Van Gisbergen) knew that he had to get it done because now (there was) less time; get it done, get around because then we still wanted to make sure we did the second run.

“Then we were on the second run ready to go (and there was a) red flag; don’t get another shot.”

Van Gisbergen went on to set the eighth fastest time in the Top 10 Shootout having stared down a starting position well outside the top 20, an achievement which Dutton said is actually more important than in the Supercheap Auto Bathurst 1000.

While the Bathurst 12 Hour is almost twice as long as the Supercars race, the pre-dawn start greatly increases the risk of circulating deep in the pack in the opening stint.

“With lots of quality cars and starting at night, it probably makes more difference in the 12 Hour than it does in the 1000 race – which is counter-intuitive because it’s a longer race, the 12 Hour – to be up the front,” noted Dutton.

“You start in the dark. When you’re starting that far out of position, you’re actually around some of those slower cars, so there’s more chance of being caught up in something that isn’t your issue.

“Pole’s fantastic, everyone loves getting pole, but it’s not nearly as important as being just in that lead bunch of the quicker drivers.”

Mercedes-AMG factory driver Maximilian Gotz has been nominated as the starting driver in Car #888 for the commencement of the race on Sunday at 05:45 local time/AEDT.

The other Triple Eight-run entry, the #777 Mercedes-AMG, has been withdrawn after Sam Shahin crashed in Qualifying 1 following contact with Cameron McConville.