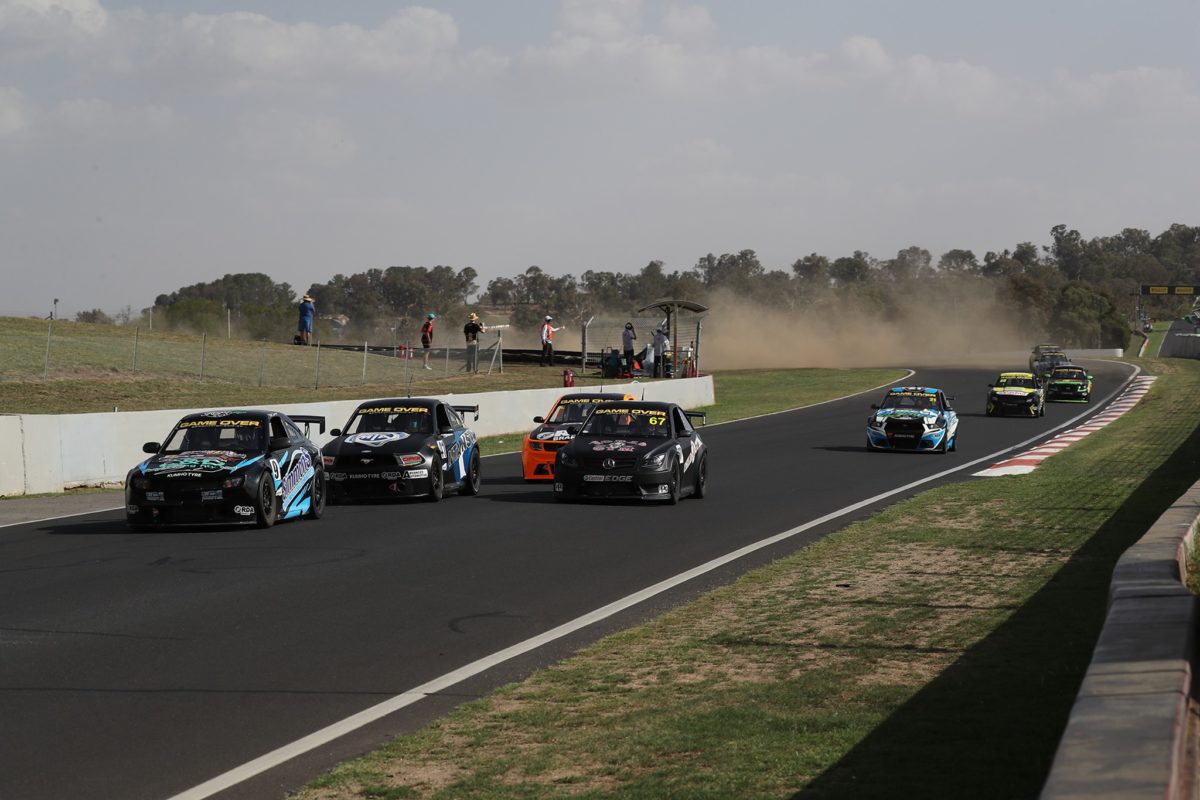 Nick Simmons has won the final race of Round 1 of Aussie Racing Cars in a dramatic final corner clash at the Liqui-Moly Bathurst 12 Hour.

In the final flying lap after a running under Safety Car conditions, Craig Woods and Paul Morris ran side by side down Conrod Straight before the latter dove to the inside.

The pair made contact at The Chase, sending Woods spinning off the track allowing Simmons to seize the opportunity and pass Morris on the outside heading into the final corner.

The show was not over for the 2014 Supercheap Auto Bathurst 1000 winner who made contact with Kody Garland sending him off at Murray’s Corner, while Race 3 winner Josh Anderson and Kyle Ensbey slipped through to finish behind Simmons in second and third respectively.

Craig Thompson had a better run after a troubled weekend and came home in eighth ahead of Woods who was quick to recover to remain in the top 10 with Adam Clark.

Joel Heinrich was lucky to recoup a 11th place finish after Ben Walsh tagged the back of him on Lap 1, sending him into the wall at Griffins Bend.

Simultaneously a moment for Charlotte Poynting’s car sent her colliding with the pair.

Walsh and Poynting were unable to continue but Heinrich headed back to the pits and was able to fix missing rear wing and rejoined in 18th under Safety Car conditions.

The Aussie Racing Cars Series now heads to Symmons Plains for Round 2 on April 3-5.