Kangaroos on the circuit

The final practice session for the Liqui-Moly Bathurst 12 Hour has been red flagged due to the presence of multiple kangaroos on the circuit.

Red flags flew in the first minute of the hour-long session due to the appearance of the marsupials near Griffins Bend and The Cutting.

The situation led to near misses between cars and animals, but there are not believed to have been any major incidents.

Following the calling of the red flag, a kangaroo was seen bounding through Reid Park and also The Esses.

Another had been sighted hopping through pit lane on Wednesday. 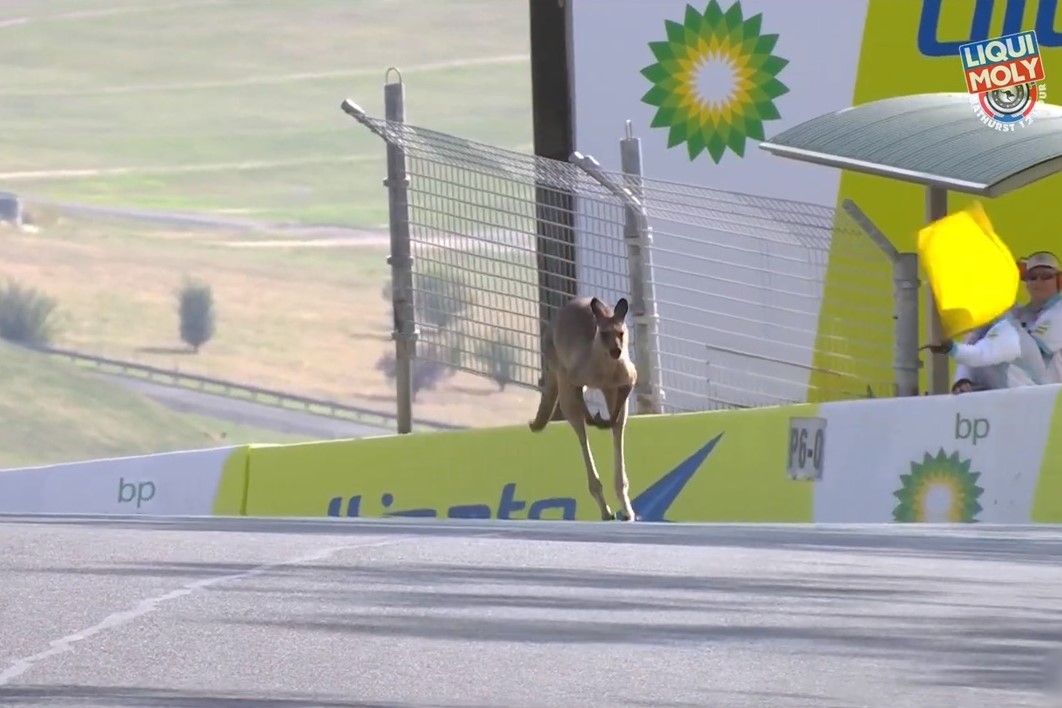