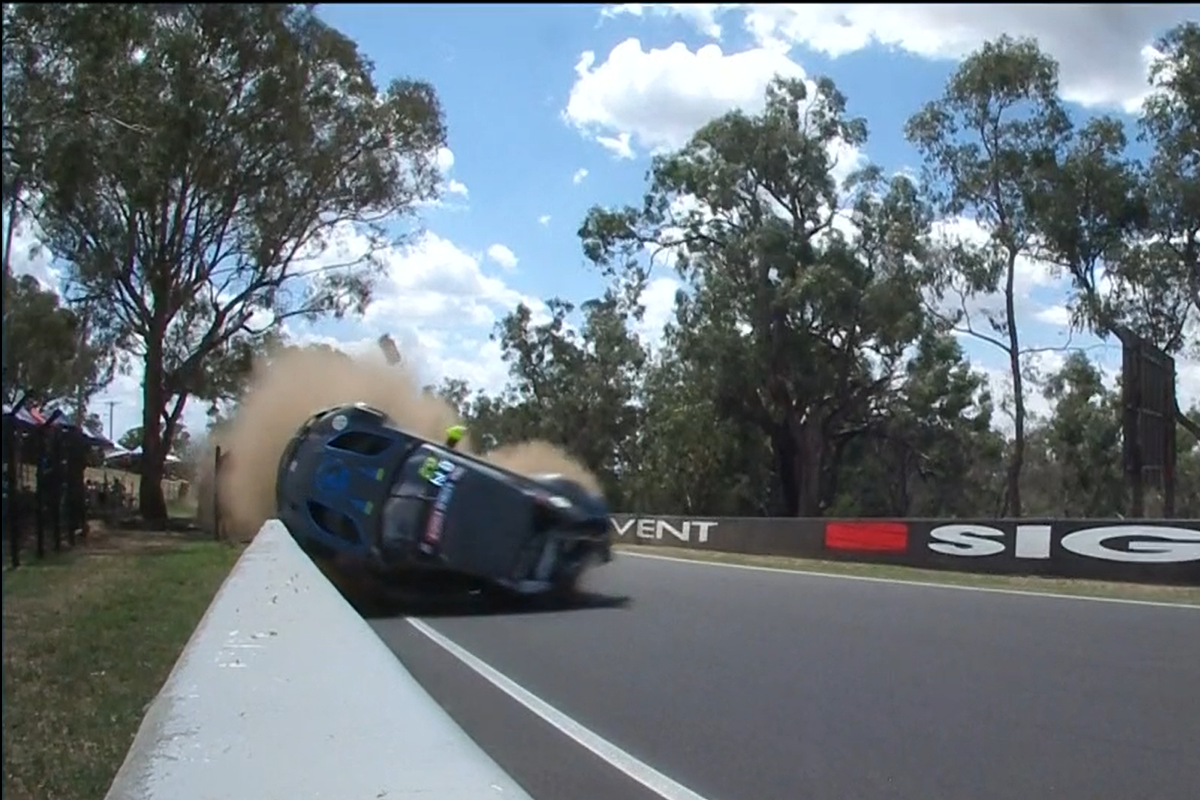 The Aston Martin gets picked up after hitting the wall pic: Fox Sports

Marvin Kirchhofer has walked away after a frightening crash in Qualifying 2 for the Liqui-Moly Bathurst 12 Hour which tipped his Aston Martin onto its roof.

The German touched the wall at The Metal Grate, which appeared to cause the #62 R-Motorsport entry to become unsettled.

From there, Kirchhofer lost the rear and backed into the concrete wall, with the heavy contact picked up the Aston as it rode along the wall and up the road.

It appeared to roll all the way over but came to rest in an upright position on the rise to McPhillamy Park, before Kirchhofer stepped out of the car unassisted.

“I just saw parts, dust, everything and when I… I slowed down to first gear or less than first gear,” recalled van der Zande.

“I looked from the right and the whole side of the car was broken and destroyed. I saw him hanging like this, so I thought this is not good.

“I thought, you know, we’ve all been in accidents and the first thing you want (after the crash) is to see someone that you know.

“I just thought ‘jump out and see what it’s like and help him to get out of the door’ because the door was stuck, everything was destroyed.

“He straight away said he’s… when looked very dizzy but he was okay. I think he jumped out by himself after that. I just helped him to get the door out of the way.”

Van der Zande, who won the 24 Hours of outright Daytona last weekend, called for calm after a spate of crashes so far.

“It’s crazy how many accidents there are and I think it’s kind of stupid as well to push so hard,” he added.

“It’s a 12-hour race and I think we need to calm down a little bit and see how we can bring it from the six-hour mark, and now the zero-hour mark.

“I hope tomorrow at the start they will take it easy. It’s dark, its going to be chaos. Stay calm everyone.”

The crash caused the third red flag of qualifying, including the two in the earlier, 45-minute session.

Qualifying 2 is back underway now. 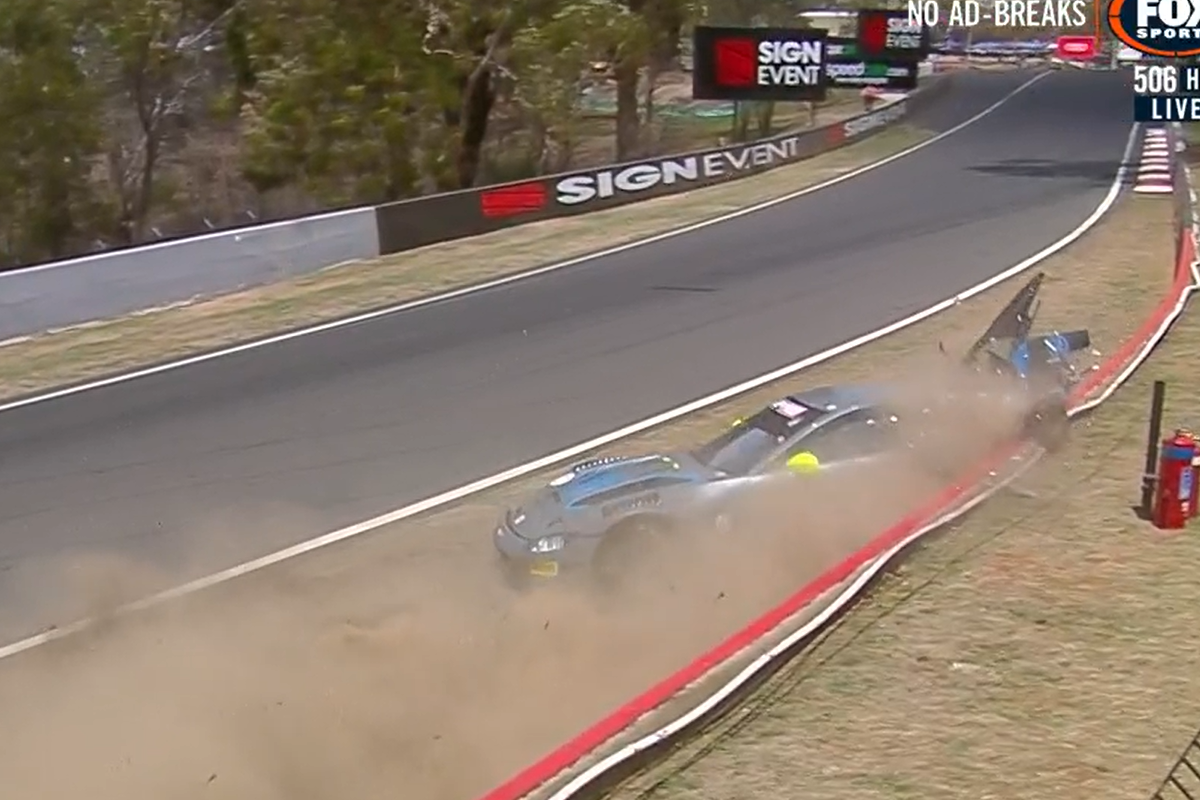 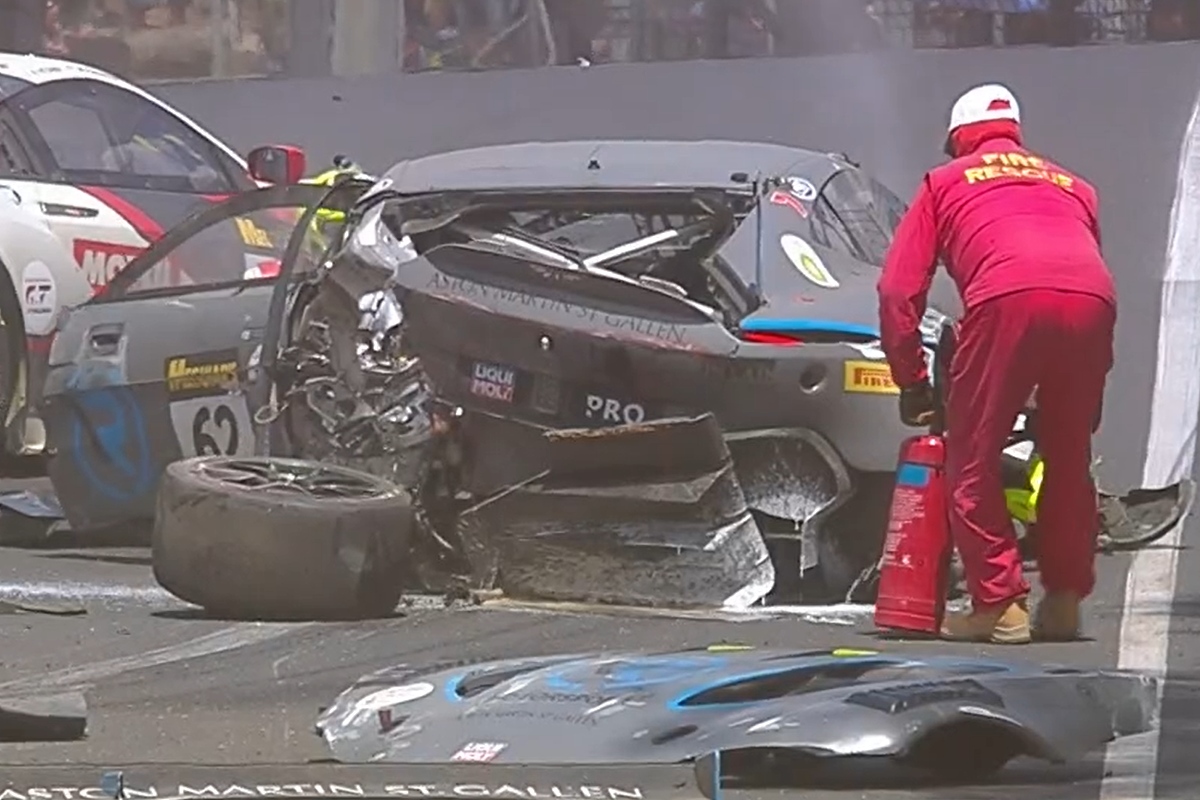