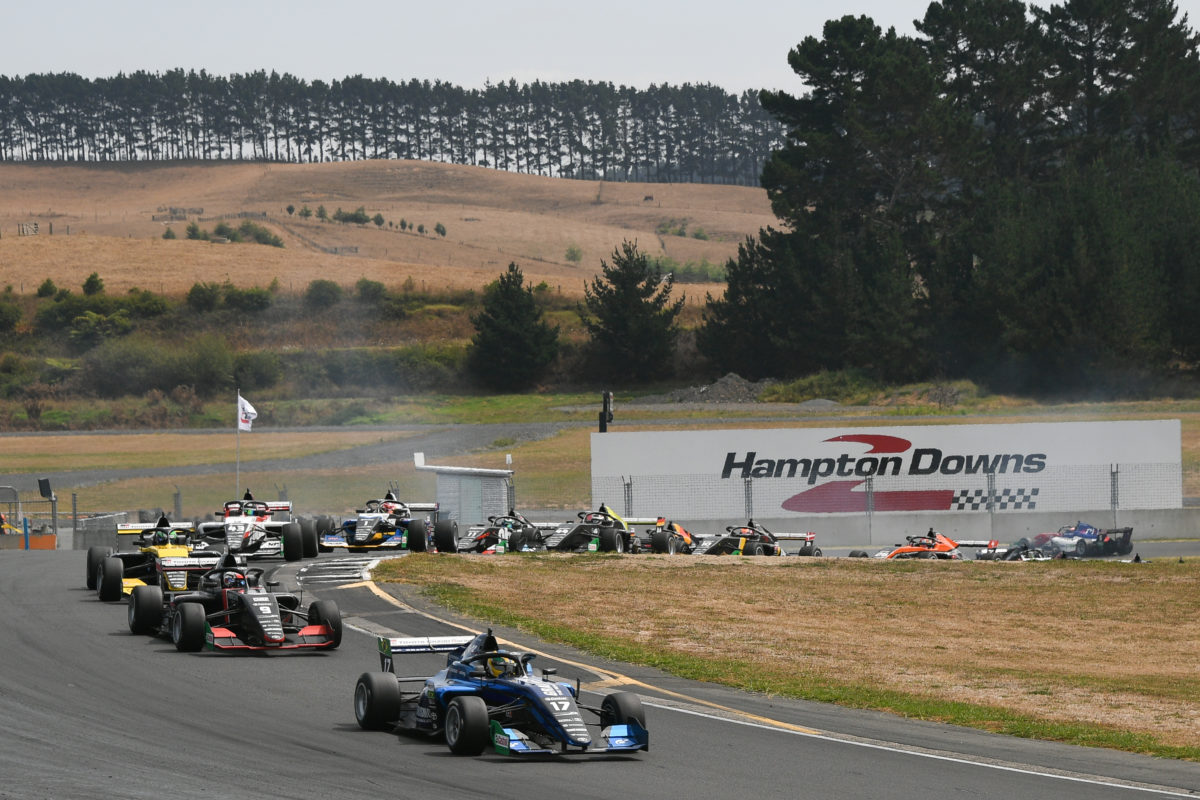 Fraga claimed the first race win of the weekend and closed the points gap to series leader champion Liam Lawson.

The Brazilian made a strong launch from the second row, passing pole positioned Petr Ptacek and a slow-starting Lawson.

Fraga consequently dominated the field, overcoming an early Safety Car to win the 20-lap race by a three second margin.

“It feels amazing,” he said afterwards.

“It means a lot. We have been working so hard and after all the hard work, finally the goals start to feel closer.

“We need to keep focussed for the next races and get more strong results.”

Reigning champion Lawson had a challenging run in fifth in the early stages but was able to make passes on Franco Colapinto, Caio Collet and finally Ptacek to come home in second.

The opening lap saw a rush down to Turn 2, where Petersson, Kohlbecker and Denner got tangled in the mid-field, the latter duo spinning and bringing out the Safety Car.

Kohlbecker was able to rejoin with front wing damage but Denner was forced to retire. Kohlbecker headed to pitlane a lap later for a new nose and front wing.

Ptacek was able to hold on to third under pressure from Caio and Colapinto handing the Czech racer his best race result.

Caio and Colapinto finished fourth and fifth, followed by Oliver Rasmussen in sixth. Yuki Tsunoda and Jackson Walls locked in an early battle seventh with the latter settling for eighth at the flag.

Post-race penalties pushed Lucas Petersson and Tijmen van der Helm to the back of the field, Petersson’s for being the cause of the Kohlbecker and Denner incident and van der Helm was penalised for causing Axel Gnos to spin at the restart.

The Toyota Racing Series will be back for qualifying and two further races tomorrow.