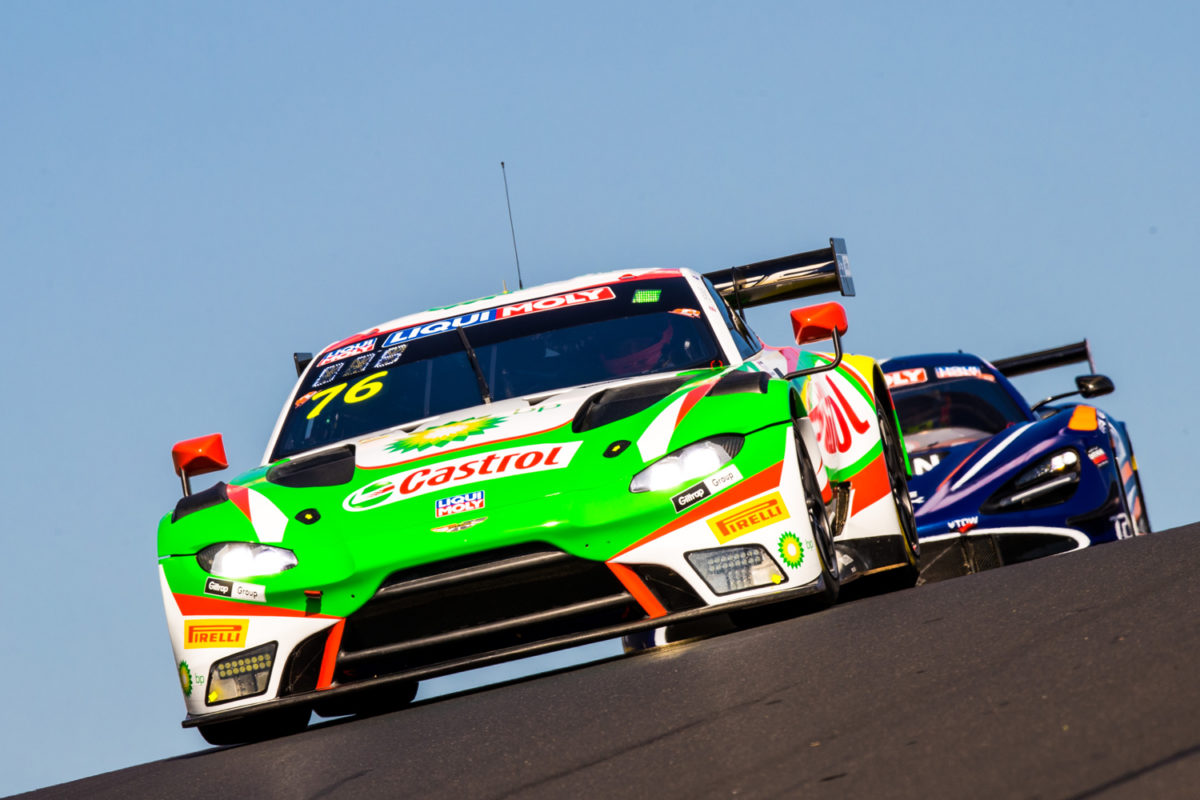 The New Zealander is making his debut at Mount Panorama, where he’s sharing a Castrol-backed R-Motorsport Aston Martin with Rick Kelly and Jake Dennis.

Last year, Dennis piloted the previous generation Aston Martin Vantage V12 GT3 to the fastest time in the Top 10 Shootout, and was in contention for the race win in the closing stages.

This year, R-Motorsport boasts the latest generation car, which comes with a small capacity turbocharged engine.

However the new car does not look to have the same level of performance around the Mount Panorama circuit as the team enjoyed in 2019, with the Dixon/Kelly/Dennis trio ending the day 14th and 1.6s off the outright pace.

“It seemed like the old car was pretty competitive last year, but it (new car) doesn’t have the straight-line like it did last year.

“Also the acceleration in first and second gear, it’s quite delayed so I think maybe the boost table is not totally correct for it.

“Hopefully we get an adjustment here soon, before qualifying or something maybe.”

Having never visited Bathurst previously, Dixon admits it’s a mammoth challenge to learn the circuit while simultaneously coming to grips with a new car.

The 2008 Indianapolis 500 winner suggests there are individual elements of the circuit which remind him of others, but that it presents something entirely unique.

“You have elements maybe from street courses that feel similar, but just the elevation change with that combined is like nothing else really,” he said.

“You kind of have an elevation of a Mid-Ohio combined with like a tight section of St Pete, maybe. For me, no, it’s not really like anything. It’s crazy.

“It’s everything I expected it to be as far as the difficulty level,” he added.

“It’s been good so far. I feel like I’m starting to get kind of where I need to be. Jake and both Rick have been a huge help.

“The high speed actually I felt I was fairly decent with the tree part (Reid Park), that one, and then the Grate.

“I actually felt quite comfortable in the first session then we made some changes in (Practice 4) and then I actually started the session, so it’s hard to know what the balance was.

“Even Jake nearly spun a couple of times in the Tree, so the car was quite loose.”