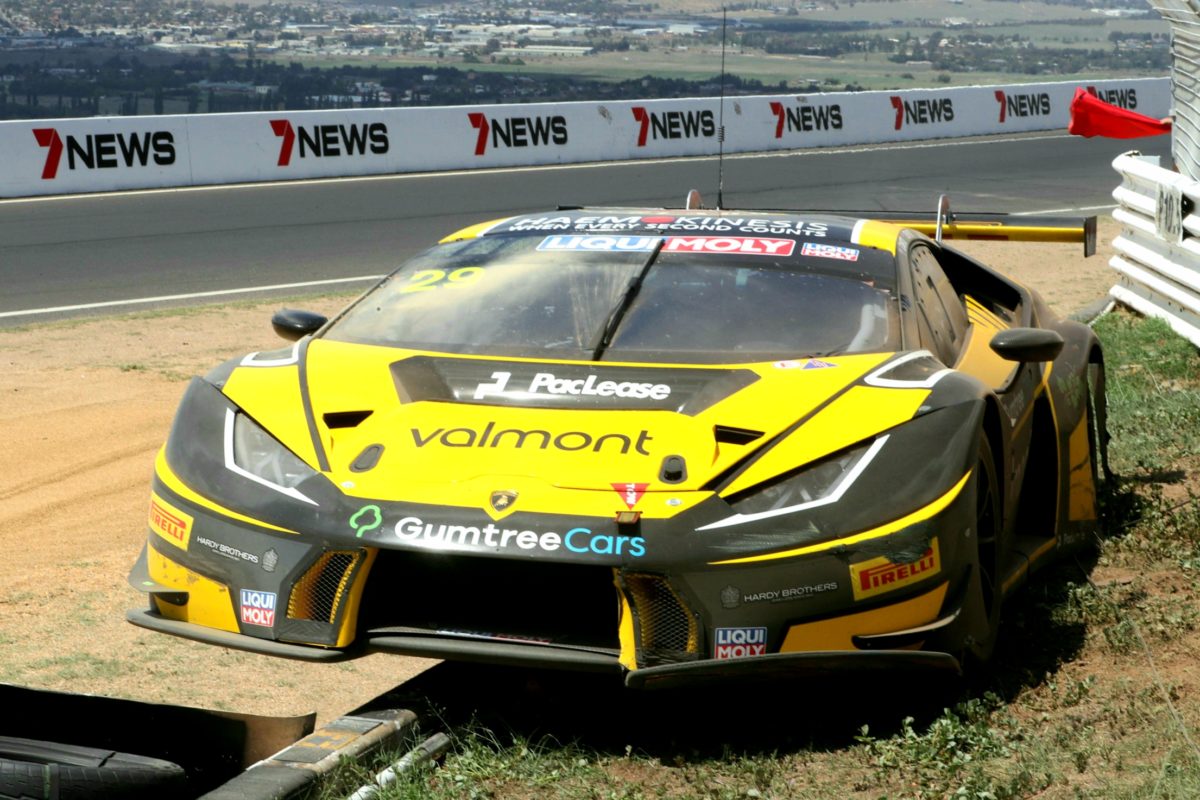 The Trofeo Motorsport Lamborghini as it came to rest 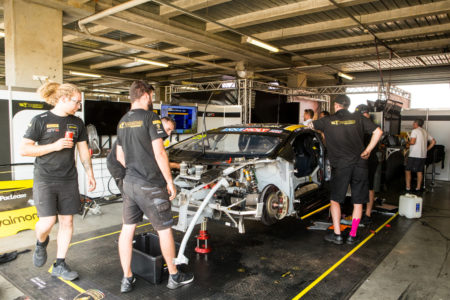 The Lamborghini Huracan GT3 which ended qualifying atop the concrete fencing at McPhillamy Park will start Sunday’s Liqui-Moly Bathurst 12 Hour.

Dean Canto lost control of the Trofeo Motorsport entry in the latter stages of Qualifying 2, skating through the gravel trap before making impact with the tyre bundles with the left rear of the car.

The impact thrust the car up and over the barrier, ultimately coming to rest on its belly atop the concrete wall.

“(I) just came in there like I had every other lap and turned in, the back kicked,” Canto told Speedcafe.com.

“I was like ‘oh yeah, it kicked just a little bit’, (and I) started to correct but it just let go in a hurry.

“Then obviously the front made contact with the wall, but I was in trouble well before then.

“As it was going backwards the gravel trap was really inefficient for that sort of slide off the track, I guess.

“The next bit was quite violent. Thankfully I didn’t end up in the crowd and I’m still here.”

Canto admits the incident was unlike any he’s ever experienced in his career, and was thankful he made contact with the tyre bundles rather than the bare concrete wall that claimed Sam Shahin earlier in the session.

“As it was heading back through the gravel trap I thought ‘Well, it’s not slowing down’ and I could see the tyre bundles were getting closer,” Canto recounted.

“I was thinking ‘Hopefully we make the tyres’ because that concrete wall that’s at the end of that tyre bundle destroys cars.

“As we made first contact I thought ‘Ah yep, that’s the tyre bundle, it’s just going to sort of bounce off’. Then the next thing I know is my head’s facing down at the pedals because the launch sort of sent me that way.

“I sort of hung on at that point because I knew I was airborne. The next thing I know was ‘Ah that hurt’, sort of in my middle back as it landed.

“When I hopped out I didn’t realise where it had parked but got out and sort of realised the severity of where it almost ended up in the crowd and in the flag marshal post.”

Despite the apparent ferocity of the incident, the car is set to make the start of Sunday’s race.

The team has confirmed to Speedcafe.com that it has inspected the gearbox, replaced driveshafts and suspension components and, besides a late night, is confident it will be on the grid for the 05:45 start (local time/AEDT).

The Trofeo Motorsport entry ended the day with the 29th fastest time, with Canto to share driving duties with Liam Talbot, Marcel Zalloua, and Grant Denyer. 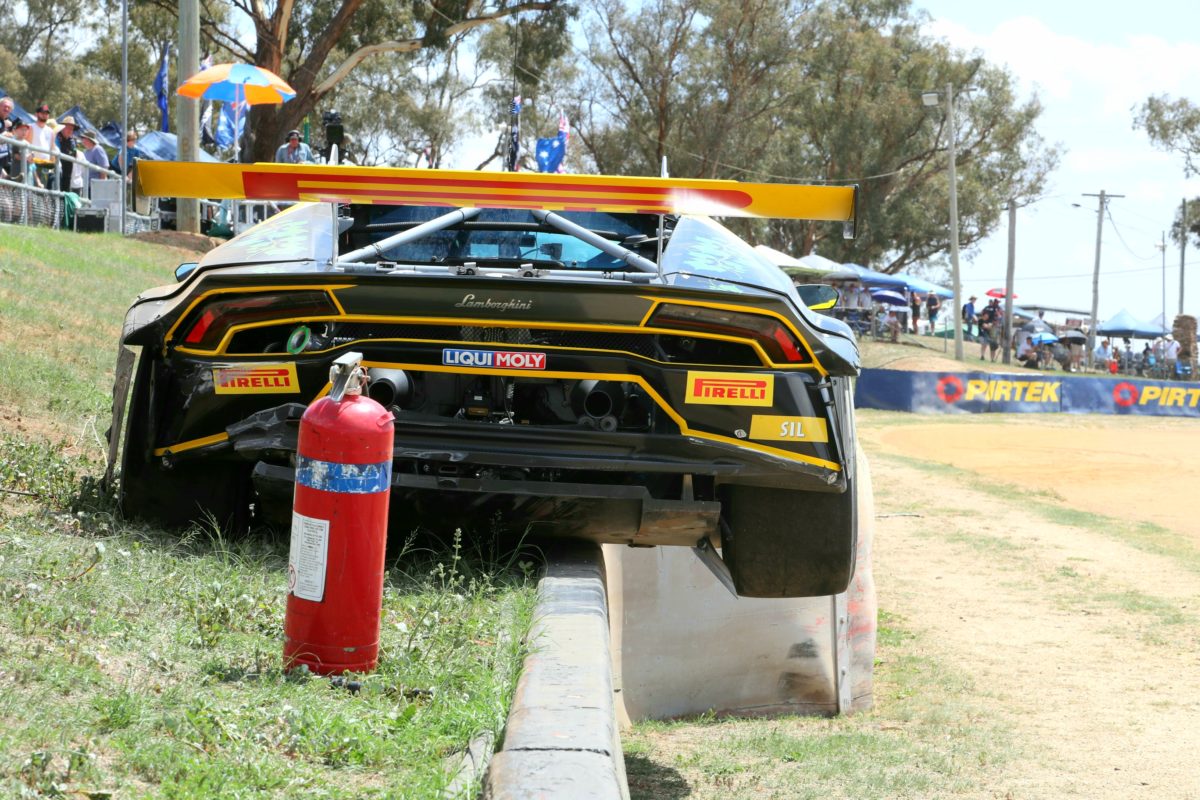