Campbell’s shootout lap his ‘most solid’ of the weekend

Campbell’s shootout lap his ‘most solid’ of the weekend 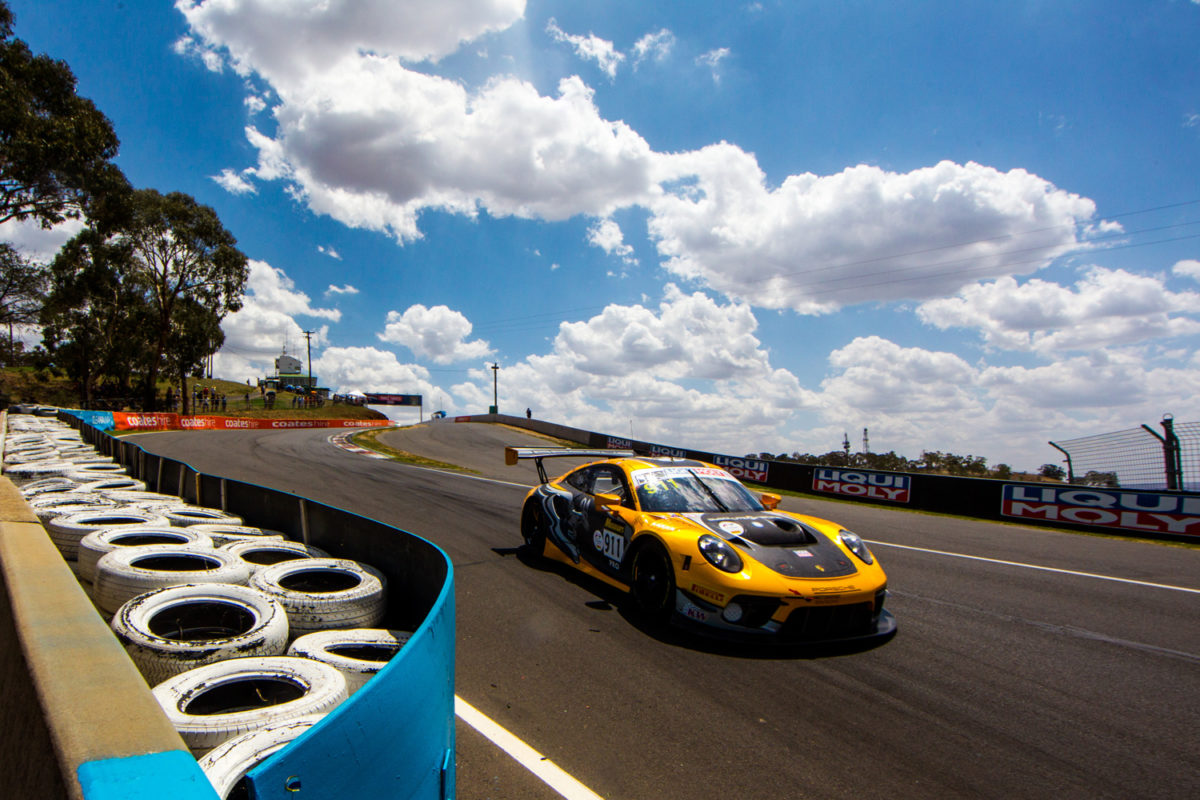 Matt Campbell has described his shootout lap which yielded pole position for the Liqui-Moly Bathurst 12 Hour as his “most solid” of the weekend so far.

Campbell went fastest in the Pirelli Top 10 Shootout with a 2:03.5554s in the #911 Absolute Racing Porsche 911 GT3 R, two tenths faster than next-best in Alvaro Parente (#60 59Racing McLaren) and four tenths up on Laurens Vanthoor in the other Porsche to make the session.

The 2019 race winner referred to missing “a few apexes” during his television interview immediately after the shootout, but subsequently explained that he was actually pleased with how he adapted to the set-up direction which Absolute Racing had taken with the car.

“It was actually funny because in qualifying our car was a little bit nervous on entry,” recounted Campbell.

“Obviously not knowing what the conditions were going to do, we left the car the same and I actually tried to carry a little bit more speed in than we would have liked; just generate a little bit of understeer, just to settle down the car as well.

“For sure, it didn’t look like the perfect lap but inside the car but I must say that I was, (for) the whole weekend, the most solid it’s been.

“So, hats off to the team, we weren’t quite happy with the car early in the weekend, and we got a little bit better this morning (Practice 5).

“Then obviously in qualifying we just had to find the pace with the new tyres. We hadn’t really got much experience on the new tyres yet and the speed just came to us straight away.”

Campbell was last car onto the race track in the shootout and had put almost half a second on Parente’s provisional pole lap in the first sector alone, and found almost three more tenths relative to the Portuguese in Sector 2.

While he was not aware of that information, Campbell said that the split to the reference lap from the preceding session allowed him to relax across the top.

“We had the lap time in the car from the qualifying session two this afternoon, so a similar lap, and I knew that as soon as I got through Turn 2 and Turn 4 cleanly, I was on a good lap,” recalled the Queenslander.

“That takes a little bit of pressure off to be honest, because then you don’t have to push so much over the top and take so much risk.

“Tou know the feeling of the car and what it’s meant to be doing so you can just try and drive to what you did in Qualifying 2 earlier in the day and that’s all I really tried to do.”

Campbell was behind the wheel at the finish to help deliver Porsche its first Bathurst 12 Hour win last year, and today’s pole is also the first for the German marque in the event.

“I’ve been trying to give us pole for a few years now and always managed to stuff it up but I’m really happy to get it in the brand-new generation GT3 R here, on its debut,” he remarked.

“(It’s a) great way to start the weekend but in saying that, it’s quite irrelevant come tomorrow afternoon or tomorrow morning.

“It’s a long 12 hours and as long as we get through Turn 1 fine, we just need to settle into a rhythm and tick over them hours.”

Campbell will share the #911 Porsche with Mathieu Jaminet and Patrick Pilet, with race start scheduled for tomorrow at 05:45 local time/AEDT.