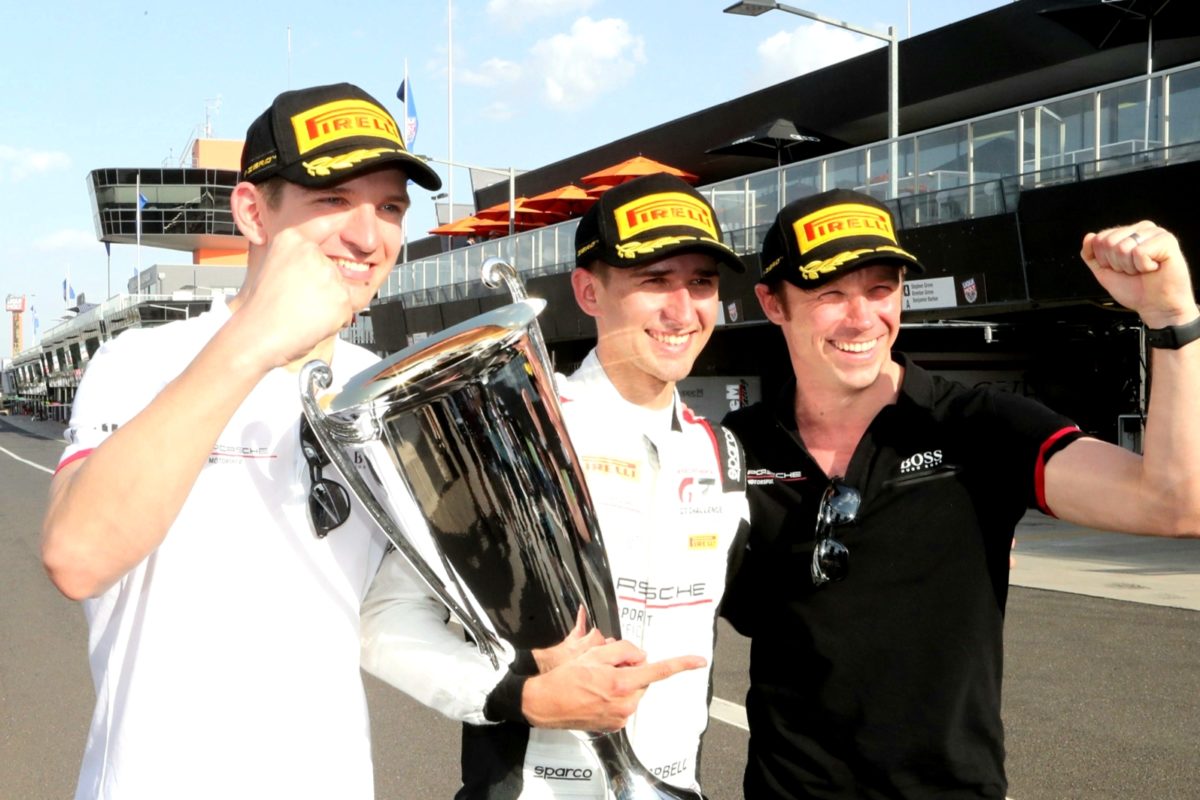 Matt Campbell has put the #911 Absolute Racing Porsche on pole position for the Liqui-Moly Bathurst 12 Hour with a storming shootout lap.

The lead Absolute Porsche will share the front row of the grid with the #60 McLaren of 59Racing courtesy of another Bathurst 12 Hour winner in Alvaro Parente.

The latter was third-last out for the Pirelli Top 10 Shootout and while he was competitive enough to the first sector, Parente was only seventh fastest across the top.

His run from Forrest’s Elbow to the finish line, however, was good enough to put the 720S on provisional pole with a 2:03.7802s and only two more cars to run.

Maro Engel was next onto the race track and approximately matched Parente to the second sector but gave up three tenths in the third in the #77 Craft-Bamboo Black Falcon Mercedes-AMG.

As such, only the 2019 race winner could deny the 2016 race winner, and that was exactly what he did.

Campbell clocked the fastest first sector split and a second sector which put him seven tenths up on Parente to the exit of Forrest’s Elbow.

The Porsche lacked the straight line speed of the McLaren but Campbell had given himself enough margin to take pole by 0.2248s with a 2:03.5554s.

The #999 GruppeM Mercedes-AMG will start inside of the #18 KCMG Nissan on Row 2 after Raffaele Marciello dislodged Joao Paulo de Oliveira from the top of the timing screen at that point with a 2:03.8219s to the Brazilian’s 2:03.9403s.

Laurens Vanthoor made it two Porsches in the top five with a 2:03.9829s in the #1 Earl Bamber Motorsport entry, while Engel’s 2:04.0769s was the sixth fastest lap of the session.

The #222 Valvoline Audi is due to start seventh after Kelvin van der Linde’s 2:04.3442s, which came following a twitch at Hell Corner that put the South African wide of the ideal line.

Shane van Gisbergen was the next biggest mover after de Oliveira, putting the #888 Triple Eight Mercedes-AMG eighth on the grid with a 2:04.3560s to kick off proceedings in the shootout.

Marco Mapelli followed van Gisbergen onto the circuit and, having given up more than three tenths of a second in the first sector, could not pull enough back as he clocked a 2:04.5014s in the #63 Orange1 FFF Lamborghini.

Jake Dennis qualified 10th from a provisional eighth with a 2:04.7524s in the #76 R-Motorsport Aston Martin.