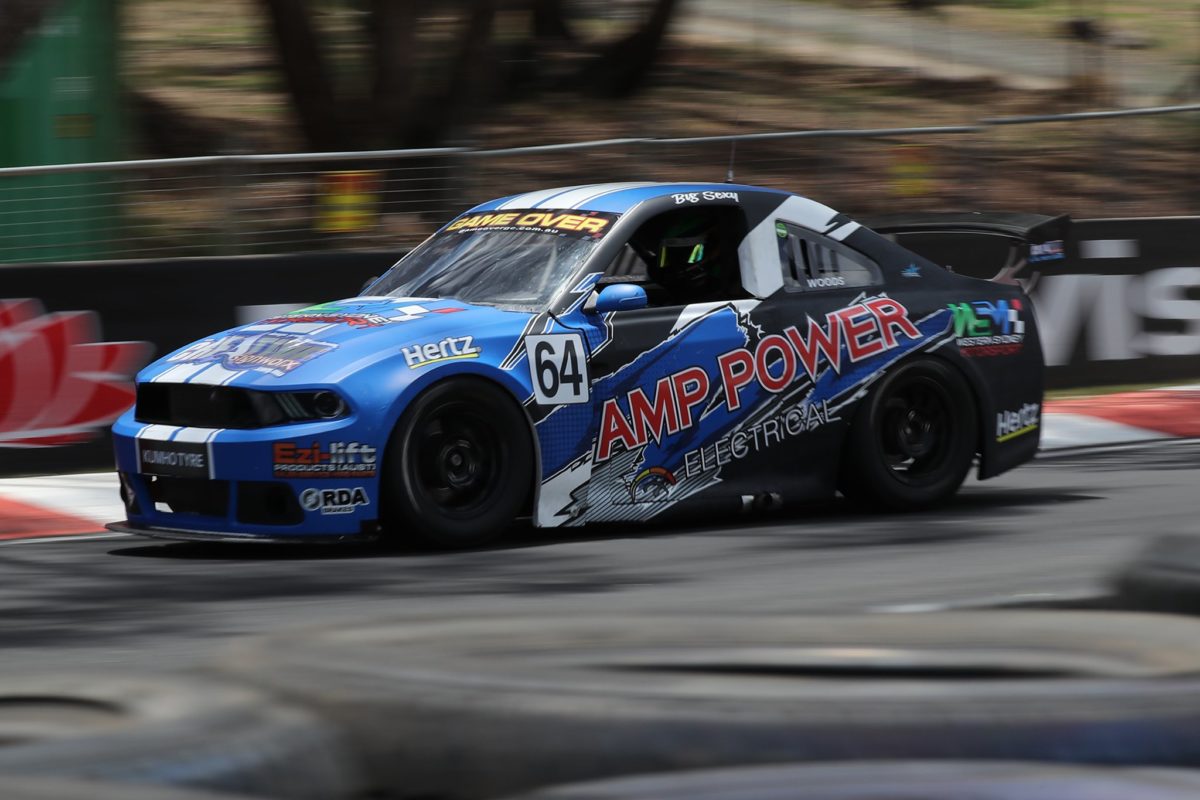 Craig Woods has won Race 2 of the opening round of the Aussie Racing Car season, holding off a late charge from Josh Anderson at the Liqui-Moly Bathurst 12 Hour.

Woods started third behind Race 1 winner Joel Heinrich and Paul Morris only to drop back to fifth in the opening lap as Morris took the lead.

Heinrich and Morris continued their battle into The Chase with Heinrich passing the latter on Lap 1, only for the 2014 Supercheap Auto Bathurst 1000 winner to regain the lead on Mountain Straight on Lap 2.

A daring move by Nick Simmons at The Esses on Lap 2 saw him side by side with Morris and taking the lead before he dropped down the field with a mechanical issue.

As Morris regained the lead for the third time, Woods moved up to second and took the lead on Lap 3.

Woods was able to extend his margin out to 1.7s by Lap 7, but as Anderson overtook Morris for second, the charge to the flag began.

Over the following two laps Anderson reduced the margin only to fall 0.1s shy of Woods at the chequered flag, followed by Morris in third.

A tight battle for the rest of the top ten saw Reece Chapman hold off Kyle Ensby for eighth, with Kent Quinn claiming tenth place.

Craig Thompson saw his bad luck continue as an engine fire erupted as he crossed the line, adding to the fuel spill his suffered in the combined practice and qualifying session earlier today.

Woods victory now sees him tied with Paul Morris for Round 1, with both of them on 100 points after Race 2.

Race 3 for the Aussie Race Cars will commence with a reverse grid from 10:45 local time.