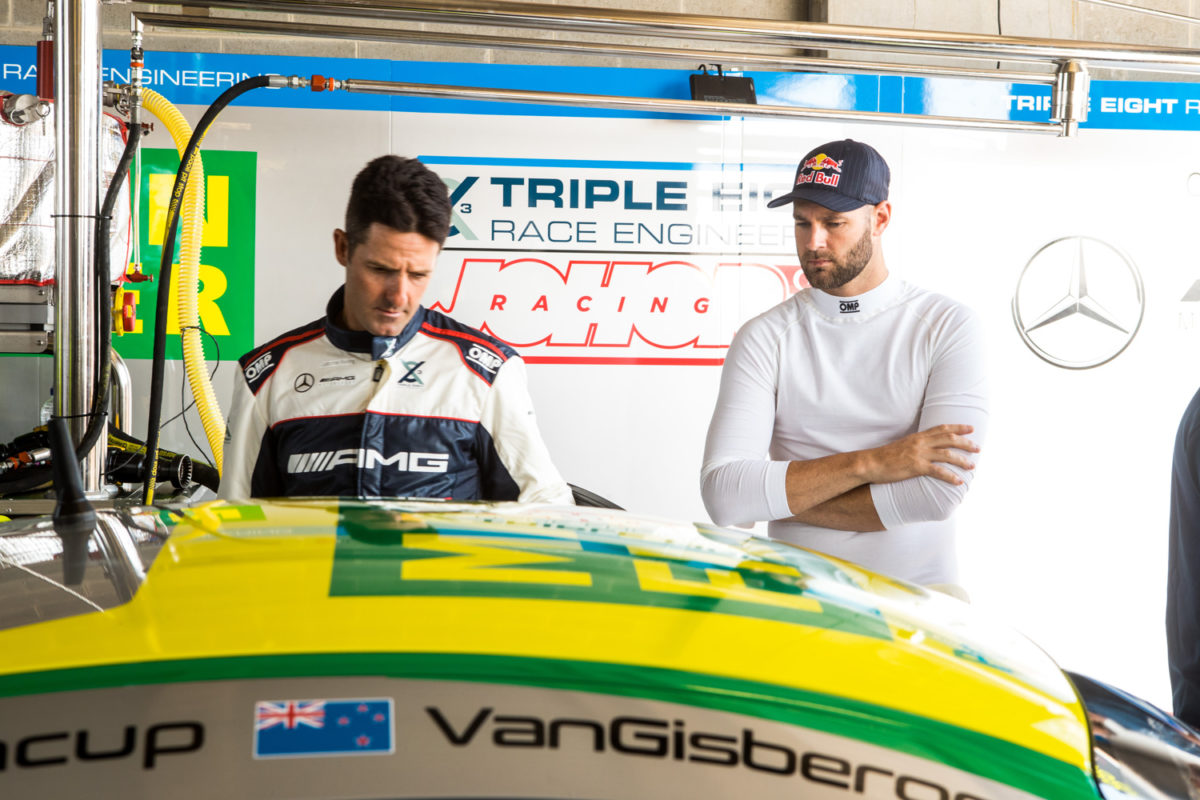 Shane van Gisbergen expects his rivals to catch up

Shane van Gisbergen expects the field to close the gap to Triple Eight Race Engineering after the Mercedes-AMG squad topped Practice 4 at the Liqui-Moly Bathurst 12 Hour.

Van Gisbergen and Anton De Pasquale ended the second first and second respectively after an enthralling tussle in the closing minutes of the session.

While enthusiastic about his own team’s performance, van Gisbergen warns that the rest of the field has not shown its full hand.

“We’re probably the only ones not sandbagging,” van Gisbergen said following Practice 4.

“So our two cars are up the front, low fuel, new tyres; other teams won’t be doing that yet.

“It feels good for now, and we’ve got a good handle on what the car will be doing, but very different style to the Europeans; they’ll be hanging out ‘til quali.

“A good start but as I said, no one will be flat out,” he added, “everyone will be playing. That’s the way this racing is unfortunately. Everyone will catch up.”

Practice 4 saw the fastest times of the weekend thus far, with van Gisbergen the first, and so far only, driver to dip below the 2:04s barrier.

The New Zealander recorded a 2:03.9649s late in proceedings to finish just over two tenths clear of De Pasquale in the sister Triple Eight entry.

De Pasquale had been fastest, and a late run saw the Erebus Supercars regular set a series of rapid times in the closing stages only to ultimately be pipped by van Gisbergen.

Mercedes entries featured prominently in Friday’s final practice session, with five of the three-point star’s machines inside the Top 10.