Van Gisbergen beats De Pasquale with a ‘three’ in Practice 4

Van Gisbergen beats De Pasquale with a ‘three’ in Practice 4 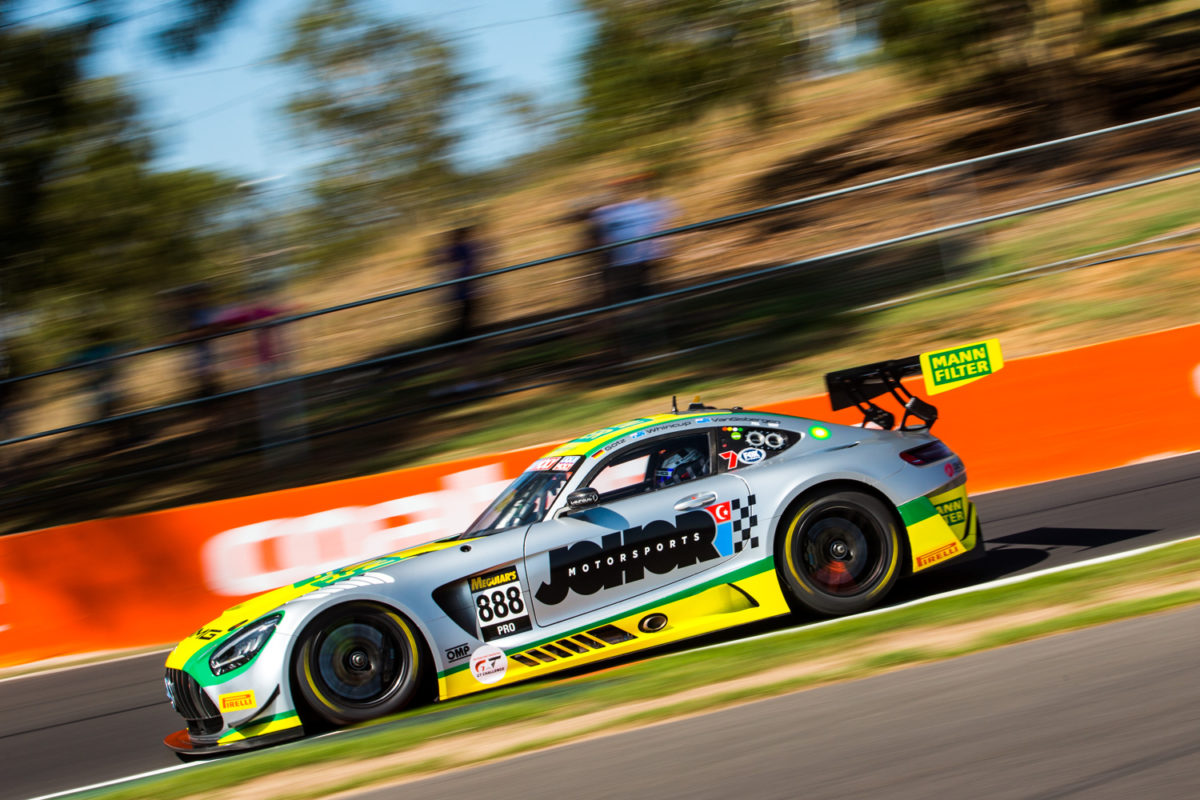 Shane van Gisbergen has edged Triple Eight Mercedes-AMG team-mate Anton De Pasquale in Practice 4 with the only ‘three’ of the opening day of the Liqui-Moly Bathurst 12 Hour weekend.

Van Gisbergen finished the session in Triple Eight’s factory-supported Mercedes-AMG and initially put it back into the lead with a 2:04.8885s just inside the final 15 minutes.

Mies just beat that with a 2:04.8091s a few minutes later before De Pasquale set the fastest lap of the event to that point with a 2:04.4518s with just over five minutes to go.

De Pasquale followed up with a new fastest first sector but the Kiwi put the whole lap together in setting the 2:03.9694s.

On his final lap, De Pasquale went even quicker again to the first timing point and while he improved his personal best at the chequered flag, he still fell a couple of tenths short of van Gisbergen.

Marciello had the fastest lap for around a quarter of an hour before van Gisbergen turned up the wick, with Maximilian Buhk and Felipe Fraga both getting miles in the #999 Mercedes-AMG that was fifth fastest all told.

The Brit was quick before the first red flag and immediately usurped Whincup for first position when the session resumed with a 2:05.7664s, but his best was a 2:05.0264s a couple of laps after that.

Rounding out the top 10 were the #2 Valvoline Audi thanks to Dries Vanthoor’s 2:05.0394s on his final run, the #63 Orange1 FFF Lamborghini, the #77 Craft-Bamboo Black Falcon Mercedes-AMG, and the #1 Earl Bamber Motorsport Porsche.

Neither of the Bentley Team M-Sport entries made it onto the race track due to distinct mechanical problems for the two Continental GT3s.

There was one stoppage in the session due to Sergei Afanasiev hitting the wall in the #46 Black Falcon Mercedes-AMG.

The fifth and final practice session will be held tomorrow from 08:45 local time/AEDT.