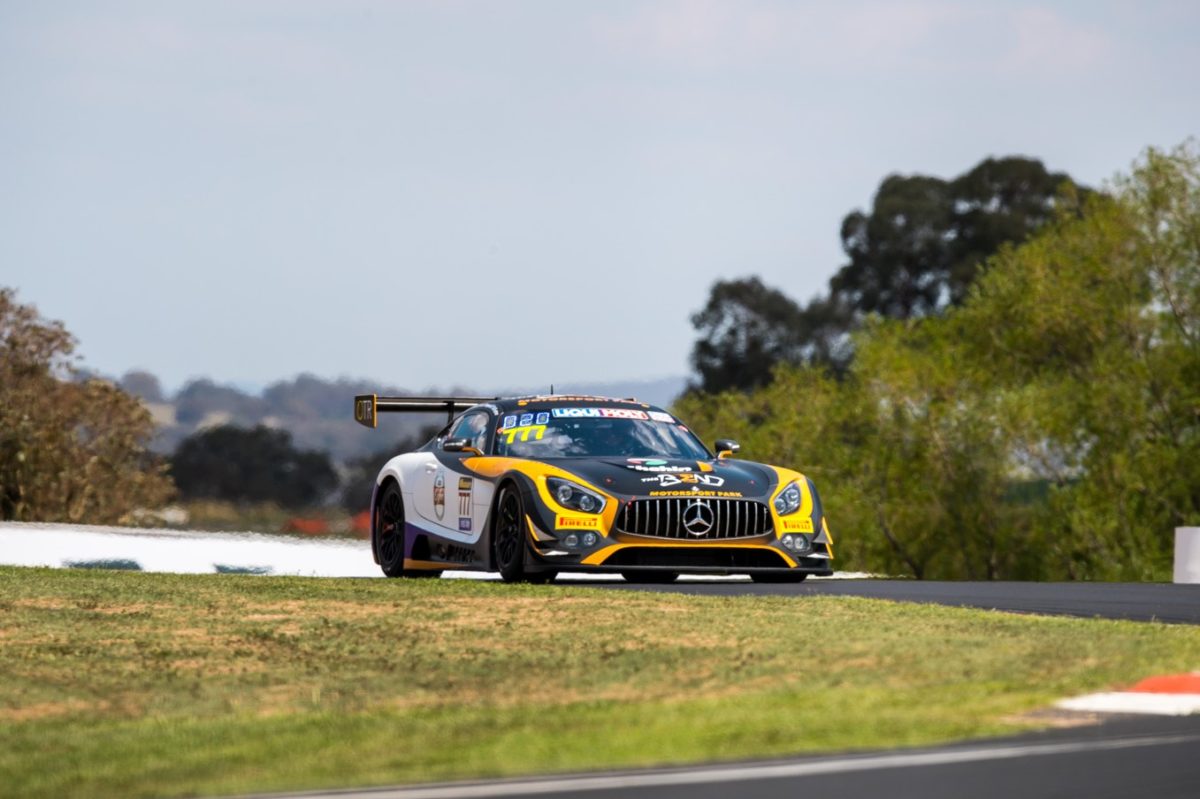 Anton De Pasquale believes that there is some “room for improvement” despite trading fastest laps with Triple Eight team-mate Shane van Gisbergen in practice at the Liqui-Moly Bathurst 12 Hour.

De Pasquale impressed on what was his first official day of running in a GT3 car, coming up two tenths short of van Gisbergen having at one point had the best two laps of the session in the final minutes of Practice 4.

The Erebus Supercars regular nevertheless believes that he kept some time in reserve and could find an improvement on his fastest lap so far of 2:04.1684s in the #777 Mercedes-AMG.

“Obviously where it’s quite safe I was pushing as hard as I could but, as you always do around this place, you kind of have to respect it a lot, and I was just sort of respecting a lot of the top of the mountain a bit,” De Pasquale told Speedcafe.com.

“I don’t know how much there is to gain, whether there is at all, but I felt comfortable and safe.

“You’re always pushing – anytime you put a green tyre on it, you’re always going to have a go – but (there is) always room for improvement. There’s qualifying and stuff tomorrow, that’s when you’ll step it up a little bit.

“But at the moment, we’ve just good a good base of the car, obviously the pace is not too bad, but we’ll see what tomorrow brings and it only really matters after 12 hours.”

While De Pasquale has one Bathurst 12 Hour start under his belt already, that was in a MARC Car.

The 24-year-old’s only previous GT3 experience was a test outing in the Mercedes-AMG at The Bend earlier this month.

“Any car around this place is always special.

“These cars are pretty fast; obviously the way the track is and the heat and everything, we’re doing very similar times to a Supercar, but in a totally different way, so it’s quite fun.

“Obviously I’m just building up to it, learning it, taking time; it’s obviously a long week, so no risk early on in the weekend.”

De Pasquale was pleased with his time overall, and also with coming close to matching the far more experienced van Gisbergen, but was not reading too much into the times.

“I haven’t had a look at the timesheet but they ran me through the times while I was in the car,” he explained.

“It’s good, obviously, both up there (but) there are a lot of good guys down here that will turn it up tomorrow, I believe, so how much we look into it, I don’t know.

“It’s just a good reference and at least we can compare to each other, have a look at each other’s (data) and see where we’re at, hopefully learn a bit and go a bit faster and get a result. That’s what it’s all about.”