Reynolds put Mercedes-AMG on top in Practice 3 at Bathurst

Reynolds put Mercedes-AMG on top in Practice 3 at Bathurst 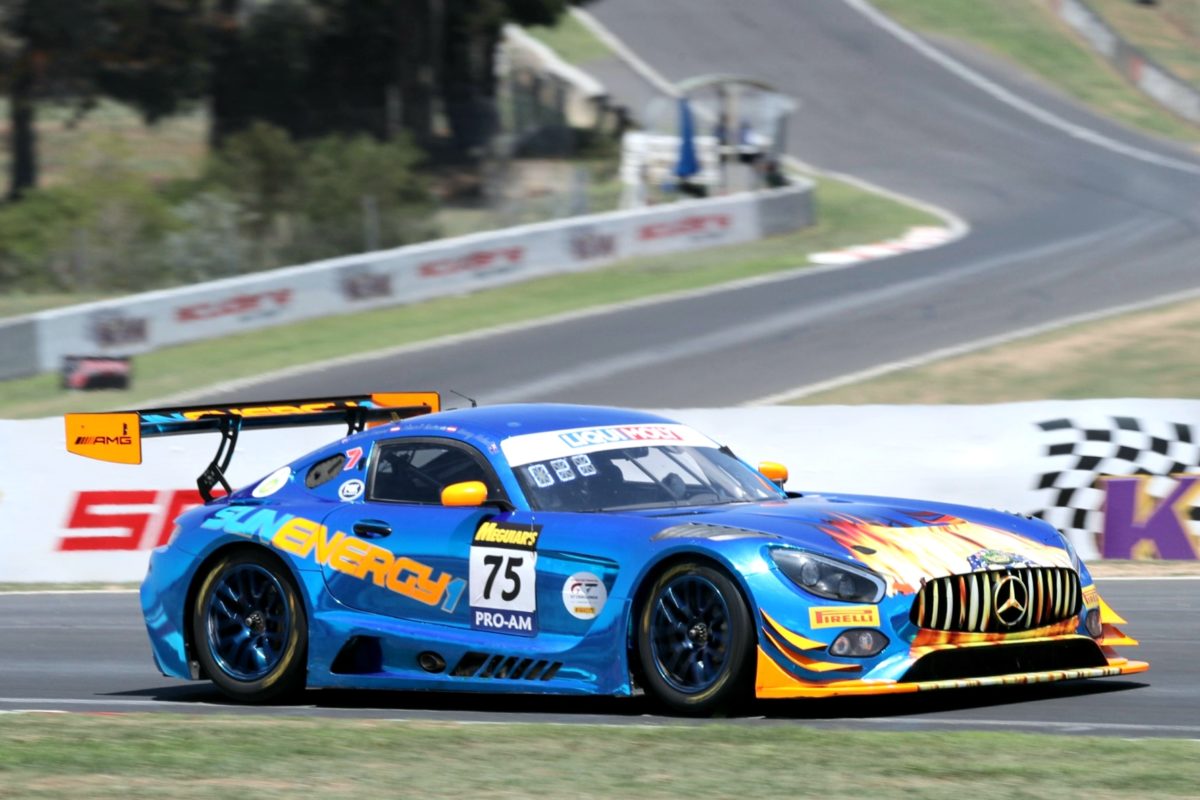 David Reynolds has gone fastest in Practice 3 for the Liqui-Moly Bathurst 12 Hour with the only ‘four’ of the session in an older-specification Mercedes-AMG GT3.

The SunEnergy1 entry which Reynolds piloted was one of four Mercs in the top five at the end of the 60-minute session after Shane van Gisbergen jumped 11 positions from 16th with the chequered flag out in the #888 Triple Eight Race Engineering entry.

Luca Stolz and Maro Engel were both quick in the rebuilt #77 Craft-Bamboo Black Falcon Mercedes-AMG, with the former setting a 2:05.1670s which had him within a quarter of a second of Reynolds’ 2:04.9312s all told.

Joao-Paulo de Oliveira was the odd man out with a third-best 2:05.2972s in the #18 KCMG Nissan, while Felipe Fraga earned fourth position in the #999 GruppeM Mercedes-AMG.

Earl Bamber took over top spot in the 11th minute when he rolled out a 2:06.2633s in the #1 Earl Bamber Motorsport Porsche, before Dirk Werner took another Porsche in the form of the #912 Absolute Racing entry to third at just 0.1497s slower.

Engel had hit the wall due to a right-rear suspension failure in Car #77 in the preceding session but the German was immediately on the pace when he finally entered the track in Practice 3.

De Oliveira also snuck in a 2:05.2972s which put the sole running KCMG Nissan into first position, from the #77 Mercedes-AMG, the #911 and #912 Porsches, and the #777 Mercedes-AMG as the session moved from the first half-hour into the second.

Jamie Whincup and van Gisbergen shared the running in the #888 Mercedes-AMG, which drifted from the back end of the top 10 to the mid-teens until van Gisbergen put in the 2:05.5137s at the very end.

Their Triple Eight Supercars stablemate Craig Lowndes ended the session in the #1 EBM Porsche but it was Bamber’s effort just after the halfway mark which left it sixth on the timesheet.

Rounding out the top 10 in an uninterrupted session was the #911 Porsche, the #22 Valvoline Audi due to a late lap from Mirko Bortolotti, the #912 Porsche, and the #2 Audi.

Practice 4, another hour-long session, is scheduled for 15:05 local time/AEDT.