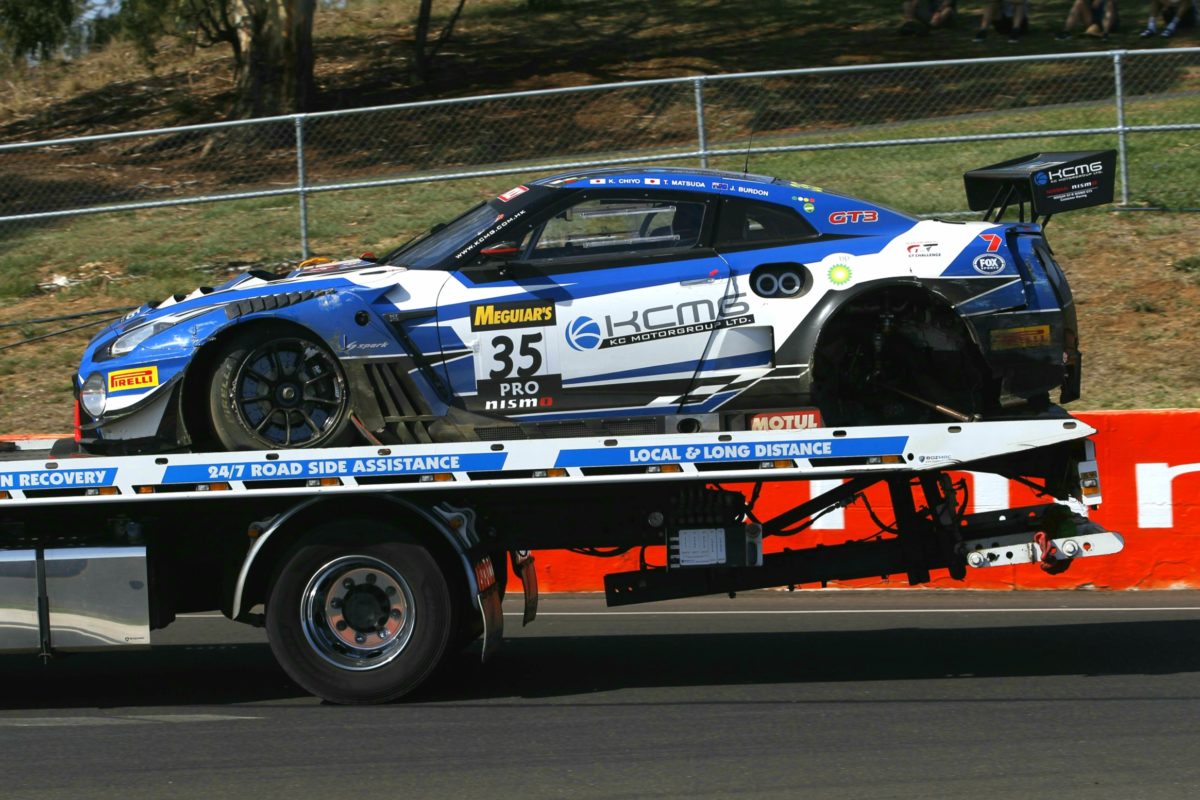 A red flag has brought to an end the opening practice session at the Liqui-Moly Bathurst 12 Hour when Josh Burdon lost a wheel at the top of the Mountain.

Burdon had put the KCMG Nissan GT-R fastest earlier in the session before an incident at the top of the Mountain at Reid Park.

Red flags were shown and the session declared after 29 of the scheduled 30 minutes with a flat bed sent to retrieve the stricken Nissan.

The session was restricted to non-Gold or Platinum rated drivers, which saw the outright contenders keeping their powder dry.

Early times were slow, Brenton Grove banking a 2:10.3475s lap in the opening exchanges, which was promptly bettered by the KCMG Nissan driven by Burdon at 2:09.5628s.

Times continued to tumble, Yasser Shahin bringing progressively dropping the marker to 2:08.0426s a third of the way into the session.

Burdon shot back to the top of timing screens approaching half way through the session, the Australian banking a 2:06.5531s, chipping 1.5 seconds off the previous marker.

The session then plateaued, with times remaining largely stagnant at the top of the timesheets, though Adam Hargraves climbed to 11th overall in the Invitational Class #20 MARC II entry.

Quickest in GT4 was Harrison Newey, who improved on his final flying lap aboard the Mercedes-AMG GT4.

Elsewhere, R-Motorsport didn’t head out with a suspected driveshaft dramas kept Oli Caldwell in the garage.

Practice 2 continues at Mount Panorama, a 60-minute session open to all entries.