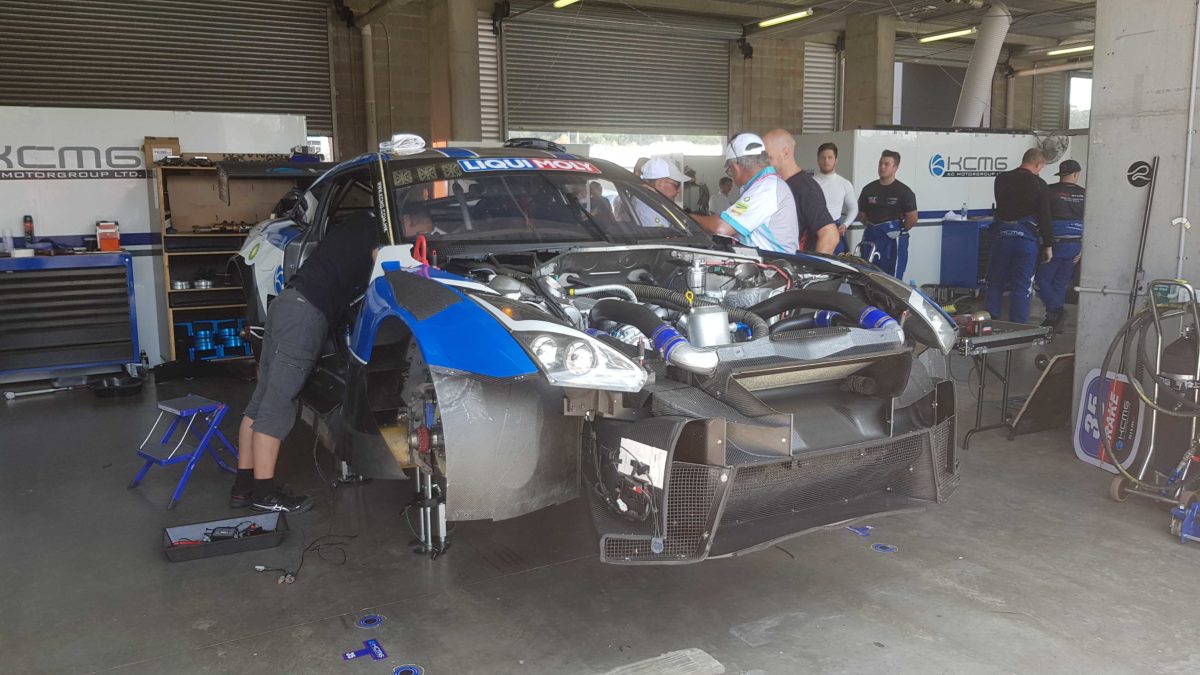 The KCMG Nissan GT-R NISMO GT3 which crashed at the end of opening practice for this weekend’s Liqui-Moly Bathurst 12 Hour has been officially withdrawn from the event.

Josh Burdon crashed the car at Reid Park in the closing stages of Practice 1, the car suffering heavy rear-end damage in the incident.

The team assessed the car in the garage with a view to repairing it, though the damage proved too extensive and has forced the car out for the balance of the weekend.

“After further inspection and also together with the scrutineers unfortunately we had to make the decision that it’s not repairable, so we’ve retired the car,” team manager Ian Geekie confirmed to Speedcafe.com.

“The damage to the rear lower chassis area is much more than we thought, and because of the construction of everything it needs to go on a specific jig, which we obviously don’t have here and the panel shop who kindly offered to help us also doesn’t have.

“It’d be a very time consuming job to even try to get it back straight and then there were going to be question marks over the integrity of the chassis.

“From a safety point of view we took the decision that that’s it.”

The retirement means 2015 race winner Katsumasa Chiyo will not take part in this year’s event, while the total number of GT3 entries has been reduced to 32.

“So far we’re up there amongst the phalanx of Stuttgart cars,” Geekie said.

“Our focus will be fully on that one and we’ll give it absolutely everything to try and get a good result out of it.”