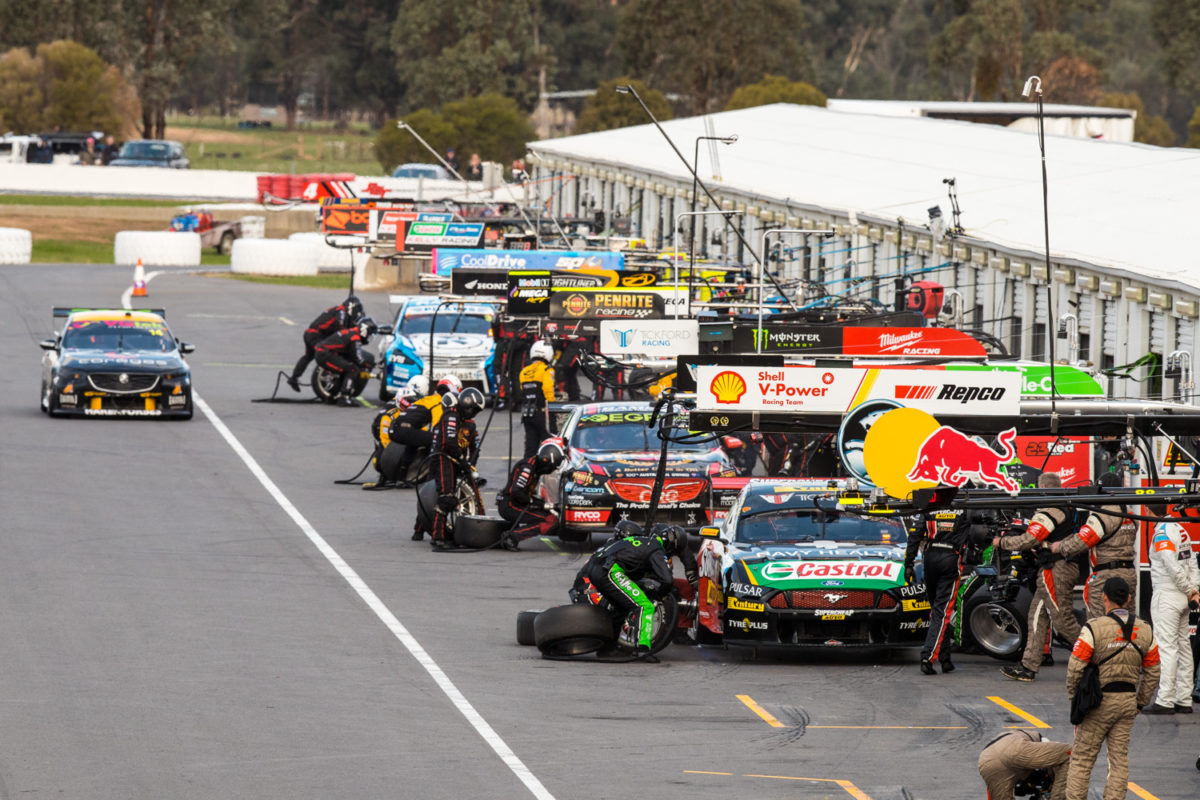 Development work currently underway at Winton is part of a broader project which includes plans to redevelop the pit complex and potentially extend the circuit.

Work on kerbing and the chute between Turns 3 and 4 of the venue began last Saturday and are expected to be completed later this week.

That has seen the removal of existing kerbing and installation of wider, flatter kerbs.

There has also been work done on the exit of Turn 3 in an attempt to open up the corner and produce better racing.

“We’ve been planning this for a while,” circuit manager Jeff Grech told Speedcafe.com of the kerb upgrades.

“While it’s not the whole track at the moment, obviously we’re doing over a period of time the parts that we think are most important, and then obviously down the road we’d like to look at other parts of the circuit and other long-term development here.

“To kick it off, we thought Turn 3 to 4, both turns around the outer, and Turn 4, on the inner and the outer, we’re trying to make that spot a little bit more pleasurable for the driving experience.

“How much we don’t know until we have guys testing here, but it’s certainly cleaned up a sketchy (Turns) 3 to 4 where the line wasn’t straight.

“So, if there was ever a tussle there and someone went off on the edge between 3 and 4, his race is over because he either went right off the track and into the wall or severely dropped back and might have lost five or six places and ruined his race.”

The kerb upgrade is just part of a grander plan, with Grech also eyeing off a new pit complex among his key targets.

Winton currently boasts a comparatively modest pit complex which does not include the facility for corporate hospitality in the same building.

Grech is planning an all-new two-storey structure that would house garages with hospitality perched above.

“There’s various parts to the facility. So, the kerbing is part of it, but also we’d like to build a new pit facility,” Grech said.

“I have got some plans that have been drawn up, fairly accurately.

“Benalla Auto Club, they certainly want it, would like to do it.

“If we were going to do that, we’d like to get some long-term vision that we’d have, let’s say a Supercar, TCR, some of the big events, in a longer period of time, because that way hopefully we could go to government and then justify some help in getting a facility up to scratch.”

Winton currently holds a one year deal with Supercars to host an event.

“Supercars’ aim is to race in every state so fans around Australia can access the racing live,” Supercars said in a statement issued to Speedcafe.com regarding the prospect of a new contract triggering further developments at Winton.

“The overall balance regarding the total number of events and event distribution per State is also important, including regional events where possible.

“Naturally, the venues and circuits need to be safe and meet fan expectations so significant planning needs to be undertaken to ensure all aspects of the venue are appropriate.

“Supercars is open to any venue which puts forward a proposal to be considered.

“Obviously Winton needs a fully costed and funded master plan which would require support; the overall economics of which need to work for all parties.”

Aside from the motorsport specific aims, Grech also hopes to transform the venue into an evacuation centre for the local community in moments of emergency.

“After the last couple of months, and in the region we’re in, part of that upgrade of the facility long term could be evacuation centre,” Grech suggested.

“We’ve got our own water, we’ve got shelter here; nearly all the ingredients to, if there was a disaster, use the site to help out.

“Obviously we’re a motor racing facility and we’re a business, but certainly as a second-tier thought.

Grech holds a number of other long term ambitions for the venue, including four-wheel-drive tracks, condo-style garages, and more.

“That’s not out of the question,” Grech added when asked if that could mean an extension to the 3.0 kilometre circuit.