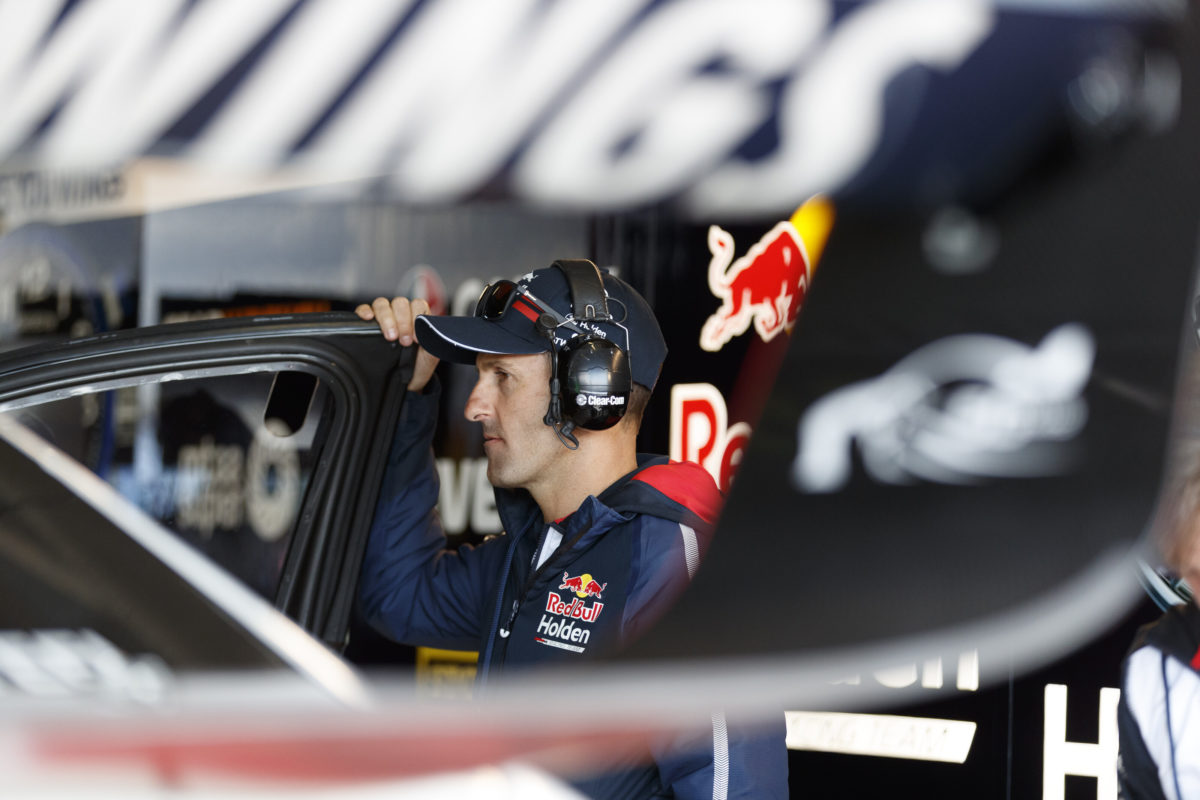 New Supercars Commission member Jamie Whincup says that he would welcome ideas on improving the category from anybody in pit lane.

Whincup was elected to the Commission, which is tasked with developing Supercars’ sporting and technical regulations, in October last year.

The seven-time champion, who is also a 15 percent shareholder in the Triple Eight Race Engineering team which he drives for, explained at the time that he was motivated by a desire to “make a difference”.

His presence is unique as the only Commission member who is a current driver, and Whincup also referred to therefore helping to “make sure we’ve got the full picture so as a group we make the right decisions”.

However, that does not mean that Whincup believes he or the other Commission members have sole right or responsibility to develop ideas.

“I do have plenty of ideas on ways that we can improve the sport,” Whincup told Speedcafe.com.

“I haven’t submitted any of those yet – I’m still just getting my feet on the ground after being elected at the end of last year – but it’s not just about the Commission members to bring ideas to the table.

“This is one thing that’s good to remind everyone, that the submissions come from everyone in pit lane, or all the teams.

“It shouldn’t just be up to a few particular individuals, and certainly the committee, to make the sport better.

“If anyone in any team’s got any way that they think that the sport can be run better, submit it into the Commission.

“We’ll make sure that we absolutely give it the time of day and give it all the ammunition it needs to either get implemented if it’s a good idea or, if it’s not, learn from the suggestion and maybe it can be used in some way elsewhere.

“Hopefully this year we get plenty of submissions in from all teams and we keep growing the sport.”

Whincup also asserted following his election to the Commission that Supercars was experiencing “one of its most challenging years from the last four or five years,” with specific reference to the exit of Garry Rogers Motorsport, reversion to two makes of car, and particularly the season-long parity saga.

The latter issue prompted Supercars and its new-for-2019 technical department to significantly enhance its homologation process ahead of a five-day VCAT (Vehicle Control Aerodynamic Testing) in December last year.

However, it then chose to undertake another three days of VCAT earlier this month after finding “some results that require further verification”.

Speaking ahead of Supercars’ confirmation of the final results of the two rounds of VCAT, Whincup reasoned that championship organisers should actually be praised for seeking to ensure that their process was accurate.

“As far as VCAT goes, it’s more (that) the extra testing they did this year was a continuation of the first, rather than, ‘Oh, we’re doing it all again,’” stated Whincup.

“Good on Supercars; (they) didn’t quite have as much data as they would have liked to confidently say that both cars are as even as they can be, so elected to just gather a bit more information.

“I think they should be congratulated on a great job that they’ve done.

“Fingers crossed it’s much better, the parity’s much better than it’s been in the last couple of years, and we can stop talking about it, and whoever stands on the top step of the podium knows within their team that they’ve done the best job on the day.”

Supercars ultimately announced changes that were broadly in line with their stated aims from VCAT, including a reduction of downforce of approximately 12 percent, which Whincup said was “moving in the right direction” to improve the quality of racing.

The technical changes to achieve such a reduction were somewhat more significant than conceived, the most notable being the movement forward and downward of the Ford Mustang’s rear wing.

All teams are to have access to the VCAT data, with most set to get their first real world understanding of their new aerodynamic packages when the Virgin Australia Supercars Championship’s official pre-season test takes place on February 18 at The Bend Motorsport Park.