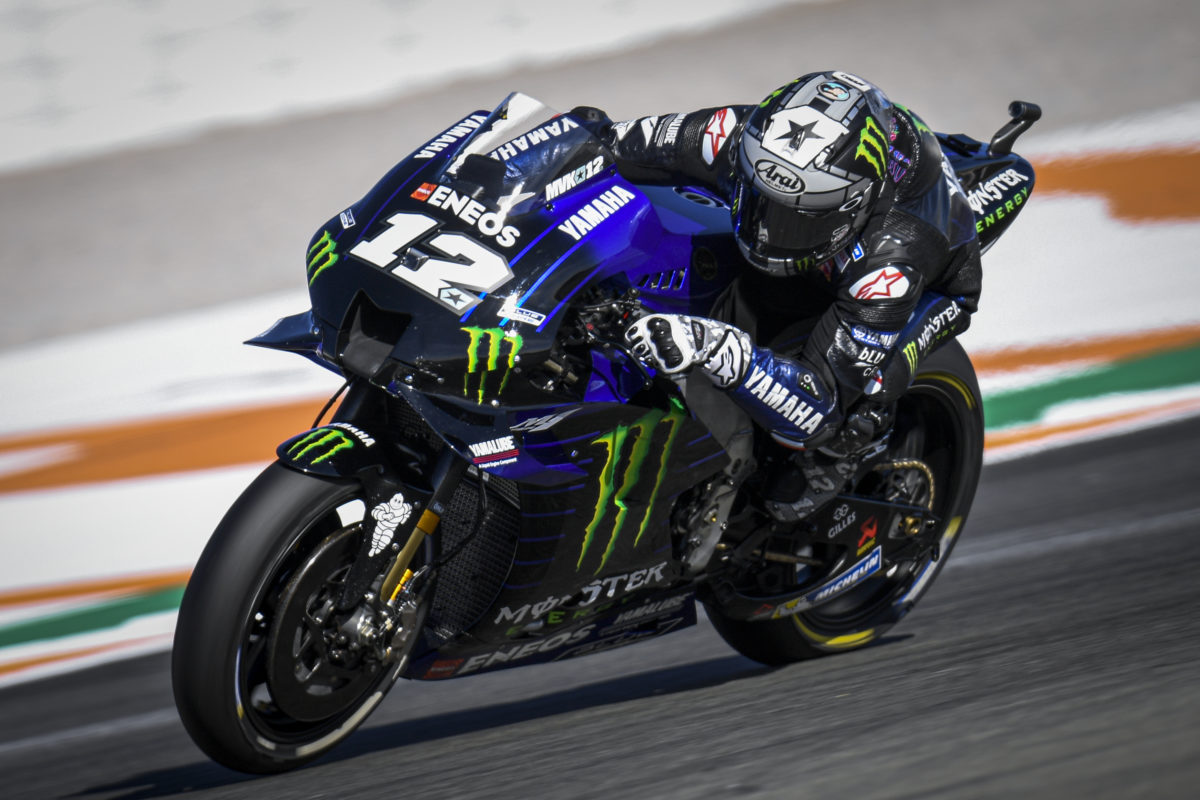 Maverick Viñales is the first works MotoGP rider confirmed for 2021 having re-signed with Yamaha Factory Racing.

The Spaniard has penned another two-year deal with the Iwata factory, taking him to a sixth year with Yamaha by the end of the term in 2022.

Viñales finished third in the championship last year, his first with new crew chief Esteban Garcia, with race wins at Assen and Sepang.

“For me, it was very important to make this announcement before the season started, because I‘m highly motivated and want to be able to fully concentrate on the 2020 season,” said the 2013 Moto3 champion.

“I don‘t want to spend too much time thinking about the future.

“There were no reasons not to stay with Yamaha, because they feel like family. Yamaha is giving me a lot of support and I have ’my own team‘, which is something I really need.

“We need to keep working and be very strong. Our main objective is, as always, to be World Champion and try to bring Yamaha the number one honour again.”

Yamaha Motor Racing Managing Director Lin Jarvis said of Viñales, “In his first three seasons with us, he has given Yamaha six wins, 19 podiums, and 100 percent of his commitment.

“Now, as the YZR-M1 is improving race by race, we foresee a very bright future for him at Yamaha.

“Maverick‘s decision to sign with the Yamaha Factory Racing MotoGP Team for two further years so early shows the strength of our mutual appreciation and underlines the shared conviction that together we can challenge for the MotoGP World Championship title.”

Viñales had been linked with a possible move to the Ducati Team where Andrea Dovizioso and Danilo Petrucci, the former of whom has been runner-up for the last three seasons, are currently domiciled.

His renewal with Yamaha increased the focus on Valentino Rossi, who has indicated that he will retire at the end of 2020 if his poor form of late does not improve quickly.

Rossi has, however, also stated that he would consider a switch to Petronas Yamaha SRT in a move which would pave the way for last year’s breakout star, Fabio Quartararo, to be promoted from SRT to the factory team.

Pre-season resumes with a shakedown test at Sepang on February 2-4, then a full official test at the same circuit on February 7-9.