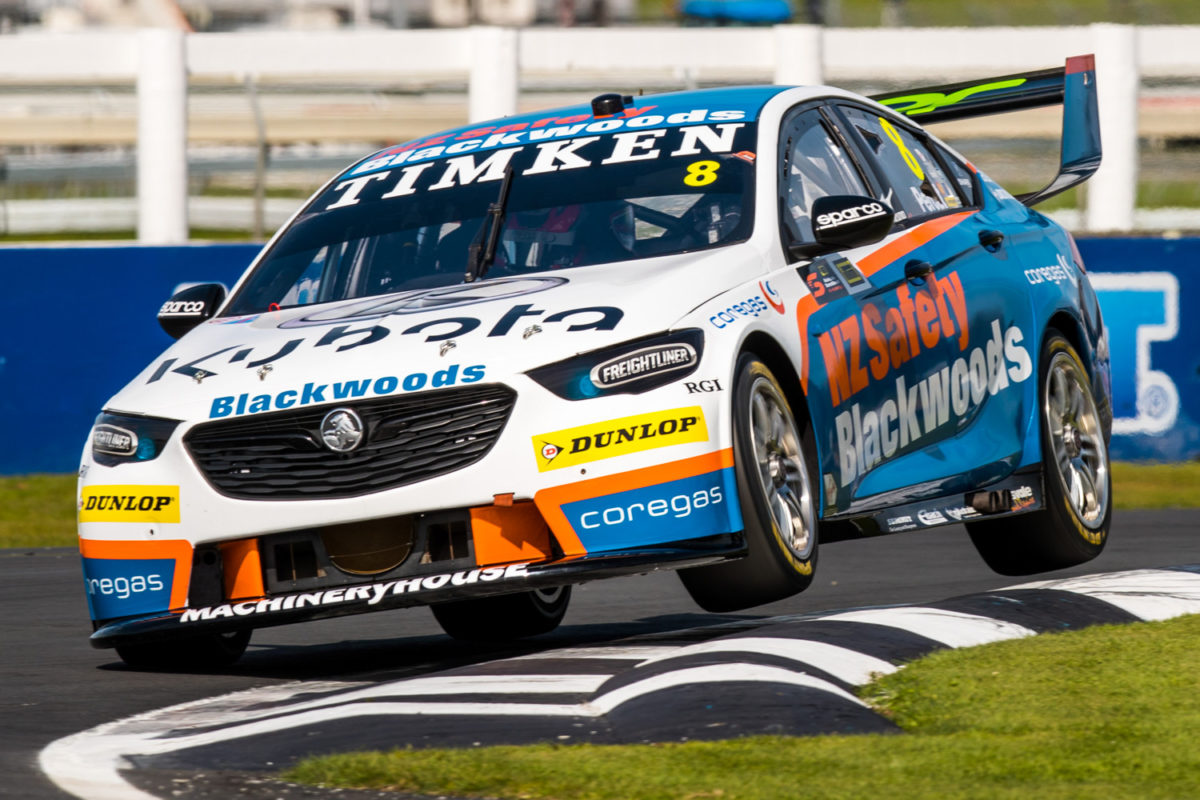 Nick Percat believes a top six finish is achievable in this year’s Virgin Australia Supercars Championship if he can make small gains in qualifying.

Percat joined Brad Jones Racing in 2017 and ended up 19th in the standings with a single podium, then 10th in 2018 with two podiums, both early in the season at Albert Park.

The 31-year-old did not step onto the rostrum at all last year but did edge up to ninth in the championship, a result built on 20 top 10 finishes from 31 race starts.

It meant that Percat was the highest BJR driver at season’s end and fourth highest of the Holden contingent, behind the Red Bull Holden Racing Team pair and Penrite Racing’s David Reynolds.

“I’m probably as motivated as ever,” Percat told Speedcafe.com.

“Last year I thought we had a pretty decent year and there were only four Holdens in the top 10 of the championship and to be one of them was pretty cool.

“It’s just built over the last two years and it’s been, it’s quite good. I’m really enjoying working with Brad and my engineers, and I’d like to be in (the) top six of the championship come the end of this year.”

Noting the progression in his results with BJR, Percat identified qualifying as the obvious area to focus on if he is to achieve that goal of sixth in the standings.

The South Australian went forward or maintained position in 21 races last year, a figure which does not include the Ipswich race in which he “got the passing eyes on” and drove from the back of the field to ninth after stalling in eighth position on the grid.

“I think if our enduro season went slightly better (in 2019), we probably could have been seventh or eighth come the end of the year,” suggested Percat.

“So yeah, the general trend…

“I think our average qualifying was 11th or something and this year I’d like it to be probably eighth or ninth at a minimum, so we can just start closer to the front.

“We always seem to have probably the third or fourth fastest car, we’re just coming from too far back.

“That’s why I finished ninth last year but I thought I probably should have been eighth or seventh so yeah, now the target is probably inside the top six.”

Percat will be the most experienced driver in an expanded, four-car BJR line-up this year.

He and 2019 rookie Macauley Jones are to be joined by Todd Hazelwood, who takes the #14 seat previously filled by Tim Slade, and Jack Smith, who moves up from the Albury team’s Super2 squad.

While maintaining ties with Slade, Percat cited Hazelwood’s knowledge of Triple Eight Racing Engineering cars and its methodology from his time at Matt Stone Racing as a promising addition to the BJR mix.

“I had a really strong relationship with Sladey and I still do, I still speak to him most weeks,” explained Percat.

“It’s definitely going to be a different dynamic; you’ve got Jack Smith now, Macca in his second year, and Todd with his first time with a team with more than one car.

“He comes with a fair chunk of Triple Eight experience and I don’t think he was in a bad bit of kit last year.

“So it’s actually quite good for us to hear about the characteristics of that car and just the way that they would go about tuning it and stuff like that. I think it’s going to be interesting.”

Before then, Percat will be in action in a MARC Car when the Liqui-Moly Bathurst 12 Hour weekend begins this Friday.