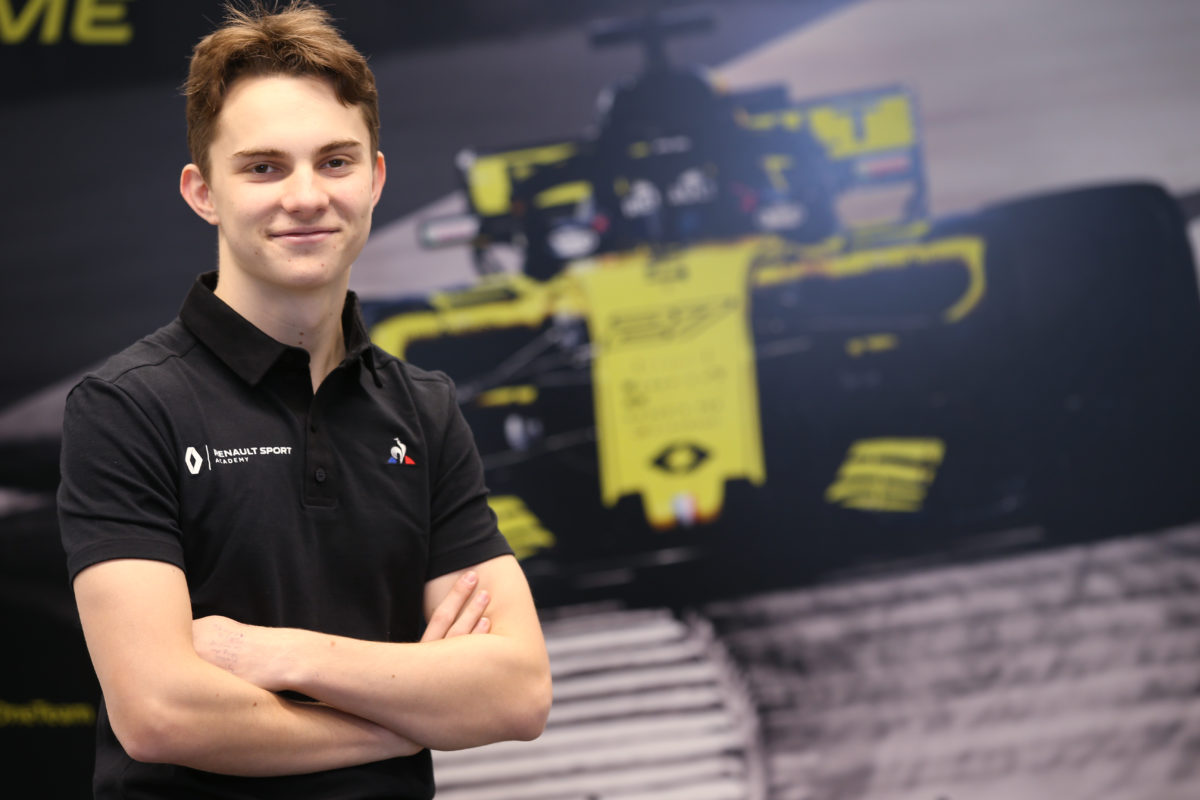 Melbourne racer Oscar Piastri has been signed to the Renault Sport Academy for the forthcoming season.

The 18-year-old will this year join Prema Racing in FIA Formula 3, two steps down from Formula 1 and sharing many of the same weekends.

“When I found out I was going to be part of the Renault Sport Academy I was very excited and really just can’t wait to get started working in the programme,” Piastri told Speedcafe.com.

“I’ve already been in for a couple of days of training, so I’m really looking forward to it and hoping for another successful year.”

Mia Sharizman, Renault Sport Racing Director, admitted to having been monitoring Piastri’s progress for some time before signing him to the programme.

“We had the opportunity to monitor Oscar for the last three years in British F4 and the Formula Renault Eurocup,” Sharizman said.

“We were very impressed every time we saw Oscar, especially with his performances last season.

“He kept his cool against tough competition to secure the title in the closing stages of the year.

“He has great natural ability and is one of Australia’s most exciting young racing prospects.

“Oscar will face a competitive field in Formula 3, but we will support him in all areas throughout his rookie season.”

The Renault Sport Academy was created in 2016 and is designed to find and nurture young drivers through their junior career with the ambition of promoting them to its Formula 1 team.

Academy members are integrated into the F1 team at the squad’s Enstone factory, while Piastri has already spent time on the simulator.

He’ll work alongside the team’s engineers, though not necessarily those who work on the race team, and will train alongside top flight drivers.

Set to gain from being involved in the programme, Piastri is also aware of the pressure that comes with being an Academy driver.

“Obviously Renault have set me targets that I need to achieve, so in that regard, I suppose there is a little bit more pressure, but those targets would probably be the same regardless of whether I was in a program or not,” he conceded.

“To be honest with you, if I want to get to F1, which I certainly do, then I definitely need to be getting the results that Renault have set me to be on my way to F1 regardless of the academy.”

Joining Prema, Piastri is not shy in setting his stall out for the coming campaign.

“Obviously joining a team like Prema, they won the teams’ championship last year and their drivers finished first, second, and third.

“They can obviously make a race car that’s pretty quick, so I’ve got all the tools that I need in terms of the team, so it’s basically going to be all down to me.

“I think given last year’s success and the team’s success last year as well, there’s no reason why I can’t be fighting for a chance this year.

“We’re not here to finish second or third, so I think I can definitely fight for the championship.”

For the moment there has been little contact with Renault’s other Australian driver, Daniel Ricciardo, though Piastri is hopeful that will change in time.

“I haven’t really spoken to him in too much depth yet,” Piastri admitted.

“At the moment it’s sort of ‘welcome to the family, bro,’ but hopefully when I get the chance to have a proper conversation with him.

“I’ll pick his brain a little bit about his career and the sacrifices he had to make and how his career progressed.”

Piastri’s 2020 campaign will kick off with the Formula 3 season opening in Bahrain on March 20-22.

There he’ll join fellow Australians Alex Peroni, Calan Williams, and Jack Doohan, the latter two in their first season in the series.