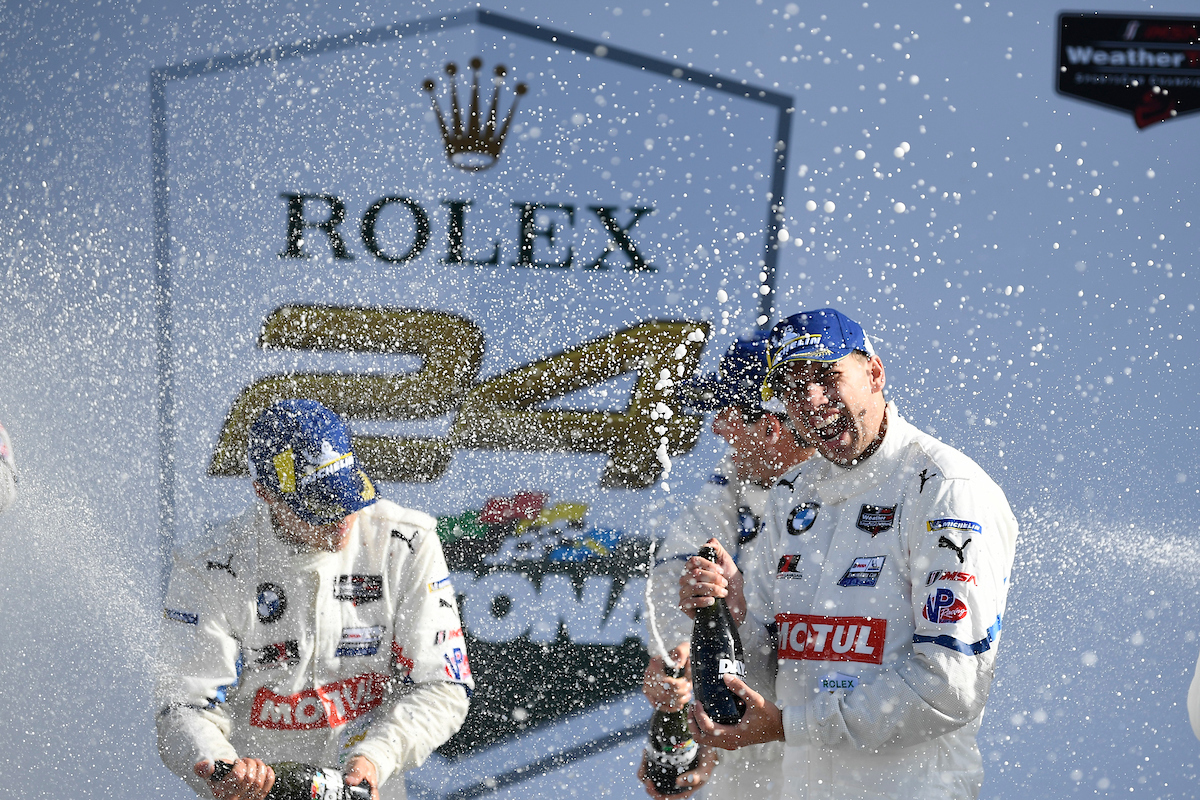 Chaz Mostert has likened winning the Rolex 24 at Daytona to his victory in the 2014 Supercheap Auto Bathurst 1000.

It saw the team claim victory for the second consecutive time, and hand Mostert his first win in the race.

“The last feeling I’ve had like this victory is winning the Bathurst (1000),” said Mostert.

“I feel like I haven’t achieved winning a lot over the last few years, so this is up there.

“This race is so different, but just as intense. We couldn’t afford a mistake all day, and across the whole drivers we didn’t do that.

Starting from fifth in class, the #24 BMW M8 GTE in which Mostert drove climbed into contention in the first quarter of the race.

It then battled against the two Porsche GT Team entries before Krohn’s final hour pass on Nick Tandy effectively sealed the race.

The final margin of victory was 14.010s, though Mostert admits he was taking nothing for granted.

“Jesse did an awesome final stint, we didn’t really think he won it until he was coming into the infield,” he said.

Mostert will now jet back to Australia ahead of this weekend’s Liqui-Moly Bathurst 12 Hour, where he is set to race for Walkenhorst Motorsport aboard a BMW M6 GT3.

Next Story GALLERY: 24 Hours of Daytona