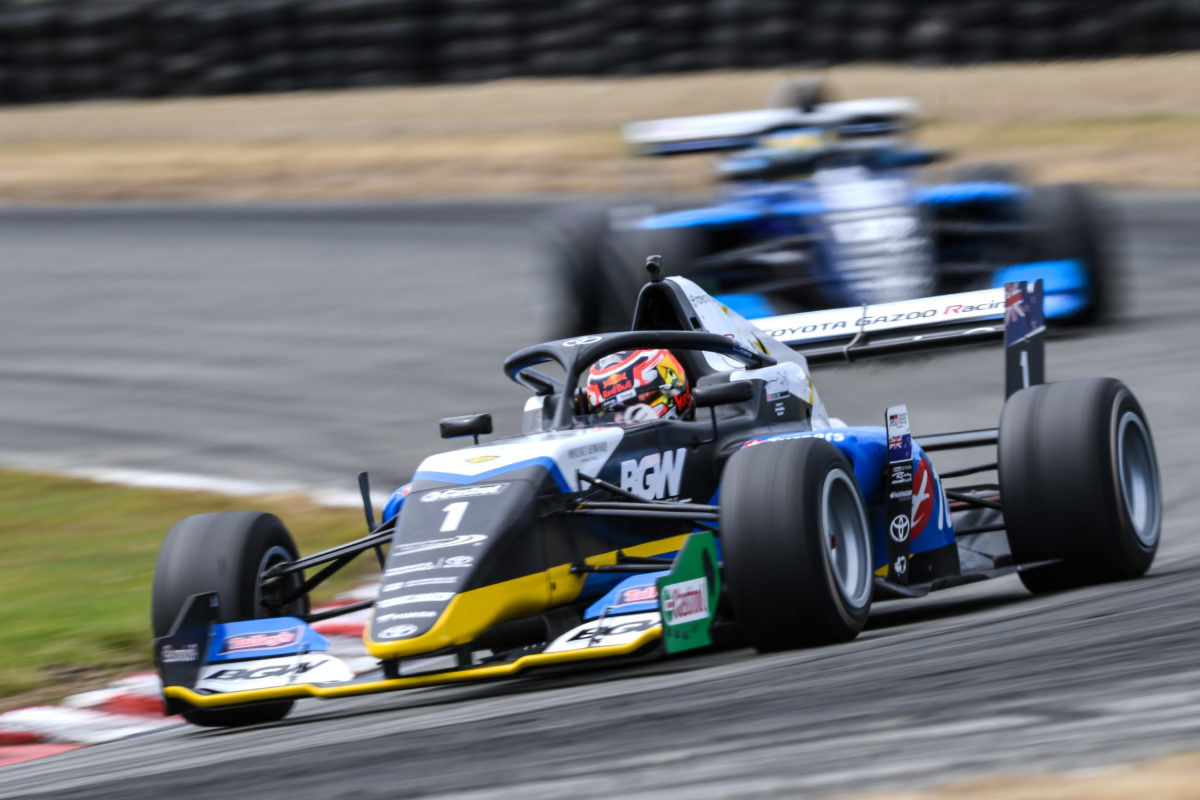 Liam Lawson has two feature race wins in as many rounds of the 2020 Castrol Toyota Racing Series to date despite a mechanical scare at Teretonga Park.

The New Zealander turned a front row start into an all-the-way win in the 25-lap race for the Spirit of a Nation Cup, although a glitch in his M2 Competition machine almost put paid to that.

Australian Jackson Walls qualified on pole for the first time in TRS but the mtec Motorsport driver was bested by Lawson when the lights went out.

Walls was in second position when he made a hash of the Castrol Curves on Lap 2 and ran off, ceding positions to Igor Fraga and Yuki Tsunoda by the time he gathered it up again.

It also allowed Fraga to break clear of Tsunoda and set after Lawson, who then briefly lost power on Lap 11.

Lawson recovered with a string of quicker laps, one of which broke the TRS lap record at the Invercargill circuit, and stayed out in front all the way until the chequered flag.

“We made a great start but we did have a clutch issue from the first race so we had to be careful,” recounted Lawson.

“It was nice until about halfway through the race when we had a moment where the power dropped; I was freaking out but it came back.

“We have no idea what the problem was but thankfully it sorted itself out.”

Fraga and Tsunoda made for an all-M2 top three, while Walls was another handful of seconds further back from the Japanese driver in fourth.

Chelsea Herbert (Giles) became the second driver to withdraw from the remainder of the season in less than a week after a crash in Saturday’s qualifying session left her with a fractured vertebra.

Lawson takes a 14-point series lead over Fraga to Round 3 at Hampton Downs Motorsport Park in Waikato next weekend.