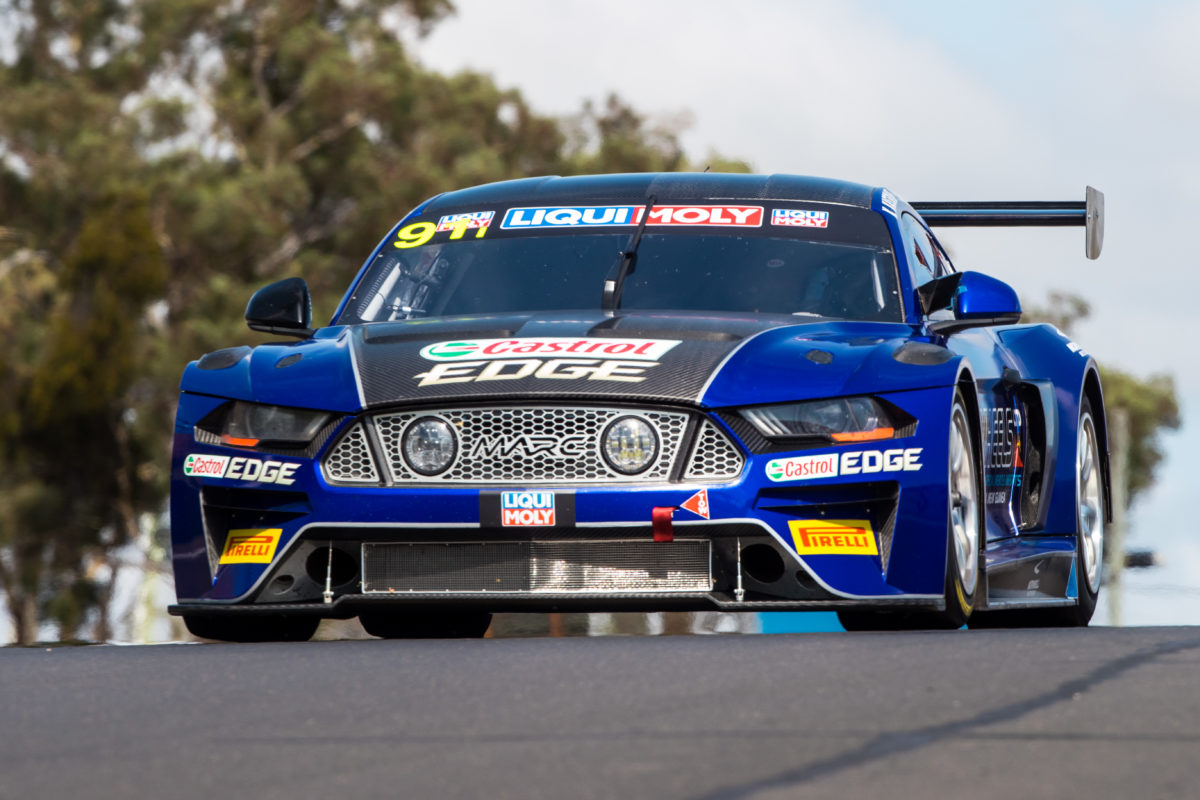 GJ Motorsport has confirmed itself as MARC Cars Australia’s new owner and floated plans for a one-make MARC Series.

Geoff Taunton and team manager Alyson Fradgley have bought the business from founder Ryan McLeod, who decided that MARC Cars Australia needed new investment for its next phase of growth.

In announcing its acquisition, GJ Motorsport has stated that it will move MARC Cars to a new workshop in the suburb of Nerang, also on the Gold Coast.

There are also moves afoot to establish a one-make series which Taunton, a customer of MARC Cars until now, and integration into Matt Stone Racing’s ladder system.

MSR has exited the Dunlop Super2 Series for the time being as it beds down its own expansion to two Virgin Australia Supercars Championship entries but won the second-tier title in 2017 and still runs multiple cars in the Kumho V8 Touring Car Series (nee: Super3).

“I have been involved as an owner of a MARC I and MARC II car since 2015 and have watched it grow from strength to strength both domestically and internationally,” noted Taunton.

“We are just at the beginning of our plans for future growth but ultimately the goal is to see more MARC Cars on the grid and we will be working towards a stand-alone MARC Series in the near future.

“We are working closely with Matt Stone Racing to establish an apprenticeship program for young drivers to develop their skills with time in a MARC Car prior to stepping into Super2 cars.”

Taunton also flagged the possible development of the MARC III, but said that key aspects in terms of component supply and the make-up of the cars and business would remain.

The original MARC Car was built as a Ford Focus-bodied machine in 2013 and was soon joined by the Mazda3-bodied car in the first iteration of the concept, before the debut of the Mustang-themed MARC II at the start of 2018.

“MARC Cars have always been built as an affordable car to race and we want to continue that,” added Taunton.

“Our focus is to provide great customer service to the current and new owners of MARC Cars.

“We will continue to source our parts from local suppliers and will be working closely with PACE Innovations to keep improving the current cars and the possibility of a MARC III is already in discussion.

“We have put together a great management team – Alyson has been involved with MARC Cars since the beginning and is very passionate about the team and cars, so she will be a valuable asset for the management of the company.

“In addition, we have recruited Bobby Ervin, who has a wealth of knowledge in the industry and will be a key member of the team as our technical manager, which includes management of our engine program.”

Fradgley said, “It is a great honour to be in partnership with Geoff for a company and team that I have dedicated so much time to in previous years.

“Being involved with the MARC Cars team since 2014, I have experienced racing both in Australia and overseas and the passion and enthusiasm towards the MARC Cars is unbelievable so it will be exciting to see how far we can go in the future.

“There are 26 MARC Cars racing around the world and it is important that we continue supporting them moving forward.

“We will continue to produce a quality race car to the highest standard and provide our customers with great service.”

As a result of the sale, the two cars entered by McLeod, one of which will see Nick Percat get behind the wheel, will effectively become customer entries while that entered by Taunton now becomes the factory team.