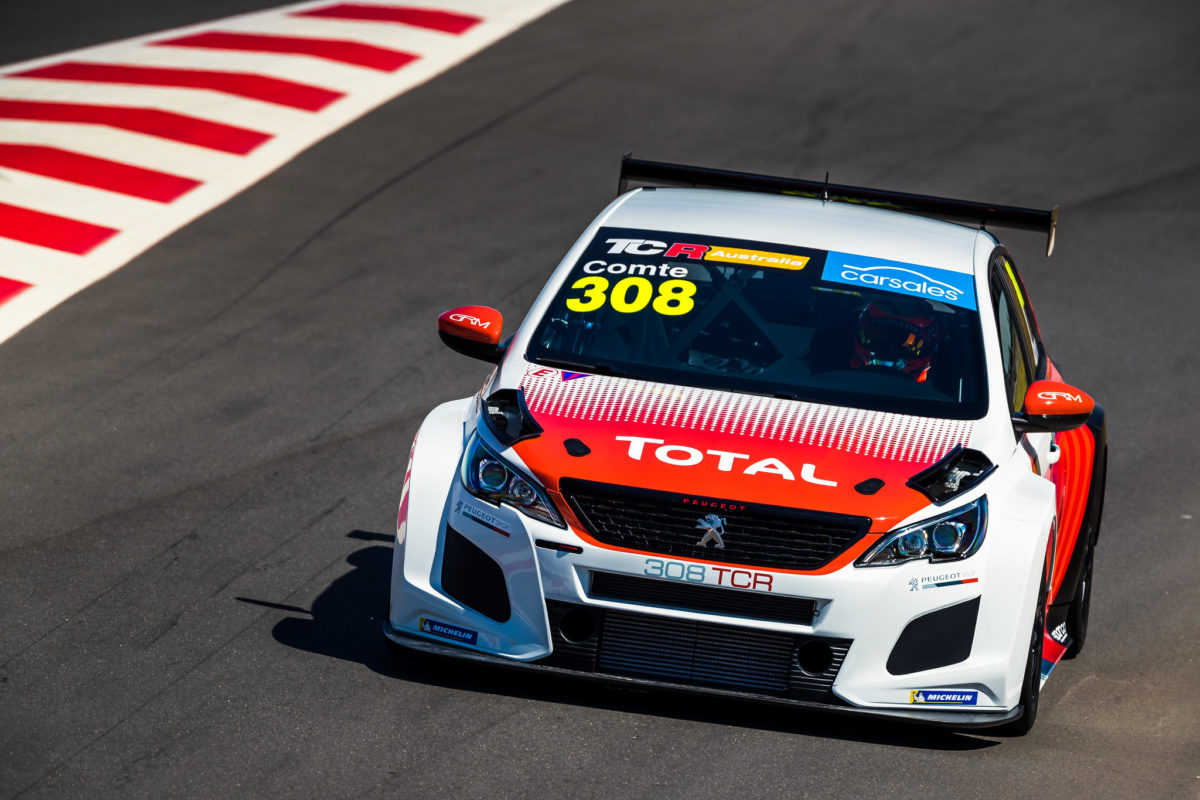 Garry Rogers Motorsport is getting set to take delivery of its second Peugeot 308 TCR car once it hits Australian shores next week.

Peugeot made its TCR Australia Series debut at the final round of the 2019 season, where factory squad DG Sport worked alongside GRM to field the entry for Aurelien Comte.

At the time it was confirmed a second car would make its way to Australia, with GRM expecting to take delivery of it in early February.

“It arrives in the country next week,” Barry Rogers told Speedcafe.com.

“I think it docks on Monday or Tuesday, so we’ll say 10 days after that, once it docks (and clears customs).”

The new car will be one of six the Victorian squad is set to campaign, with its fleet consisting of two Renaults, two Alfa Romeos, and two Peugeots.

It was confirmed on Wednesday that Jordan Cox will join the squad aboard an Alfa Romeo for the duration of the 2020 season.

The team has also previously confirmed that Jason Bargwanna will join the team at the wheel of a Peugeot, while James Moffat will continue in a Renault.

GRM will operate as the factory Renault squad in Australia with three Renault Meganes to its name, though Rogers does not expect all three to compete.

“When we ordered the two last year, the third one was ordered at that time but delivery for this year so that car is arriving in the next couple of weeks,” Rogers explained.

“Whether we race that car or just keep it here as a spare… Well you know, I’m saying a spare but whether we use it for promotional purposes for Renault or whatever, we really haven’t made a decision yet.

“We’re happy with the two cars we had last year so most likely do something with both those cars but there’s no difference.”

However, Rogers wouldn’t entirely rule out the prospect of running the third Megane and fielding an international driver.

“Renault is very important here in Australia so I think that it might be a good marketing opportunity to send a factory driver over here at some point,” he said, before adding that he’s open to the prospect of an international tie-up similar to how the team operated with DG Sport.

“There’s nothing that’s been put away with that at this stage but if that happened, yeah I would support that. That would be a factory supported effort through GRM,” he reasoned.

The team is set to confirm the remainder of its driving roster in the coming weeks.

The 2020 TCR Australia Series kicks off at Sydney Motorsport Park on the last weekend of March, an event which follows the non-championship Asia Pacific Cup at the Formula 1 Australian Grand Prix on March 12-15.