Fullwood relishing chance to work with Mostert at WAU 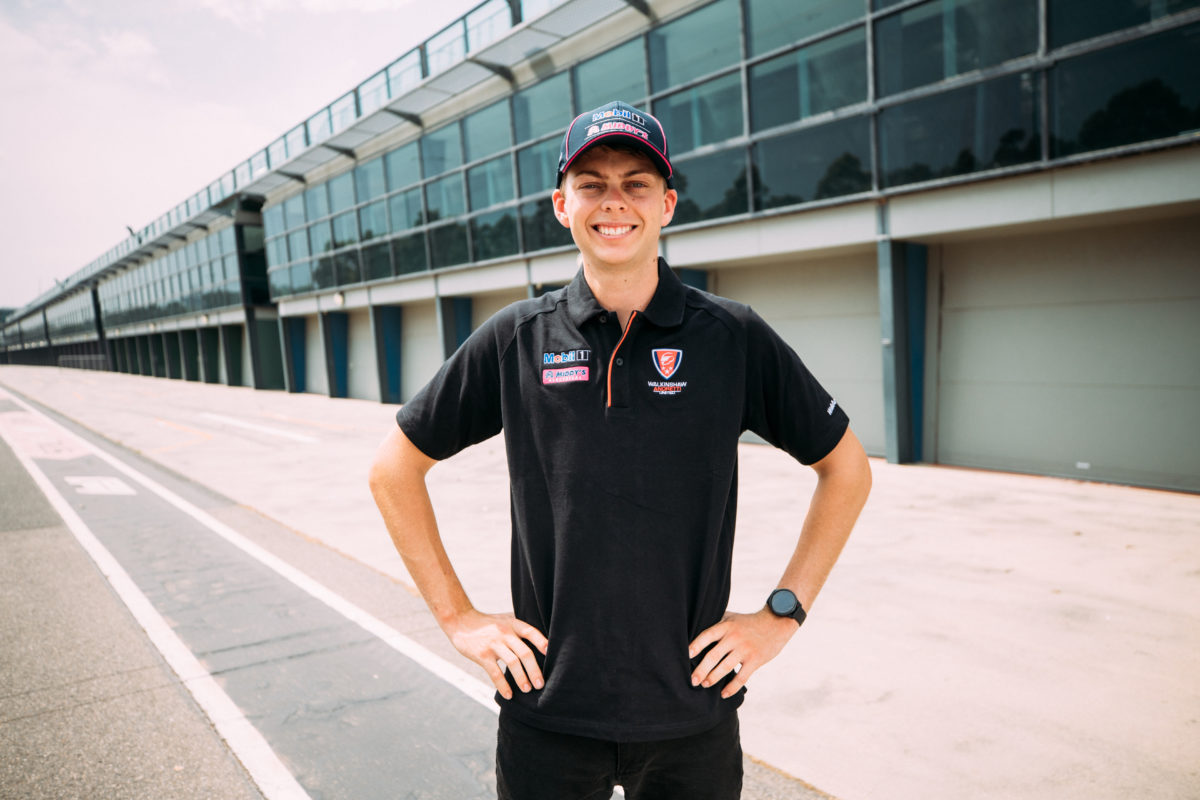 Bryce Fullwood is relishing the chance to work with his friend and new team-mate Chaz Mostert having been confirmed as Walkinshaw Andretti United’s other new driver.

Fullwood, who dominated last year’s Super2 Series with MW Motorsport, cited the chance to learn from Mostert as a key benefit of joining WAU, as well as the steps being made by the team as a whole.

Michael Andretti claimed at October’s Supercheap Auto Bathurst 1000 that the team was set for “big changes” and was “really focused on next year” (2020), while fellow WAU Director Ryan Walkinshaw declared at season’s end that it had been “on an upward trajectory” since The Bend in August and was “pretty confident” that said trajectory would continue.

While it has endured a number of lean seasons, WAU has, in Mostert, attracted the highest finishing driver in the championship outside of DJR Team Penske and Triple Eight in two of the last three seasons (and second-highest in the other).

It is also noteworthy that of WAU’s 26 top 10 finishes in last year’s 32-race season, 11 came in the last eight from Bathurst, where it took its only podium of the year.

“It’s going to be awesome,” Fullwood told Speedcafe.com of working with Mostert.

“For one, to be obviously with a team that is striving to succeed as much as Walkinshaw Andretti United, and then also someone like Chaz, who’s absolutely without a doubt in his prime at the moment, and one of the best guys in our industry, it’s a massive thing for me.

“He’s been a really, really good help to me and he’s a good mate of mine. He’s really keen to try and help me out, help me a little bit as a mentor, if you like.

“For me, I couldn’t think of a better scenario.”

Although he came to be something of a stalwart of Super2 despite still only being 21 years old, Fullwood found himself in the new position of having to field a stream of inquiries from media and fans as he waited first for the deal to finally be sealed and then to be announced.

Asked how he now feels, Fullwood explained, “I think the first thing is I’m relieved, in a way, that it’s all out there now.

“Obviously, I’ve had a lot of people contacting me, asking me what I’m up to.

“I got bailed up at Supercheap Auto the other day, by someone trying to ask me what I’m doing.

“It’s really hard, because obviously it’s so confidential but you don’t want to lie to people either, so I kind of just tried to go into hibernation and hide.

“For me it’s really awesome, now that it’s all out in the open, but I still have to come to terms with it all, most definitely.

“It’s a pretty big thing for me and my family. I think it definitely doesn’t feel real just yet, but it will soon.”

On the influence of his family, the Territorian expanded: “I’ve got so many sponsors and supporters, and my family have put everything on the line that they can.

“As I said previously, my grandma’s sold raffle tickets in the local pub for the last five years to help fundraise and try and get me here.

“There’s a big team effort, and there’s a big lifestyle change, and a big commitment from everybody to try and make this happen.

“The public might see you up on the podium holding up the trophy, but there’s so many people under you that have helped you get there.”

WAU has not yet confirmed engineers for either entry although Adam De Borre is believed to have followed Mostert across from Tickford Racing.

Fullwood and Mostert will drive for WAU for the first time when the Virgin Australia Supercars Championship’s pre-season test takes place at The Bend on February 18.