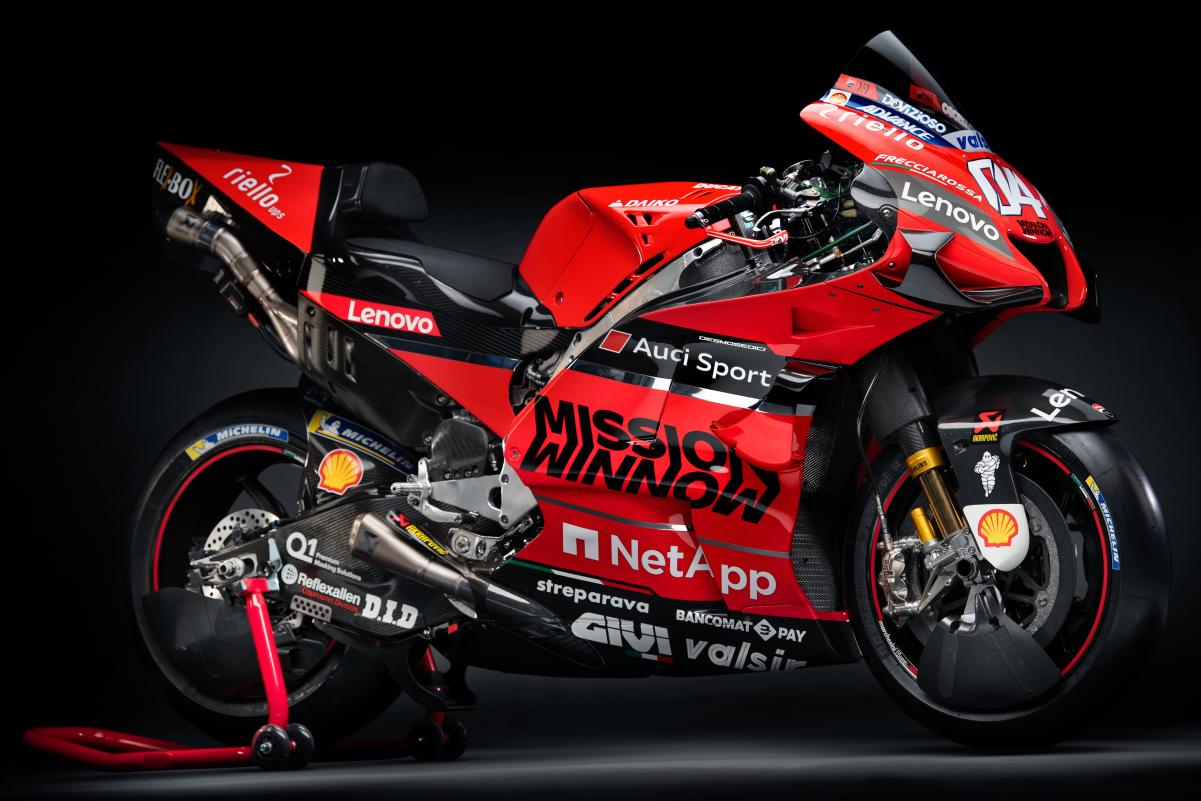 The Desmosedici GP20 under development for the MotoGP season ahead is “a completely new chassis” according to Ducati Corse General Manager Gigi Dall’Igna.

The Ducatis remained the benchmark in a straight line in 2019, despite Honda making up significant ground in that area, but the Bologna factory’s machines were still less than optimal through corners.

Both Pramac Racing riders in Jack Miller and Francesco Bagnaia will be onboard the GP20 in 2020, as will factory riders Andrea Dovizioso and Danilo Petrucci, and Dall’Igna says that positive progress is being made in cornering.

“We tested it for the first time in Valencia and the result that the riders comment there was quite good.

“For sure, the problem is not fixed, we have to develop something more, and we will do this in the next test.”

Ducati has been the obvious next-best after Honda in recent seasons, as demonstrated by Dovizioso finishing runner-up to Marc Marquez in 2017, 2018, and 2019.

Dall’Igna, however, seemed to be wary of the likes of Maverick Viñales and satellite rider Fabio Quartararo after Yamaha made great strides in the latter half of the last season.

“The new year will be a tough year because there will be not only Marc but, on the last part of last season, there are some other riders that had improved quite a lot in terms of performance,” observed Dall’Igna.

“So I think that the fight for the world title will be more difficult this year than in the past.”

Sepang hosts a shakedown test on February 2-4, then the first official test of the calendar year on February 7-9.