Collet goes from fourth to first in TRS Race 1

Collet goes from fourth to first in TRS Race 1 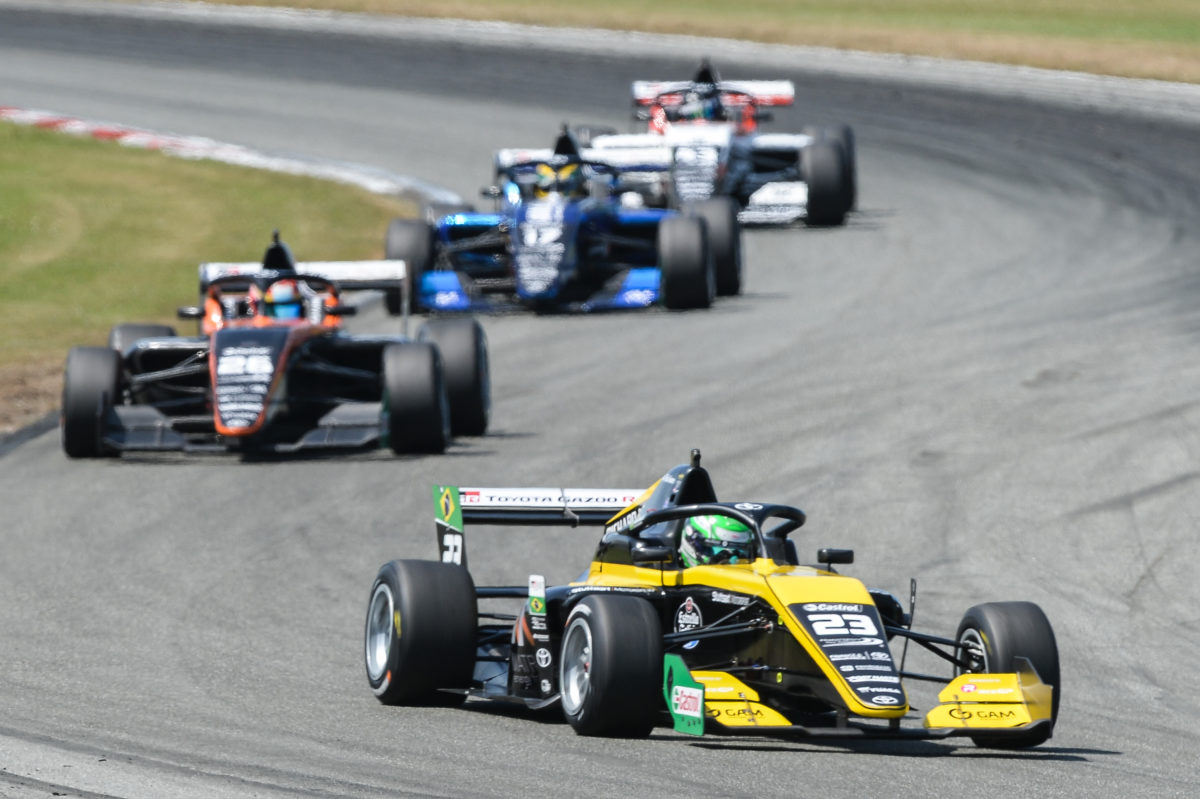 Caio Collet has won Race 1 of Round 2 of the Castrol Toyota Racing Series at Teretonga Park thanks to a storming start.

The Brazilian lined up in fourth on the grid but made a good getaway and then drove around the outside of front row starters Gregoire Saucy and Igor Fraga.

Australian Jackson Walls (mtec Motorsport) was among those involved in incidents which drew a Safety Car as the first lap was ticking over to the second, and he retired after the contact with Yuki Tsunoda (M2 Competition).

Collet had no trouble with the restart and gapped the field to the tune of two seconds by the end of Lap 5.

The mtec driver, who lost a win seven days earlier due to an illegal practice start, went on to claim his first TRS victory.

“The opportunity came for the move on the first lap, it was a bit risky but I took it and it paid off.

“I’m really happy to come back after last weekend and get the win here.”

Saucy (Giles Motorsport) took up second position out of the first corner and survived pressure from Fraga (M2) to stay there for the balance of the race.

Round 1 winner and 2019 champion Liam Lawson started way back in 13th following a heavily crash-shortened qualifying session but charged to sixth at the chequered flag.

Chelsea Herbert (Giles) was hospitalised for checks having complained of back pain after she ended up in the tyre wall on the right of the main straight.