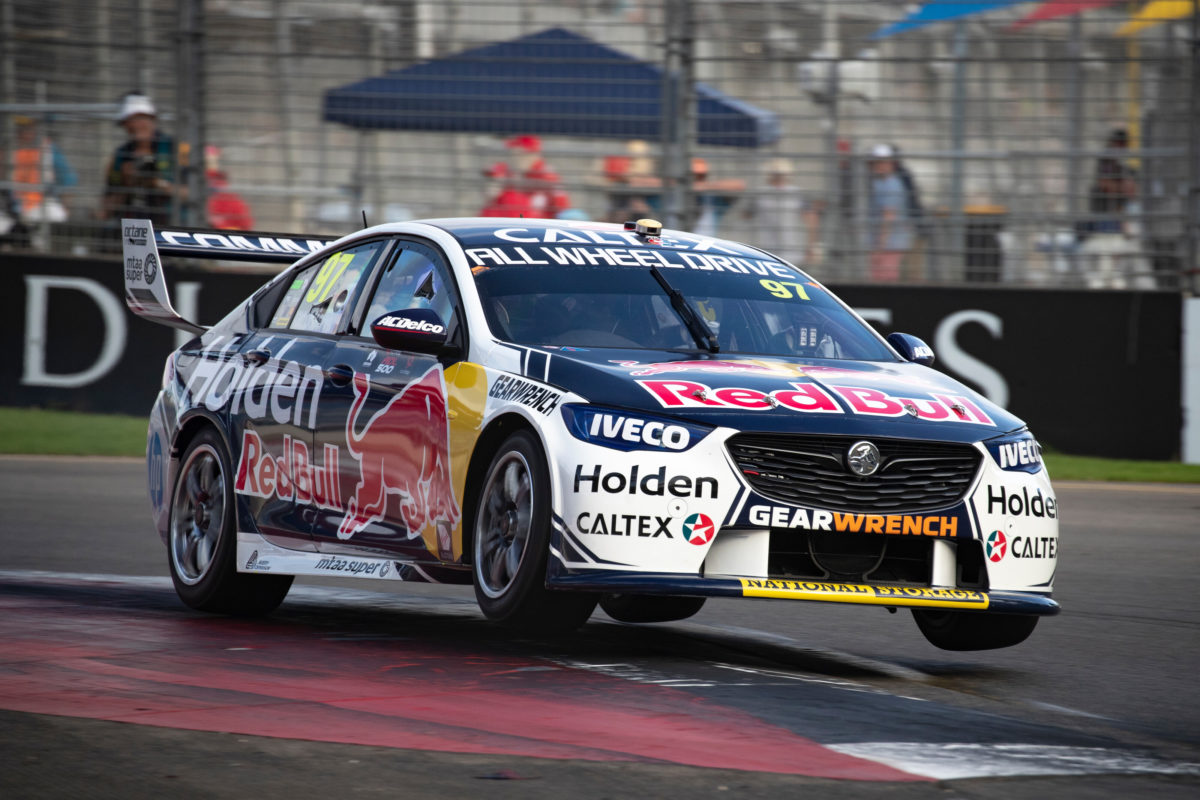 Shane van Gisbergen believes that the introduction of a new, control damper is the major unknown ahead of this year’s Supercars Championship.

The Red Bull Holden Racing Team driver suggested that the change would be more significant than the revision of aerodynamic packages of both the Holden ZB Commodore and Ford Mustang, while Brad Jones Racing’s Nick Percat thinks the damper should be a small boost to those outside the big two teams.

A control damper package produced by Supashock, although expected to be branded as Pedders, has been mandated for 2020, with devices to be sealed such that teams cannot make modifications.

Van Gisbergen cited the superiority which Triple Eight Race Engineering had enjoyed with its Sachs dampers on streets circuits as reason to believe that a control specification could have a major impact on proceedings.

“The biggest thing, I think, is the shock change, having those Supashocks and the limited adjustment that you get,” he told Speedcafe.com.

“I think it’ll be a very interesting because I think in street circuits that’s been an advantage for us; our shocks. The Sachs stuff was very good.”

Ironically, teams will get their first use of the new package when the official pre-season test takes place at The Bend Motorsport Park, perhaps the smoothest circuit on the calendar, before heading northwest to the Adelaide Parklands Circuit for the season-opener two days later.

“You won’t get a feel of that at Tailem Bend, because it’s so smooth, but you’ll get to Adelaide and see how your car really handles over the bumps,” explained van Gisbergen.

“It’s a lot of unknown again.”

The Kiwi therefore eyes opening practice in Adelaide as a crucial session.

“It’d be more crucial than ever because we’ll be learning the shocks and I guess some teams have been running that Supashock, but how similar (the controlled specification) is to what they’ve been running, I don’t know.

“But certainly, that’ll be the first real test to try and improve the car over the bumps and get it feeling somewhat like it used to.”

Van Gisbergen’s team boss, Roland Dane, acknowledges the potential for the dampers to shake up the order but does not believe that will necessarily be so.

“I mean, there were three different dampers effectively in the championship last year and the best cars running those dampers were all fairly close to each other, when on a level playing field, so I’m not sure how it’s going to impact,” Dane told Speedcafe.com.

“Everyone thought that the twin-spring was going to impact big-time last year, but the centre of gravity issue and then the overriding aero issue was a much bigger thing.

“I’m happy to wait and see how it (damper) plays out and what the effect is. I’m not convinced that it’s going to be a big thing, but it could be.”

Percat, who also drove on Sachs last year at BJR, believes the inability to modify the dampers will benefit smaller teams.

“I think the likes of BJR and Erebus, PRA (Tickford), even Walkinshaw to an extent, will probably benefit from it.

“I think your Penskes and Triple Eight will probably come back to us all a little bit purely because the reason we got rid of twin spring and/or multiple springs was because of the amount of time and money those two teams were spending in that area.

“That brought them back a little bit – obviously they were still winning – so I think it will just help probably the smaller teams out a little bit.”

Percat agreed that Adelaide would give a more meaningful read on the influence of the control damper than The Bend.

“I guess there’s long, loaded corners (at The Bend), but there’s no kerb strikes and stuff like that,” he observed.

“To be honest, we’ve had Sachs dampers have issues at Tailem Bend before, but I think, yeah, Adelaide’s going to be the big test.

“It’ll be interesting to see how it all rolls out because obviously normally we’ve probably tested the dampers before the week of the event.

“Hopefully all the homework’s been done correctly through Supercars and Supashock and we just roll out and go racing.”

While James Courtney ran an experimental damper program in what was his final weekend with Walkinshaw Andretti United at Newcastle last November, it is understood that the variant of Supashock damper was not be the as that mandated for 2020.

Further details about the control dampers, the move to which is one of a number of cost-cutting measures, are to be announced by Supercars closer to the start of the season.