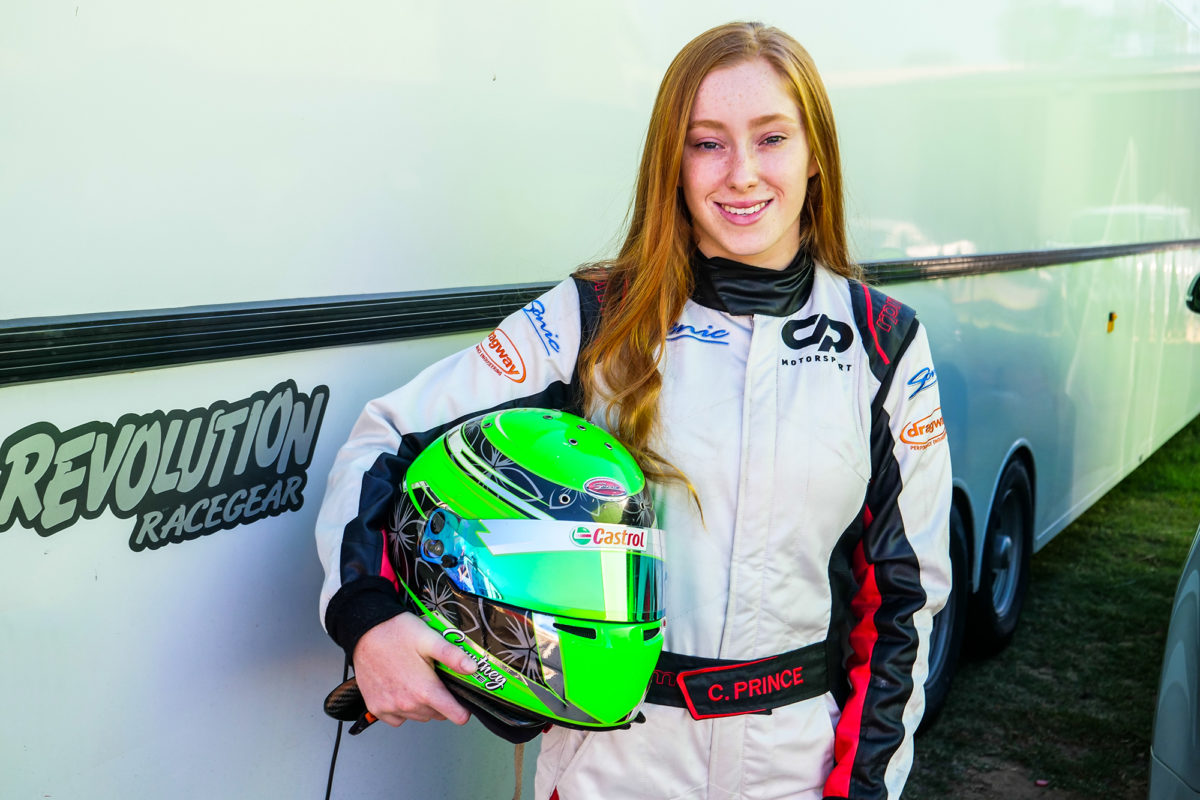 Teenager Courtney Prince will step up to the Michelin Porsche Sprint Challenge with Sonic for the coming season.

Price has spent the last three seasons in Formula Ford, finishing eighth in the 2019 championship.

The Victorian had her first outing in the car at Winton earlier this week, joining team-mate for 2020 Graham Williams on track.

“It was my first time driving a Porsche. I’ve only driven a Formula Ford, and it was a lot different to what I’ve been used to,” said Prince.

“The cars are much faster and grippier than a Formula Ford which tends to move around a lot more.

“I was surprised by how much grip it had, but I thought it would feel faster in a straight line, but I was comfortable in the outright speed of the car.

“It is exciting to move into the Porsche. I have always enjoyed the Porsche class and to be able to do it with Sonic is awesome. They are a great team and have run Porsches for a long time. It’s a great team to progress with and build your career with.

“I would love to start to climb the Porsche pyramid. That is my aim, and this year is my first step in that direction.”

Alongside Prince and Williams, Sonic is also looking to confirm a third car for the six round series.

The Porsche Sprint Challenge will feature on the Shannons Motorsport Australia Championships programme, with its first round to be held at Sydney Motorsport Park on May 27-29.