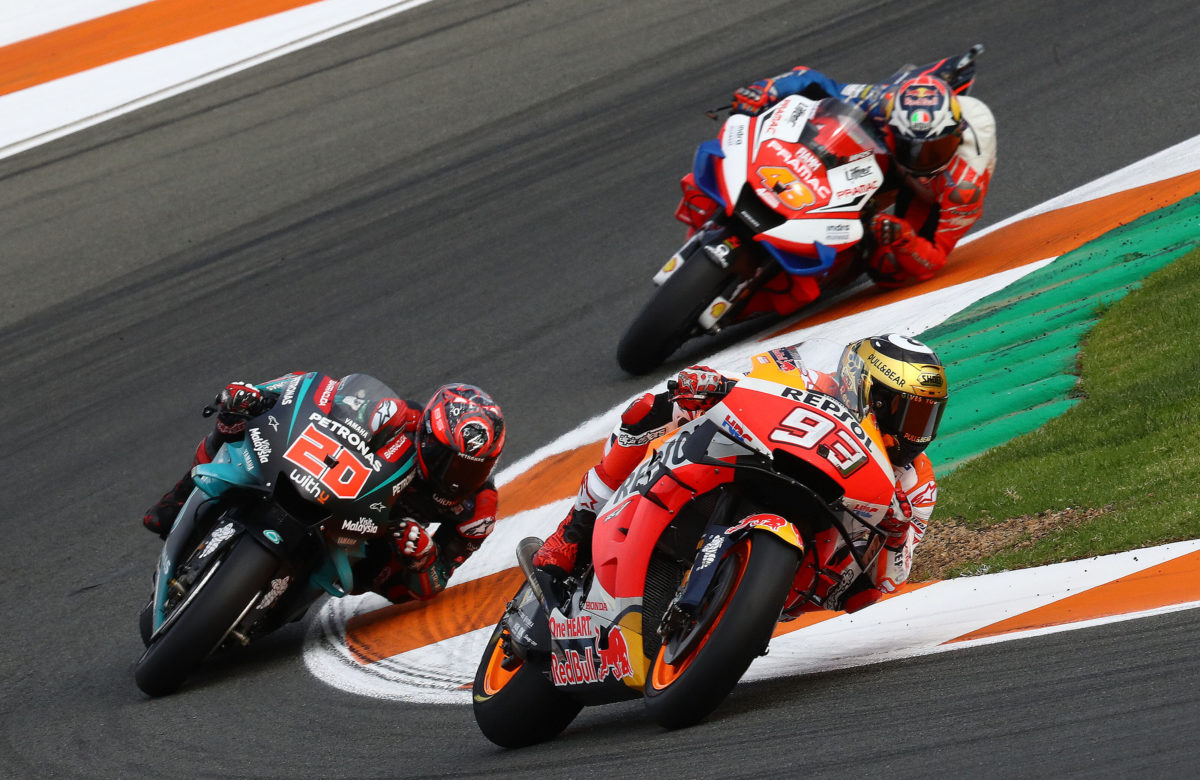 The 2020 MotoGP calendar has been confirmed

An unchanged 2020 MotoGP calendar has been confirmed following publication of the draft calendar last August.

The 20 event schedule will begin in Qatar in March before culminating in Valencia in mid-November.

The only notable change from the draft calendar is the Czech Grand Prix no longer having a question mark next to its name.

Ahead of the season there are tests at both Sepang and Losail, with post-event resting mid-season on the Monday following Jerez and Barcelona in May and June respectively.

KymRing will host a tyre test on June 15-16 while there will be a private MotoGP test at Misano on September 15-16.