Home » GT » Campbell to start from pole at Daytona

Campbell to start from pole at Daytona 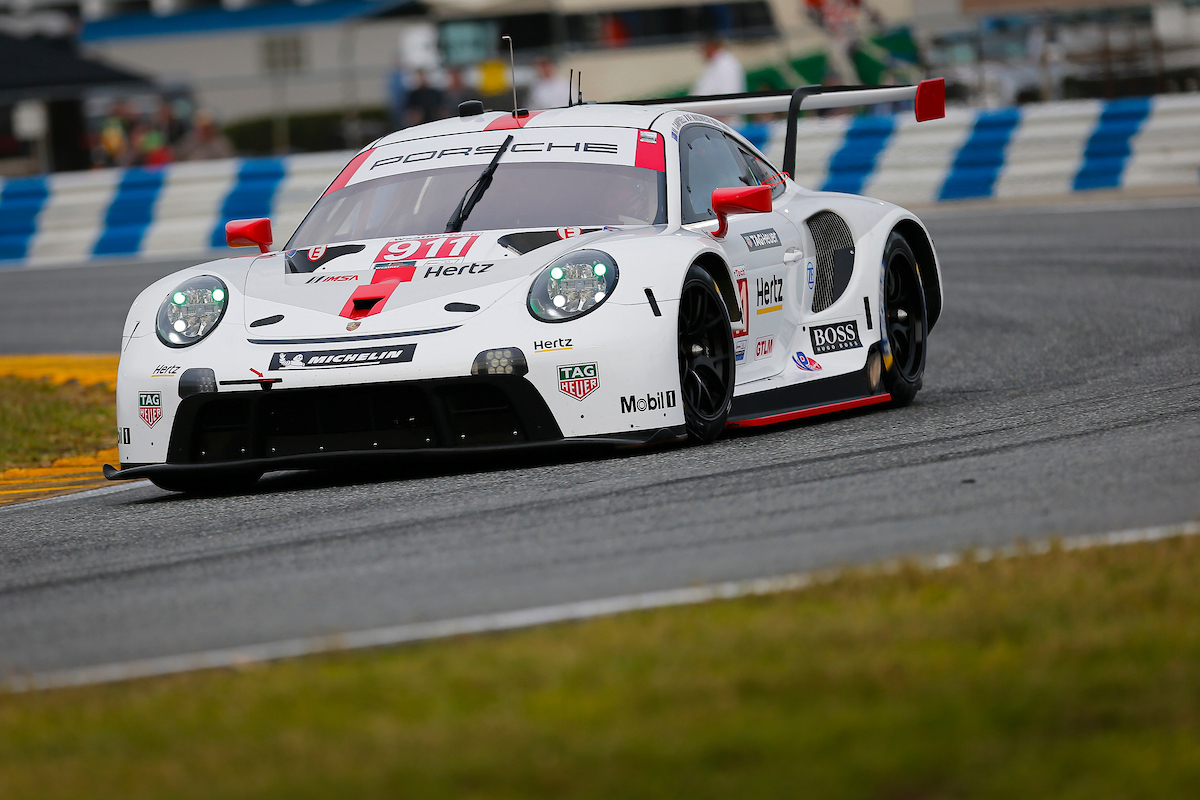 The Porsche driven by Australian factory driver Matt Campbell has claimed class pole position for the Rolex 24 at Daytona.

It saw the entry, which is completed by Fred Makowiecki, less than half a tenth over the Porsche GT Team’s sister entry driven by Earl Bamber, Laurens Vanthoor, and Mathieu Jaminet in the sister car.

The Englishman recorded a 1:33.711 to take his and the team’s second consecutive pole for the event, heading the Acura Team Penske effort driven by Juan-Pablo Montoya by four tenths.

Ryan Briscoe and Scott Dixon will start fifth aboard their Cadillac DPi, seven tenths in arrears of Jarvis’ effort in the 15 minute session.

The day had started wet, with Montoya topping the opening practice session before Ricky Taylor went fastest for Team Penske in the day’s second session.

However, Taylor mounted the kerb entering the Bus Stop chicane during qualifying which resulted in a high speed crash.

Though he was able to climb free of the car, with three minutes left in the session it all but confirmed the prototype results as it drew the red flags.

Missing qualifying was the second AIM Vasser Sullivan entry as it underwent a precautionary engine change, while fellow GTD entries GRT Magnus and Black Swan Racing also missed the session as they work to build up spare cars for the weekend’s event.

The Rolex 24 at Daytona is set to get underway at 13:35 local time on Saturday.

Next Story Daytona wins for Mostert and Briscoe