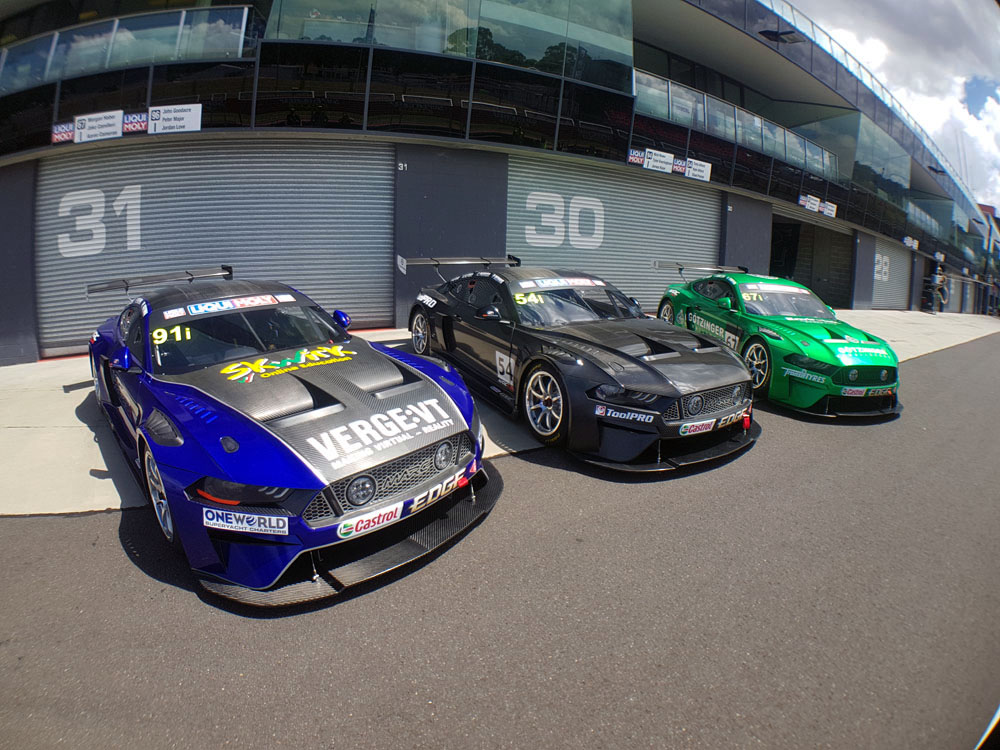 MARC Cars Australia founder Ryan McLeod has sold a controlling interest in the company and will step back from the day to day operations.

The business has been sold with the transaction set to complete ahead of the Liqui-Moly Bathurst 12 Hour (January 31-February 2) and ownership to move to a group involving Geoff Taunton.

It will transform McLeod’s two entries in the race, made under the factory banner, into effectively customer efforts in what he sees as his swansong with the company.

“The team that’s currently involved with Taunton, they’ll become MARC Cars Australia in time for the event at Bathurst,” McLeod confirmed to Speedcafe.com.

“It’s been sort of my baby since the beginning, and it sort of grew out of just the popularity of that first car.

“It was never something that was set out to become a vehicle manufacturer.

“And it was something that we did on the side of running Racer Industries, which I had spent the previous 10 years growing to the point that it was at.

“But it pretty quickly grew from those first three cars to basically now we’ve made 26 cars or 28 cars, servicing them, running them, and supplying them all over the world.”

According to McLeod, the business now needs fresh investment to take it to the next level, with a group including Taunton set to take the reigns.

“There’s a group of customers there that need to have their demands met or their requirements satisfied,” he said.

“So, people who can invest a bit more money into it and people who can take it to the next level are probably good for it, because it’s a cracker car.

“So I think there’s no reason why it should change its charter, but it probably just needs a few more people around and helping fan the flames of it.”

The original MARC Car rolled out in 2013, sporting a Ford Coyote V8 engine and a chassis built by PACE Innovations.

The Ford Focus body was soon joined by a Mazda3 variant, before the 2018 debut of the MARC II V8.

That Ford Mustang-inspired car competed at the Bathurst 12 Hour that year with three entries.

Though emotional to let go of the business, McLeod is set to remain involved on the periphery as he becomes a component supplier to the new owners.

“I joyfully will sit back and watch the cars grow and hopefully we’ll be getting them help in the background and we’ll be still supplying a lot of the parts to manufacture the cars,” he said.

“PACE will still be doing all the work that PACE do, and so the program for the cars will sort of remain unchanged. It’s just it’ll be headed by a different group of people, that’s all.

“The key takeaway from it is it’s not going away, and I wouldn’t let it go unless I thought that there was a good prospect that it was going to be able to grow bigger and better,” he concluded.

MARC Cars Australia have competed in a laundry list of events and series globally, including the Australian GT Championship and Bathurst 12 Hour.

There have been outings in the United States too, with an entry at the California 8 Hours at Laguna Seca and the Circuit of the Americas in 2017.

The cars have also become mainstays on the Creventic series grids, which has seen the Aussie-built cars compete at Spa, Dubai, Zolder, and a host of other venues globally.

Next Story Golding to race S5000 for GRM