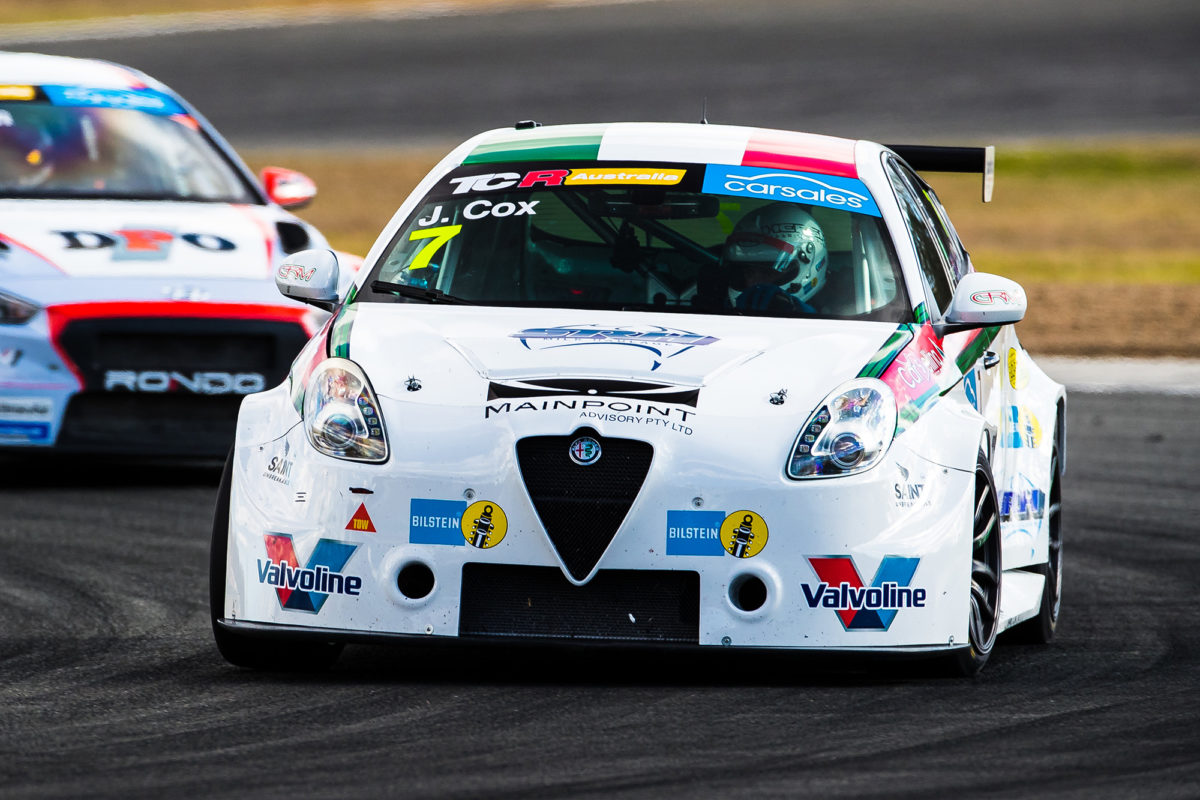 Cox piloted the Alfa Romeo for the final four rounds of the 2019 campaign after making his mid-season debut in a Wall Racing Honda at The Bend Motorsport Park in July.

The New South Welshman recorded two podium positions at the final two events of last season, and retired with mechanical gremlins while leading at The Bend at season’s end.

“We learnt a lot in my first season racing at the national level,” said Cox.

“At lower club and state levels, it can be hard to know where you are at as a driver, but I certainly learnt about my strengths and weaknesses in TCR.

“We did some good things as the season went on and learnt a lot about myself.

“Qualifying was the biggest weakness, I found. Getting the most out of one lap proved difficult, but I’ve had a good look at that over the break and I’m confident that we can improve.

“There’s still a lot to learn at this level, but again, the biggest advantage is that I have five rounds of experience under my belt. It means that I can hit the ground running.

“The pressure will be on, no doubt, but you can’t make it a bigger deal than it is. Championships are won one race at a time, so that’s where the focus is.”

Committed to the full TCR Australia Series, Cox is not currently slated to appear in the Asia Pacific Cup, held as part of the support categories to the Formula 1 Australian Grand Prix.

“The main priority is the championship,” he said.

“I would love to do the Grand Prix, but it’s just a budget constraint for that event. It would have been a great thing to do.”

Overseeing Cox is Australian GT Championship winner Greg Crick, who is set to continue with the GRM Customer Racing team in 2020.

“Greg Crick is a very wise man and has been a big supporter of our efforts with Jordan,” said Garry Rogers.

“When I originally spoke to Greg about getting Jordan to our team, Greg helped influence my decision.

“While Cricky is not an engineer, he is very qualified in getting the most out of a car and driver combination, and he is an invaluable part of our whole organisation.”

GRM will field two factory-supported Renault Meganes, as well as a number of Alfa Romeos and Peugeot 308s during the coming season.

Sydney Motorsport Park hosts the opening round of the 2020 TCR Australia Series on March 27-29.