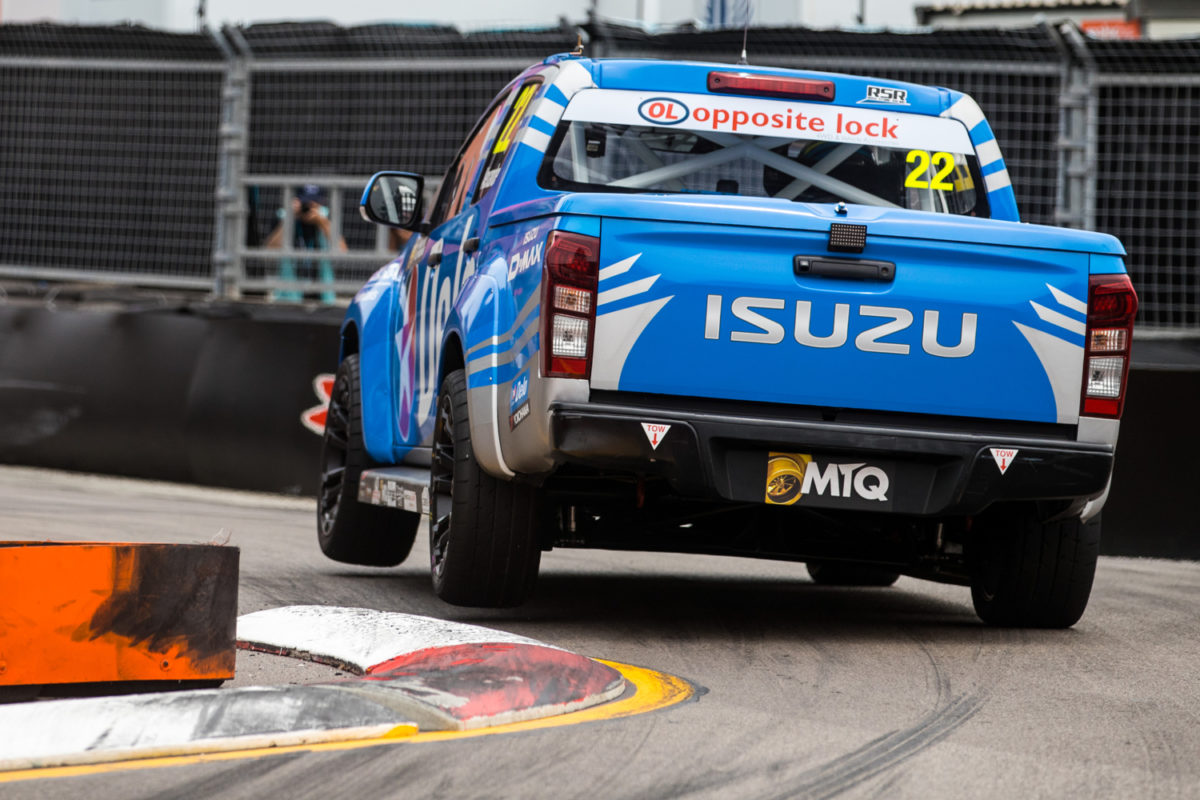 Ross Stone Racing will not back up from its victorious SuperUtes campaign in 2020 and instead concentrate on restoration of Stone Brothers Racing’s Supercars Championship-winning Falcons.

RSR won the 2019 SuperUtes Series with Tom Alexander and an Isuzu D-Max after fielding the young Kiwi in a Holden Colorado in 2018.

In a brief statement on its Facebook page, the team advised, “Ross Stone Racing has no current plans to compete in any Events in 2020 with the main focus on rebuilding the Ambrose and Ingall Championship Falcons.

“We’re thrilled to have finished 2019 on such a special note with a championship win.

“We hope teams and drivers have a wonderful and safe year competing in all forms of motorsport and the fans and spectators are thoroughly entertained.”

Speedcafe.com understands that RSR’s move to not recontest SuperUtes was largely decided in the latter months of last season, and the announcement should have no marginal impact now on predictions of a field of at least 14 SuperUtes in 2020.

Racing in SuperUtes for two years represented a more lasting return to competition for Ross Stone, one half of the Supercars Hall of Fame Stone Brothers.

RSR also fielded a Commodore ute for debutant Christopher Formosa in the final season of V8 Utes in 2017, in conjunction with Stone’s advisory role to Supercars regarding SuperUtes.

Stone Brothers Racing was taken over by Betty Klimenko and transformed into Erebus Motorsport at the start of 2013, although Ross Stone stayed on as a contractor for two more years, before a brief sojourn in Australian GT in 2015.

He and brother Jim also held on to two famous SBR Falcons, one driven to championship triumphs by Marcos Ambrose in 2003 and 2004 and the other by Russell Ingall to his title in 2005.

Their restoration is an ongoing project which has also seen work conducted in the facility of Matt Stone Racing, owned by Jim’s son Matt.