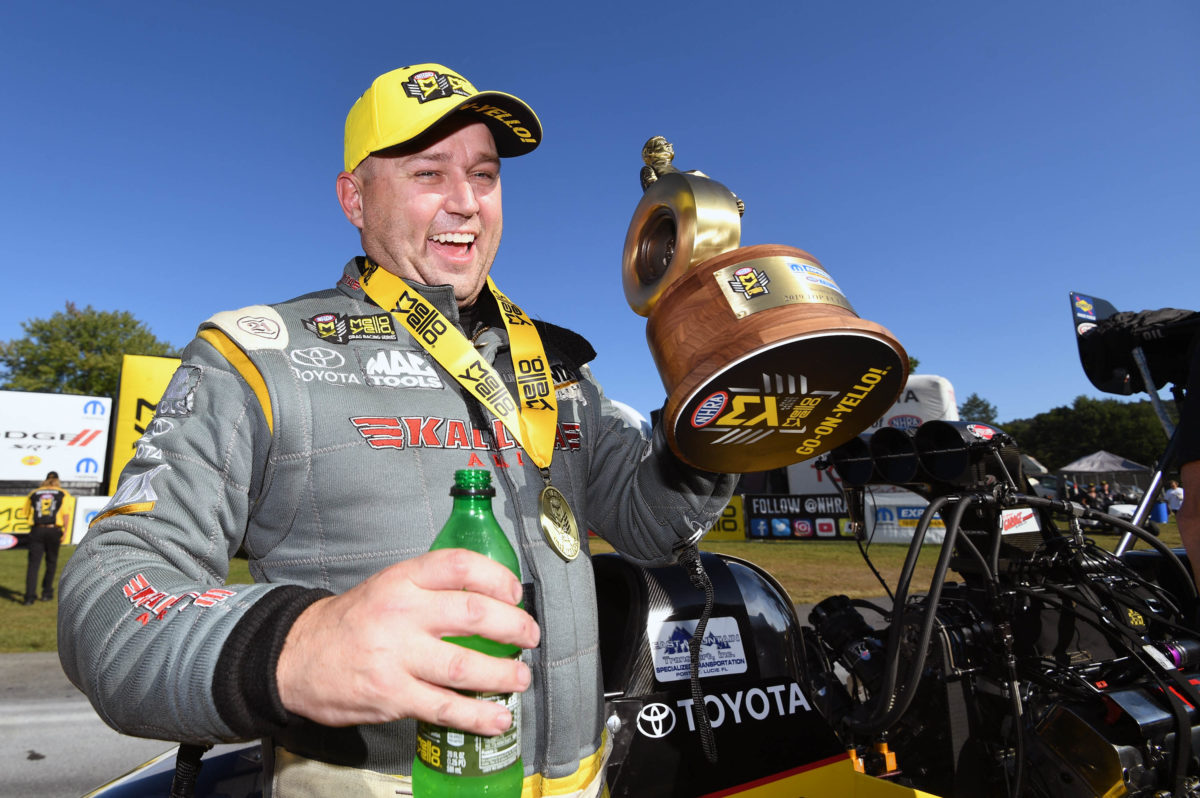 The event was due to be held last weekend but was postponed due to rain, with regular RAI driver, Californian Ashley Sanford, not able to return due to family reasons.

“My boys, Santo Junior and Santino have got to know Richie really well when we’ve raced in America and the few times he’s returned to Australia to race. He’s a world-class driver and a great fit with our family team,” said Rapisarda.

Crampton has 10 NHRA National event wins to his credit, including a victory at the world’s biggest and most prestigious drag race, the Chevrolet Performance US Nationals in his rookie year in 2014.

He finished the 2019 season in sixth place in the NHRA Mello Yello Series points, recording two wins in three final round appearances in the DHL/Kalitta Air/Toyota dragster.

RAI had originally planned to run four cars in Sydney with American Dom Lagana slated for the fourth seat, but he also was unable to return due to having to prepare for the NHRA’s pre-season testing sessions in Las Vegas.