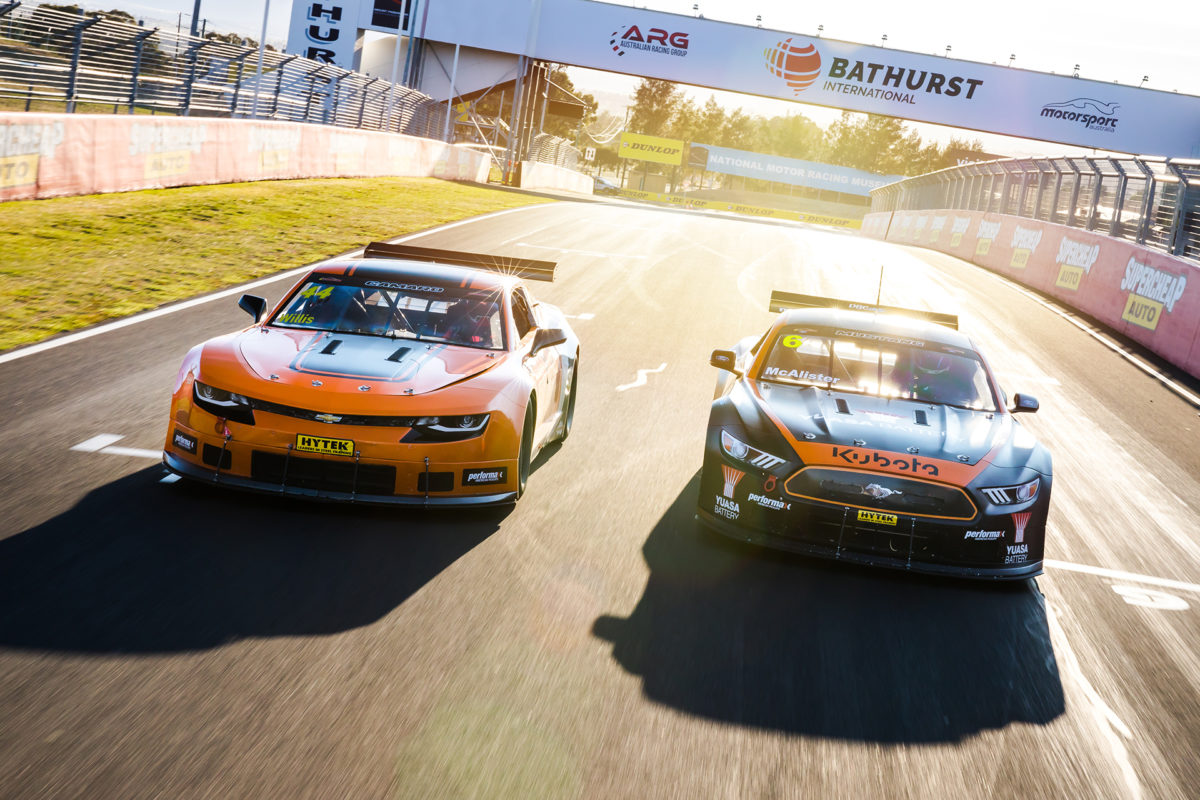 The Australian Racing Group has announced the formation of its own Trans Am 2 series, effective 2020, following its split from organisers of the existing TA2 Muscle Car Series.

The creation of the National Trans Am Series means that TA2 cars will still race at next month’s Superloop Adelaide 500 and November’s Bathurst International, where the first and last rounds of the six-round season will be held.

It will also see every race other than those in Adelaide shown live and free on the Seven Network’s 7Plus streaming service, and selected races live on Seven broadcast channels.

ARG had formed an alliance with PBR, which is the car importer for and promoter of the incumbent TA2 Muscle Car Series, midway through last year.

The two parties have now split in a development which follows ARG’s acquisition of the commercial rights to properties such as TA2 in Australia and New Zealand from the Trans Am Race Company, as announced earlier this month.

“Without doubt, the original aim was to have an integrated approach between ARG and PBR that would have seen a two-tier series – one for national competitors and one at a state level, providing choice for competitors.

“While we were close to finalising this arrangement, we eventually agreed that the best way forward was to operate independently.

“Trans Am cars are some of the most exciting race cars that are currently in Australia. They look and sound spectacular, create great racing and they are built with cost in mind.

“It is our goal to give these iconic brands like Mustang, Camaro and the Dodge Challengers the national footprint they deserves, and what better way to kick it off than at the Superloop Adelaide 500.

“Grid sizes will be capped to 32 cars. This is largely dictated by circuit densities, so this will strictly be on a ‘first in, first served’ basis.

“There are already close to 40 eligible cars in the country, and while we understand that there has been a level of uncertainty regarding the category, we firmly believe that a national-level series will be a great step forward for Trans Am competitors.”

A key difference between the US series and PBR’s Australian series is that the former allows for multiple car and chassis manufacturers while the latter limits competitors to a controlled, Howe Racing Enterprises chassis sporting a controlled GM Motorsport engine and drive line package.

The new National Trans Am Series is comprised of four rounds on the Motorsport Australia Championships platform, bookended by the marquee events in Adelaide and at Mount Panorama, in a calendar which has a similar look and feel to that which was originally released in December 2019.

That ARG series will be open to the current specification TA2 cars that already race in Australia, and retains Hoosier as control tyre supplier.

The original TA2 Muscle Car Series, meanwhile, is set to revert to a calendar comprised largely of Australian Motor Racing Series events which organisers say will be announced this week.