V8 SuperUtes will ‘definitely’ be quicker than old racing utes

V8 SuperUtes will ‘definitely’ be quicker than old racing utes 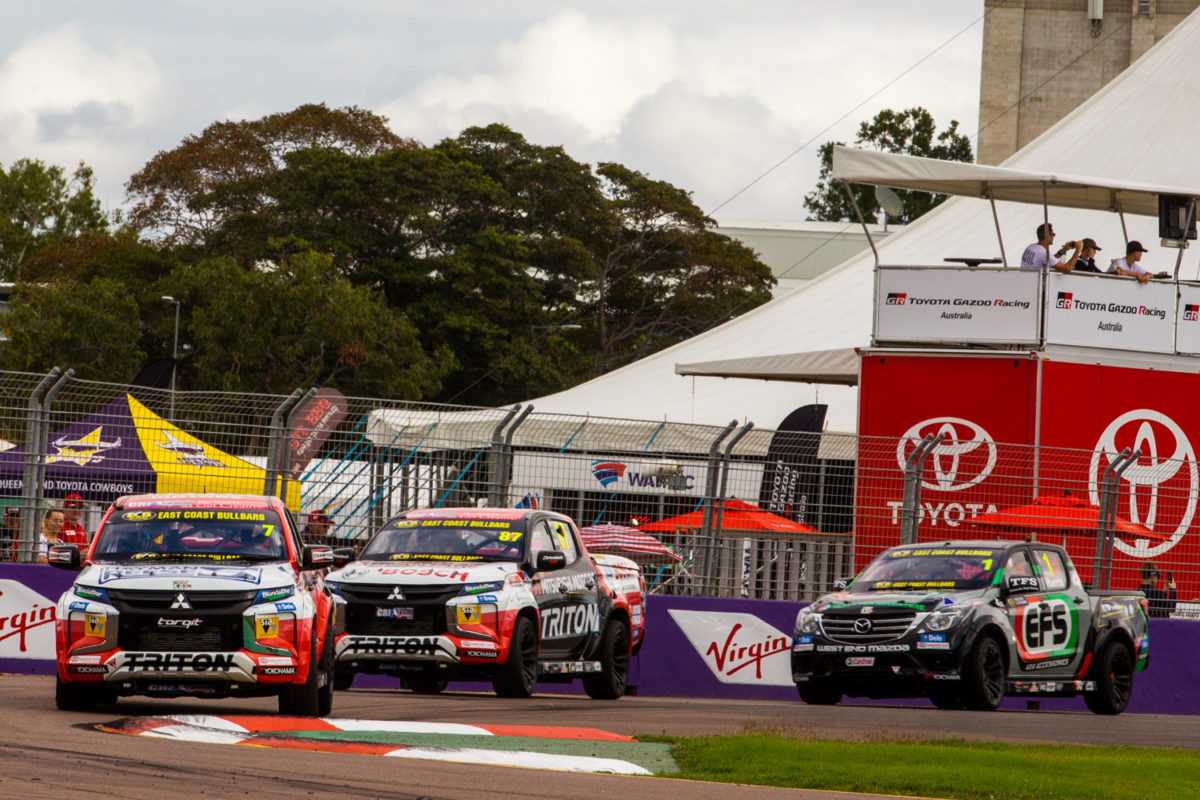 Two SuperUtes team owners have predicted that the soon to be LS3-powered dual cab racers will be at least as quick as, if not quicker than, the old V8 Utes.

Multiple teams are now known to be working on the fitting of V8 engines in SuperUtes, either for the purpose of drive days or to understand installation requirements, while work continues in the background on administrative matters including the series’ transition to a competitor-owned model.

Luke Sieders, owner of Sieders Racing Team, maintains that, aside from lower power, the SuperUtes were a “tenfold” improvement on the Falcons and Commodores which were much closer to road-going specification.

“They’ve got a bigger tyre, they weigh similar or potentially lighter once we go to this (LS3) engine, and they’ve got bigger brakes, so everything the old V8 Ute lacked, this has in tenfold,” he told Speedcafe.com.

Asked to clarify if he was therefore of the view that the V8 SuperUtes will be faster than the utes that were raced up to 2017, Sieders stated, “Definitely.

“The biggest stumbler there is that we’re using a harder compound tyre but that’s just what we’re having to use to accommodate the 20-inch wheel.

“The fact that we’ve got a lot more tyre on the track, I think, will make up for that harder compound anyway, and we’ve got bigger brakes.

“All the frustrating areas with the old platform were already rectified in this platform.

“The engine… Obviously we lacked a significant amount of output compared to the old cars so now that we’re definitely going to have more than we had before, it should definitely have a positive effect on where it ends up.”

Peters Motorsport owner Rod Dawson is of a similar view.

“When you work it out, you’re going to have probably an extra 220 horsepower on a usable rev range of probably 1600 to 2000 revs more than what the diesel was, they’re going to be alright,” Dawson told Speedcafe.com.

“I can’t see that they won’t achieve the same sort of times as what the original utes used to do.

“So, 60-odd horsepower more than what an FG or a Commodore has, on the same weight, with proper brakes, and one and a half times as much tyre…

The SuperUtes were several seconds per lap slower than the V8 Utes came to be, although the gap narrowed over the two years of the turbo diesel era due to upgrades to engines, other mechanicals, and the wheel/tyre package.

A step change followed once an R-spec tyre became available for the 20-inch wheels midway through 2019.

The 2019 Bathurst round was also the high water mark for SuperUtes entries with a grid of 14, a figure which Supercars and Motorsport Australia have made a requirement for the series in 2020.

Sieders, like Dawson, is confident that the figure will be matched.

“We’ll definitely have 14,” he declared.

“It’s a hard line from them (Motorsport Australia) as well (as Supercars) but we needed and wanted that ourselves, and we’re pushing for more.

Although SuperUtes has not formally been confirmed for 2020, a calendar has already provisionally been agreed with Supercars, with a mid-year start.