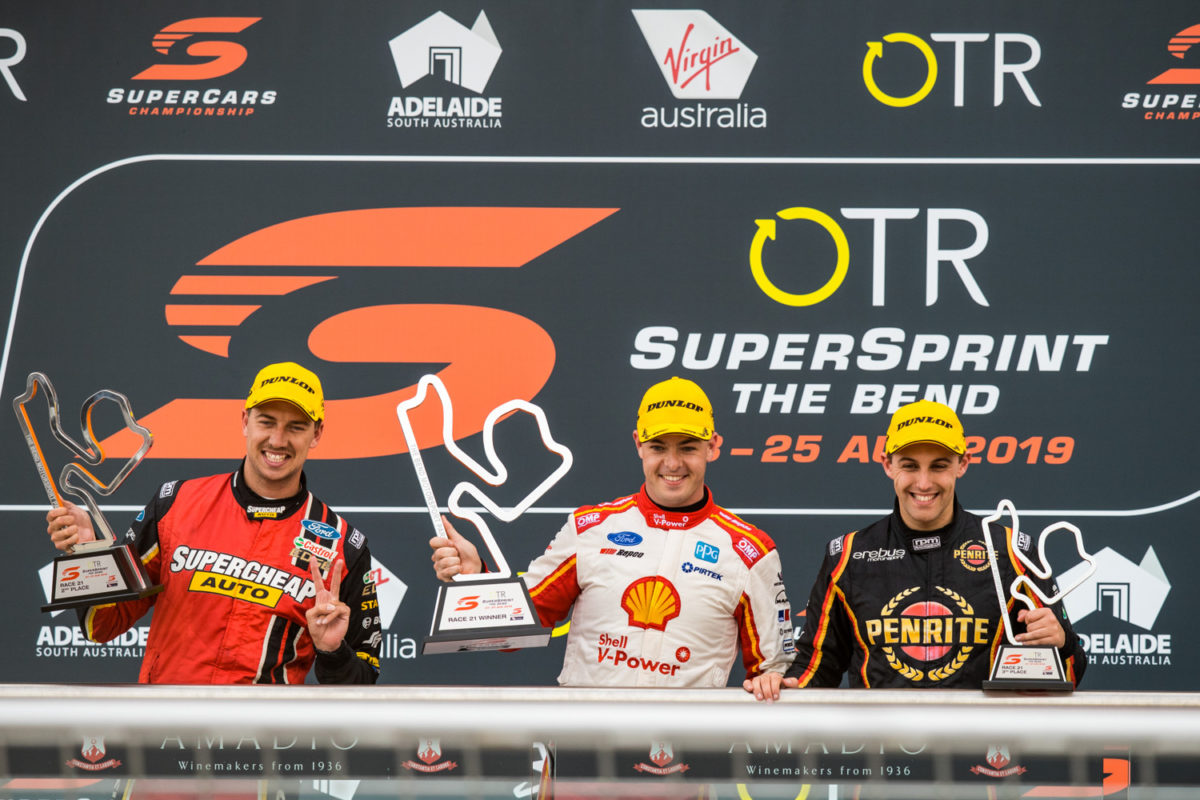 Penrite Racing CEO Barry Ryan insists that Anton De Pasquale is not thinking about a potential offer from DJR Team Penske despite the young gun coming off-contract this year.

De Pasquale signed on to extend his stay at Erebus Motorsport, with which he debuted in the Supercars Championship in 2018, to a third season halfway through last year amid speculation that he might have already been a target for rival teams.

Erebus subsequently moved to sign one of its current Pirtek Enduro Cup co-drivers, Will Brown, to a full-time Championship seat for 2021 despite also having inked a 10-year deal with David Reynolds in the intervening period.

It has also brought Brodie Kostecki, whose potential became apparent in Super2 in 2018 and through his wildcard starts in last year’s enduros, into the fold as a co-driver for De Pasquale in 2020.

Ryan has stated that a three-car attack on the 2021 season is an option, but the Brown deal is also an obvious means of covering for the potential loss of De Pasquale to DJRTP, which has won the last two drivers’ championships and two of the last three teams’ titles.

Just this month, Scott McLaughlin, whose current contractual term is a closely guarded secret at Stapylton, has tested one of Team Penske’s IndyCars amid an ongoing desire to race in the United States.

Ryan believes that an offer from DJRTP would be difficult for De Pasquale to resist in any event, but says that Erebus’ focus is on ensuring that the 24-year-old does not want to leave.

“It would be nice to give him a pretty good reason not to go anywhere,” Ryan told Speedcafe.com.

“But, he’s not even thinking about it. When you ask him about it, he doesn’t want to talk about it, which is perfect, because we just want to get through this year first.

“Obviously we’ve signed Will to make sure we protect ourselves and we don’t have to start again with another junior driver.

“With Will and Brodie in the team now, we’ve got two young guys that are ready to probably go to main game (now) anyway, so we’re pretty powerful for the enduros as well and we’ve got plenty of windows to run two, three cars, with strong drivers.

“We only did a one-year deal,” he affirmed regarding De Pasquale’s contract covering 2020.

“There’s obviously a negotiation period, and whatever, but it’s the same thing; you don’t want someone there that doesn’t want to be there.

“I hope he’s going to want to be there, when we talk about it.

“In the meantime, we’ll just do the best that we can, and hopefully win some races, and we’re the best team and he won’t want to leave; it’s as simple as that.”

De Pasquale himself described contractual matters as a “behind closed doors chat” when the question about whether he needs to renew for 2021 was put to him by Speedcafe.com.

The Victorian took a maiden podium in Race 10 of last season at Phillip Island, which had McLaughlin praising him as “a star of the future”, and added another in Race 21 at The Bend.

De Pasquale views 2019 as a year to “capitalise” on his upward trajectory, a position echoed by his boss at Erebus.

“I think the last few rounds last year built his confidence fairly well, because he out-qualified Dave a few times, and they were really pushing each other towards the end of the year,” observed Ryan.

“I think he’s pretty positive and confident for the year, so we’re looking forward to seeing him win a race or two.

“As a team, we want to win some races, so I don’t really care who does it, but I think Anton would be pretty hard on himself if he can’t win a race this year.

“He’ll be pushing us as much as we’re pushing him.”

De Pasquale will contest the Liqui-Moly Bathurst 12 Hour in a Triple Eight Race Engineering-run Pro-Am class Mercedes-AMG GT3 on January 31-February 2 before his Supercars campaign begins with the official pre-season test day at The Bend on February 18.