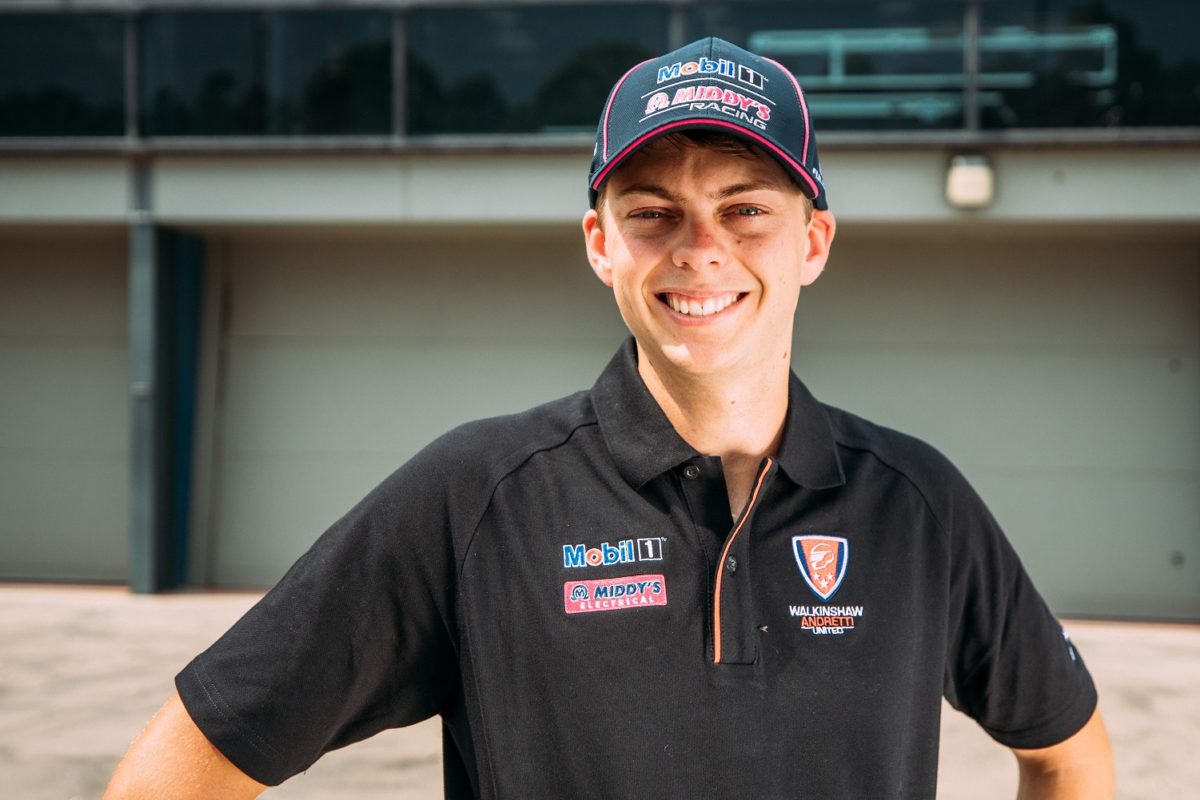 Walkinshaw Andretti United has confirmed that 2019 Super2 Series winner Bryce Fullwood will drive for the team in this year’s Virgin Australia Supercars Championship.

The announcement makes formal what had long been expected but remained “up in the air”, according to Fullwood, into the new year.

It also means that both WAU seats, and indeed all but one on the grid generally, are now locked in after the Clayton outfit prised Chaz Mostert away from Tickford Racing.

Fullwood will drive the #2 ZB Commodore with title sponsorship shared between his personal backer, Middy’s Data & Electrical, and even longer-term WAU partner, Mobil 1.

“I’m really excited to be joining the Walkinshaw Andretti United family for 2020, and can’t wait to get my rookie year under way,” said the 21-year-old.

“It’s a dream come true to join the main series, and something I’ve been working towards for a long time.

“From the moment I walked through the doors at WAU I felt at home, and everyone here has been more than welcoming. There’s no doubt there will be a lot to learn this year, but I’ve definitely got the right people around me, you can tell it’s a family here.

“Now that the news is out there, I can’t wait to jump in the car at The Bend and kick it all off.”

Fullwood took out last year’s Super2 Series in dominant fashion, unofficially sealing the title with a round to spare, and was impressive as Andre Heimgartner’s Pirtek Enduro Cup co-driver at Kelly Racing.

WAU’s directors in Ryan Walkinshaw, Michael Andretti, and Zak Brown, referred to those achievements in welcoming Fullwood to the squad.

“It’s really exciting to have Bryce join the team for the 2020 season,” said Walkinshaw.

“He’s certainly someone we have watched closely over the recent years, and his outstanding season in 2019 shows the calibre of driver he is.

“It’s definitely going to be an exciting journey, Bryce is an outstanding driver, and person, and we are really excited by what we can achieve together going forward.

“We also welcome Middy’s to our family with open arms, and as always, thank Mobil 1 for their continued and unwavering support.”

“No one can question the year that he had in 2019, to win the Dunlop Super2 Championship, the Armor All Pole award and do such a great job as co-driver in the enduros is a terrific feat, and we all have been nothing but impressed with everything about him.

“He is the perfect fit for our team, and I can’t wait to watch his career continue to go from strength-to-strength.”

Brown added, “Bryce is not only a great driver, but a great person, which is why the decision to bring him on-board for 2020 was an easy one.

“While he might have the ‘rookie’ title next to his name, his experience and results said to us that he was more than ready for the next step, and I’m sure he will surprise a few people this season.

“It’s fantastic to have Middy’s join us, as well as the continued support from Mobil 1. 2020 is looking extremely exciting, bring it on.”

Fullwood is a Darwin native and therefore set to become the first Territorian to race full-time in the Supercars Championship.

His confirmation also means that only one seat remains unspoken for, namely the second one at the Sydney team.

Tekno Autosports boss Jonathon Webb, whose team is behind the project, recently told Speedcafe.com that it has “most of our things sorted” despite the dearth of announcements since the concept was formally revealed at last year’s Supercheap Auto Bathurst 1000.

The Sydney team is set to field one of WAU’s now former drivers in James Courtney, while his team-mate of the last three years, Scott Pye, has moved to the expanded Team 18.

Fullwod’s first drive of the Mobil 1 Middy’s Racing entry will come on February 18 in Supercars’ official pre-season test day at The Bend, two days prior to the start of the Superloop Adelaide 500 weekend.