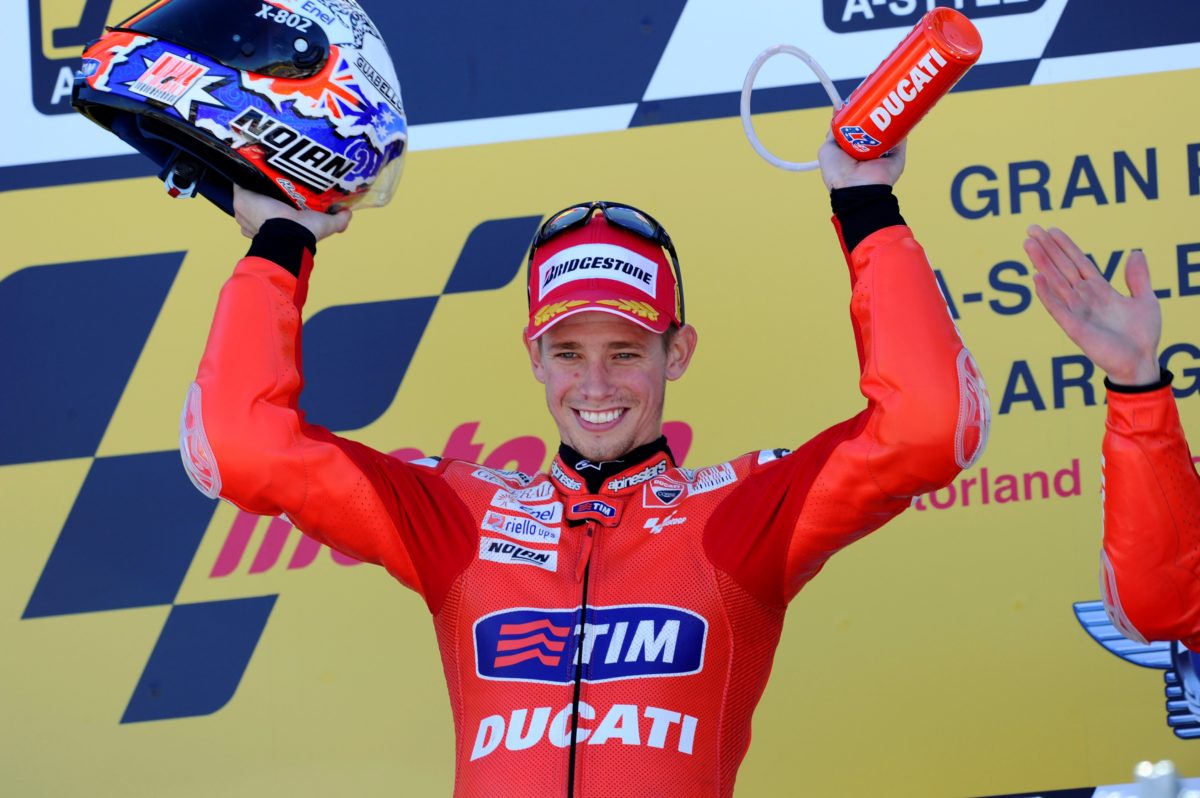 Casey Stoner in the leathers in question

Two-time MotoGP World Champion Casey Stoner has joined the fight for bushfire relief by auctioning off a rare set of his race-winning leathers from the inaugural 2010 Aragon Grand Prix.

It is the first time the Australian has offered a set of his leathers from his private collection and they will come with an autographed certificate of authenticity from Alpinestars.

The Aragon Grand Prix was created in 2010 as a replacement for the Hungarian Grand Prix and Stoner won the first two events at the Spanish circuit but missed the chance for a three-peat because of injury. 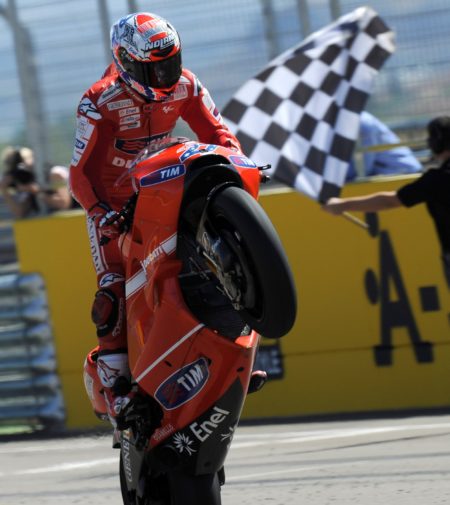 Stoner takes the chequered flag at Aragon in 2010

The 2010 Aragon victory was the 21st of his 38 MotoGP victories in 115 starts before retiring at the end of 2012. It was also the first of three victories in his final year at Ducati which also included wins in Japan and Australia.

All monies raised from the auction will go to the Australian Red Cross and fans can bid on the leathers up until 18:00 AEDT on Friday. CLICK HERE to bid.

“It’s been difficult watching the bushfires at home while on holidays in the US,” admitted Stoner.

“It has however been heart-warming being overseas at this time and seeing the international support being given to our country during this terrible devastation.

“I am saddened by all the lives that have been impacted and the terrible impact upon our land and its animals.

“Spending much of my younger years in rural communities I am closely connected to our land and I feel this deeply. We will remain strong through this time because we are Australian and that’s what we do.”

Stoner was named Young Australian of the Year in 2008 and was awarded an Order of Australia in 2013 for his services to motorcycle racing.

He is one of several high-profile Australian motorsport competitors who have created unique auction opportunities to raise much-needed funds for bushfire relief.

Previous Story Fire-damaged endplate to be auctioned for bushfire cause