POLL: Do you think Whincup will retire this year?

POLL: Do you think Whincup will retire this year? 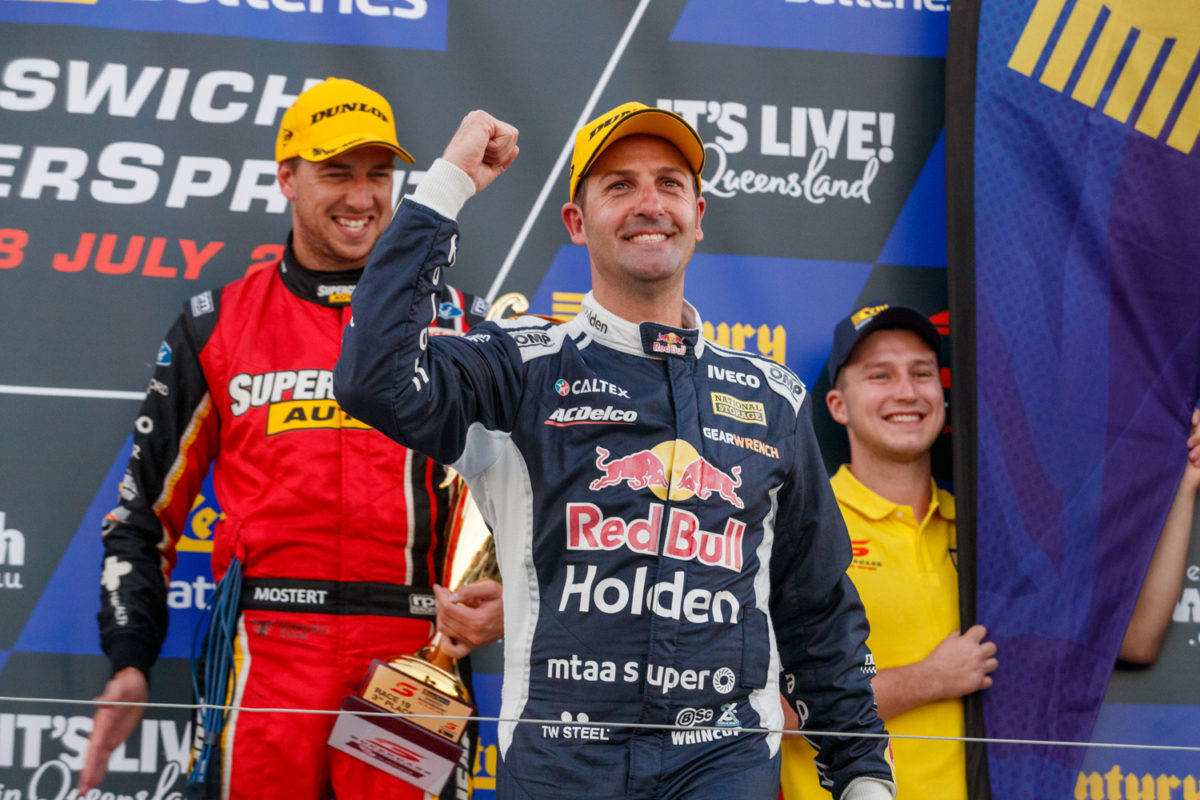 With Jamie Whincup forecasting a call on his driving future before the start of this year’s Supercars Championship, we want to know what you expect his decision will be.

Whincup spoke openly on the possibility of retirement following his appointment to the Supercars Commission in October last year, explaining that it was part of a strategy to broaden his horizons outside of the driver’s seat, alongside running his own business and taking up a stake in Triple Eight Race Engineering.

His last two deals with Triple Eight, where he has driven since 2006, have been one-year terms following a three-year contract which covered seasons 2016 to 2018, although it should be pointed out that the agreement before that was also only for 12 months.

Now, Whincup has told Speedcafe.com that he will “likely” make a decision on whether or not 2020 will be his last year as a full-time driver before the Adelaide 500, which opens the Virgin Australia Supercars Championship season from February 20.

“Unsure, but I’ll make a call probably in the next month or so, most likely before Adelaide, on whether this will be the last or I’ll go again,” he said ahead of the Red Bull Holden Racing Team’s season launch.

By then, the seven-time Supercars champion and four-time Supercheap Auto Bathurst 1000 winner will have celebrated his 37th birthday, which nevertheless makes him still younger than six other drivers (a quarter of the field) currently slated for full-time campaigns this year.

He has also stated previously that he would step out of the seat once he becomes uncompetitive, but last year’s results suggest that Whincup remains a force in the Supercars field.

It might have taken 19 races for him to crack a race win in 2019, but another four followed by season’s end, matching the haul of team-mate Shane van Gisbergen and leaving him behind only the re-crowned Scott McLaughlin.

Whincup has also finished third in the championship for each of the last two seasons, and first or second in 10 of the 11 prior to those.

His seven titles and the streak of four from 2011 to 2014, not to mention 118 race wins, are all records in the Supercars/Australian Touring Car Championship.

The Bathurst 1000 honours place him equal seventh all-time for Great Race victories, alongside Allan Moffat and Greg Murphy, while the seven total podiums (including three as runner-up) represent the equal eighth best haul, tied with names including Moffat and John Bowe.

Whincup will be partnered by Craig Lowndes in this year’s Pirtek Enduro Cup after that combination was re-formed in 2019, and the latter is tied to the team as a co-driver until at least the end of 2021.

One theory had the length of Lowndes’ deal, announced in August last year, as indicative of Whincup’s own plans as a full-timer, although Whincup himself said that is not necessarily the case.

As such, 2020 could still be Whincup’s last year as a full-time driver.

However, it would also be pertinent to note that, as he revealed the probable Adelaide deadline, Whincup also reaffirmed his passion for racing cars.

“I love my racing more than ever,” he said.

“Yeah, hey, we haven’t stood on the top step as much as we’d like, especially in the last couple of years.

“We feel our competitiveness was as strong as anything come the end of last year, so we see no reason why we shouldn’t be competitive and roll out of the box fast this year.”

Is another deal for Whincup, as a full-time driver, on the cards? What do you think? Cast your vote in this week’s Pirtek Poll.