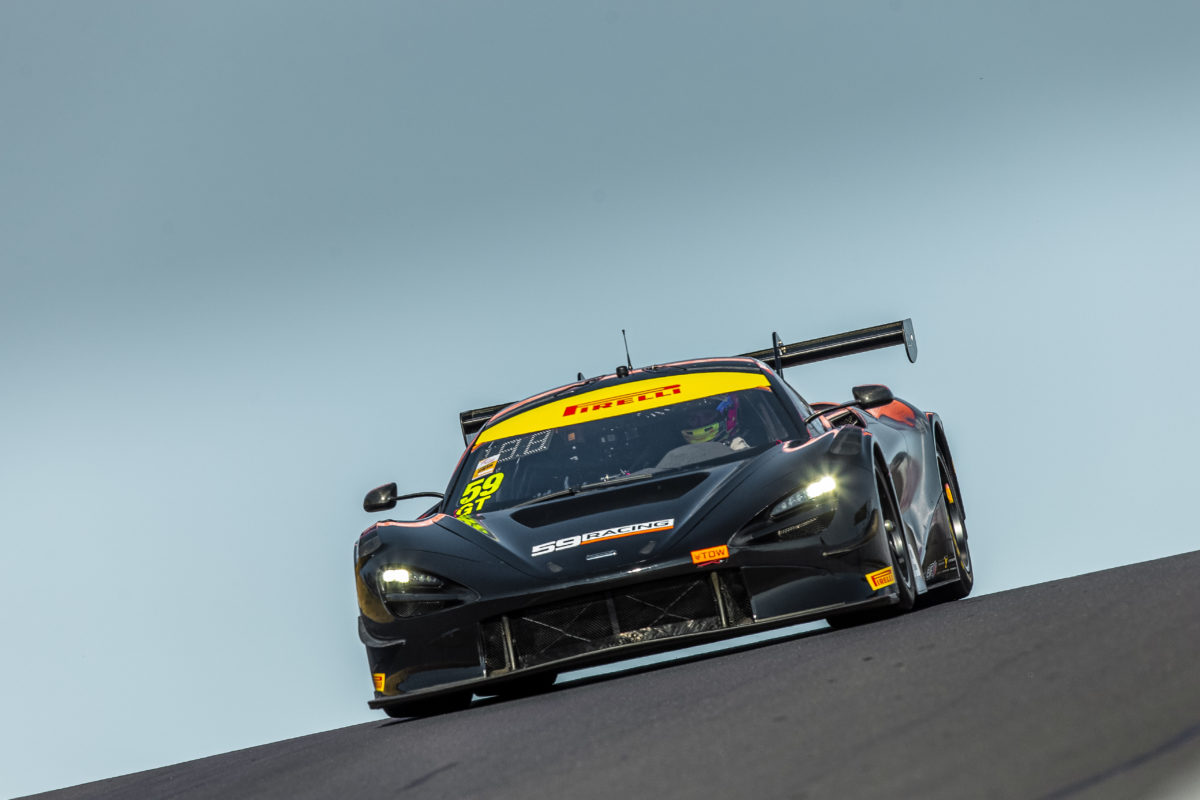 The Portuguese driver will be joined by McLaren factory racer Ben Barnicoat, with Tom Blomqvist completing the entry.

Parente was part of McLaren’s 12 Hour winning squad in 2016, when he joined Shane van Gisbergen and Jonathon Webb at the wheel of a 650S GT3.

For this year’s event McLaren will debut the 720S GT3, which made its racing debut last year.

It’s the first time the car has been eligible for the race, with 59Racing to field two of them.

“Bathurst is a great track with a lot of happy memories for me, so to be able to go back there with McLaren and 59Racing is very exciting,” Parente said.

“There are a lot of familiar faces in the team, so I am very confident heading into the race that we can do a good job.”

“A huge thanks goes to 59Racing for the opportunity to race at Mount Panorama,” he said.

“It’s one of those bucket list circuits in world motorsport, so I’m really looking forward to driving the McLaren 720S GT3 around there.

“It’s even more exciting that it’s the first year the car has raced there, so there will be some learning to do but we know the car and team are up to the task.”

Blomqvist meanwhile has made six Formula E starts, and campaigned a BMW in the IMSA SportsCar Championship last year.

“I am very much looking forward to joining 59Racing at Bathurst and driving the McLaren 720S,” he said.

“Having never raced at Bathurst before it looks like a very challenging circuit, but I have some great co-drivers that I’m sure will help me.”

The drivers for the team’s sister car are set to be released tomorrow.

Practice for this year’s Bathurst 12 Hour begins on January 31, with the race on February 2.