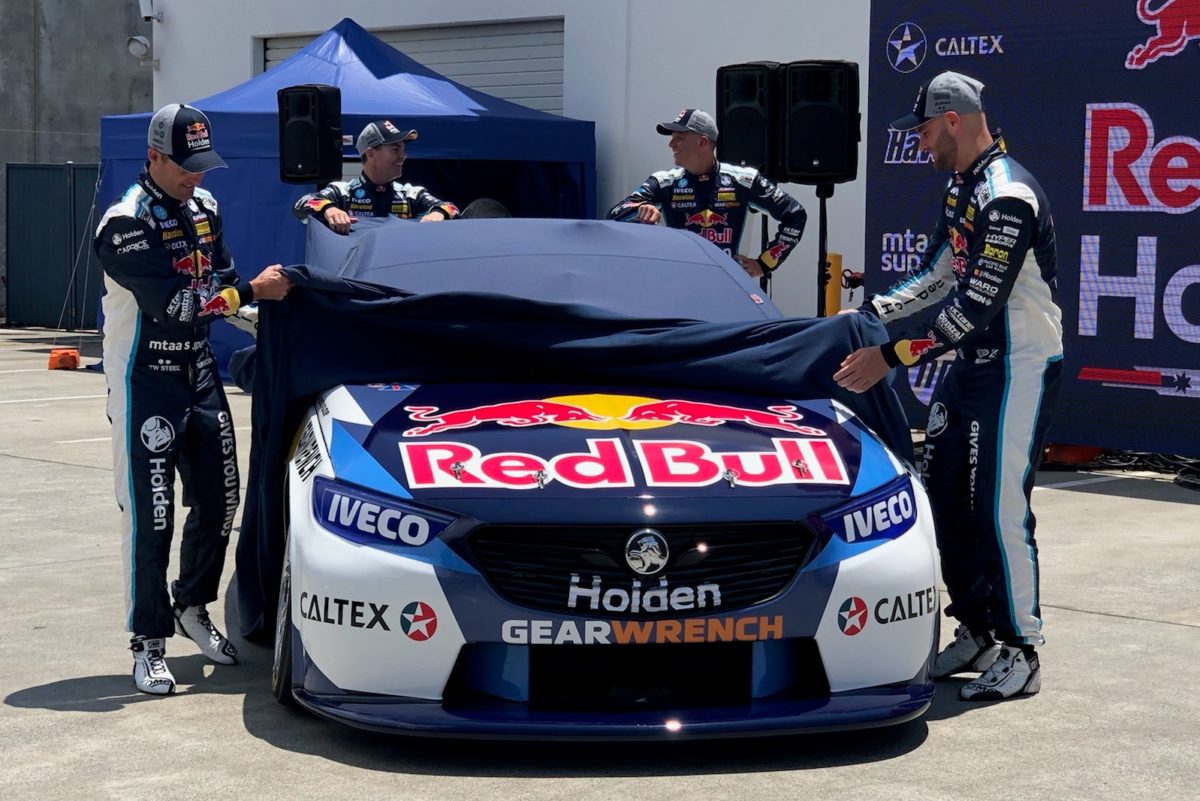 The livery is unveiled

Triple Eight Race Engineering has unveiled the Red Bull Holden Racing Team livery which it will carry in this year’s Supercars Championship.

The Banyo squad’s two ZB Commodores, to be driven again by Jamie Whincup and Shane van Gisbergen, will continue to feature a navy blue and white scheme which melds the branding of its two title backers.

This year’s variation is similar to the 2018 livery, with a white background for the Holden branding on the rear doors and quarter panel.

As hinted at by the teaser image released by Holden a day prior, flashes of light blue have been added to the look while minor sponsor Caltex’s oil brand, Havoline, also features.

There is also more block colour than in recent incarnations in what has been dubbed a “modern geometric take on the traditional team colours” in the livery release, and the Holden branding that was on the windscreen visor and underneath the headlights has moved to the grille.

Whincup and van Gisbergen were joined by their respective Pirtek Enduro Cup co-drivers, Craig Lowndes and Garth Tander, for the event at Triple Eight’s Banyo workshop in Brisbane.

“Great to see the car for the first time today, we were lucky enough to see a sneak peek of the livery late last year but to see it in full on the Commodore, it looks fantastic,” said Whincup.

“We set the bar really high with our Bathurst livery last year so for the teams at Red Bull, Holden and the commercial crew here at Triple Eight to come up with something different, new and fresh they have done a remarkable job and something the fans will be keen to cheer on at the track.

“To be here at HQ on a Sunday with the rain gone, the sun out and in front of the beloved T8M8 fan base, it is only fitting to give these guys an exclusive first look.”

GM Holden Australia’s Chairman and Managing Director, Kristian Aquilina, added, “We’re excited to see the covers come off the 2020 Red Bull Holden as the team look to reclaim top spot in the Supercars Championship this year.

“The team has done a fantastic job on this year’s livery and we look forward to giving Holden fans plenty to cheer about at racetracks across Australia and New Zealand in 2020.”

While the car in the press photos features Whincup’s #88, Holden Motorsport’s release also confirms that Whincup and Lowndes will again race as Car #888 in the Pirtek Enduro Cup.

In the intervening period, it will run two cars at the Liqui-Moly Bathurst 12 Hour (January 31-February 2).

Its Pro class Mercedes-AMG GT3 will be driven by van Gisbergen, Whincup, and Mercedes factory driver Maximilian Gotz, while the Pro-Am entry is to be piloted by Anton De Pasquale, Nick Foster, Sam Shahin, and Yasser Shahin. 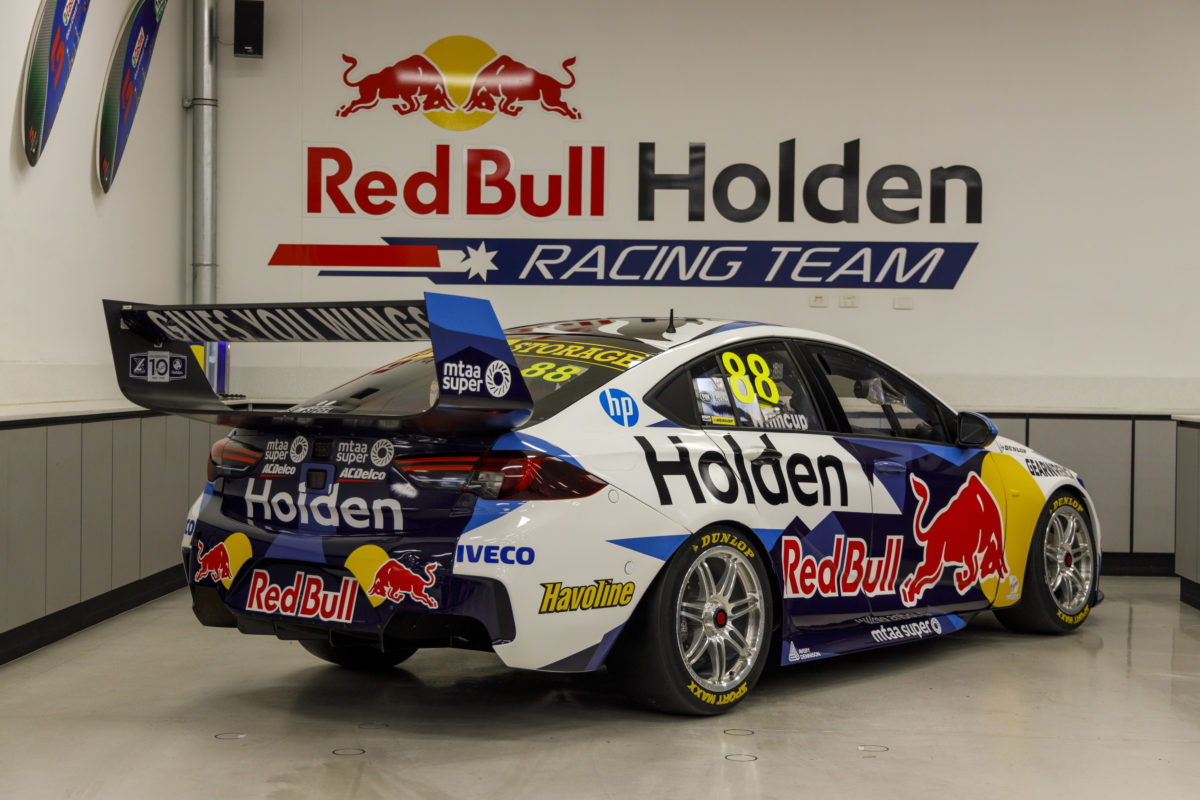 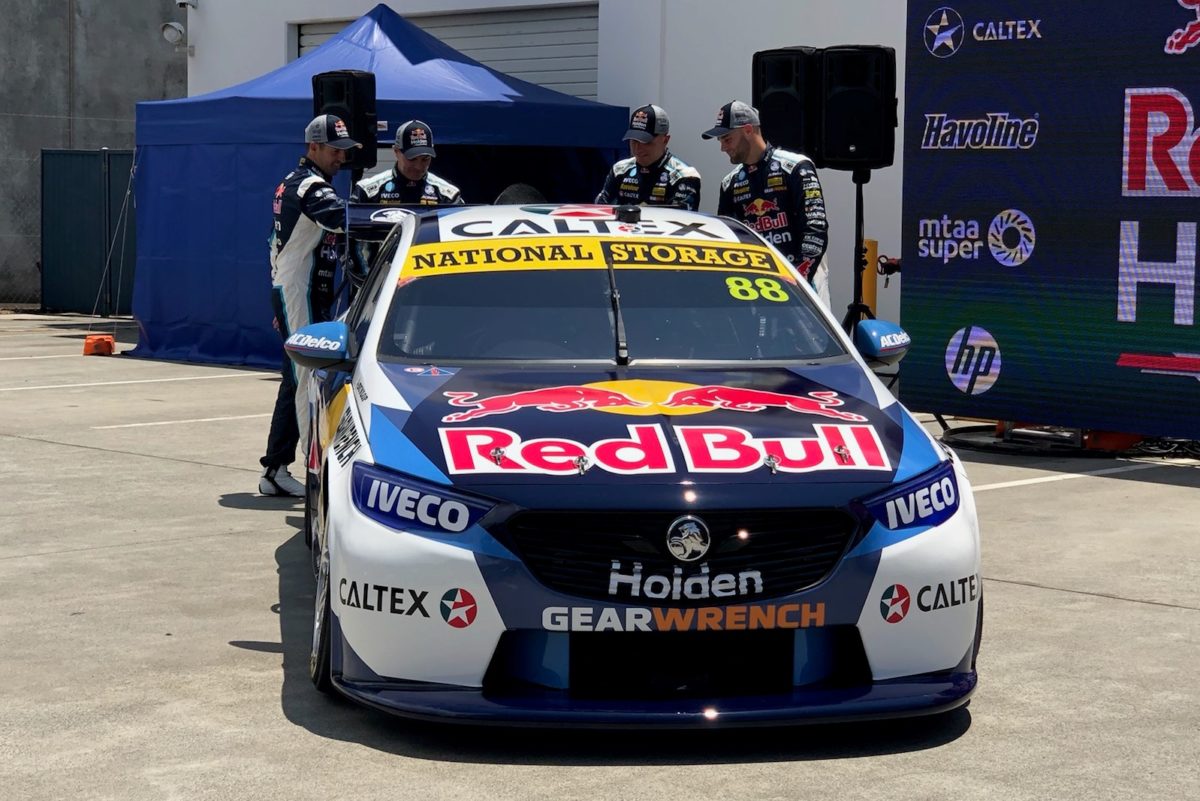 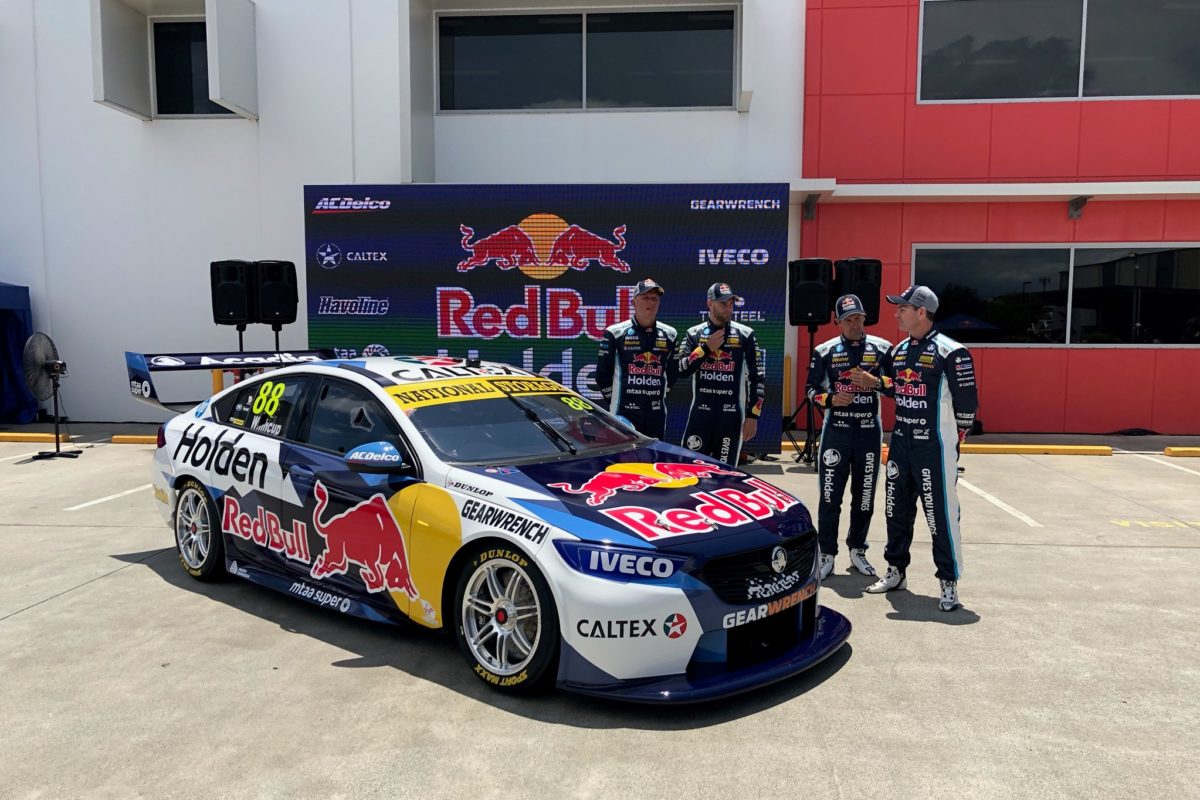