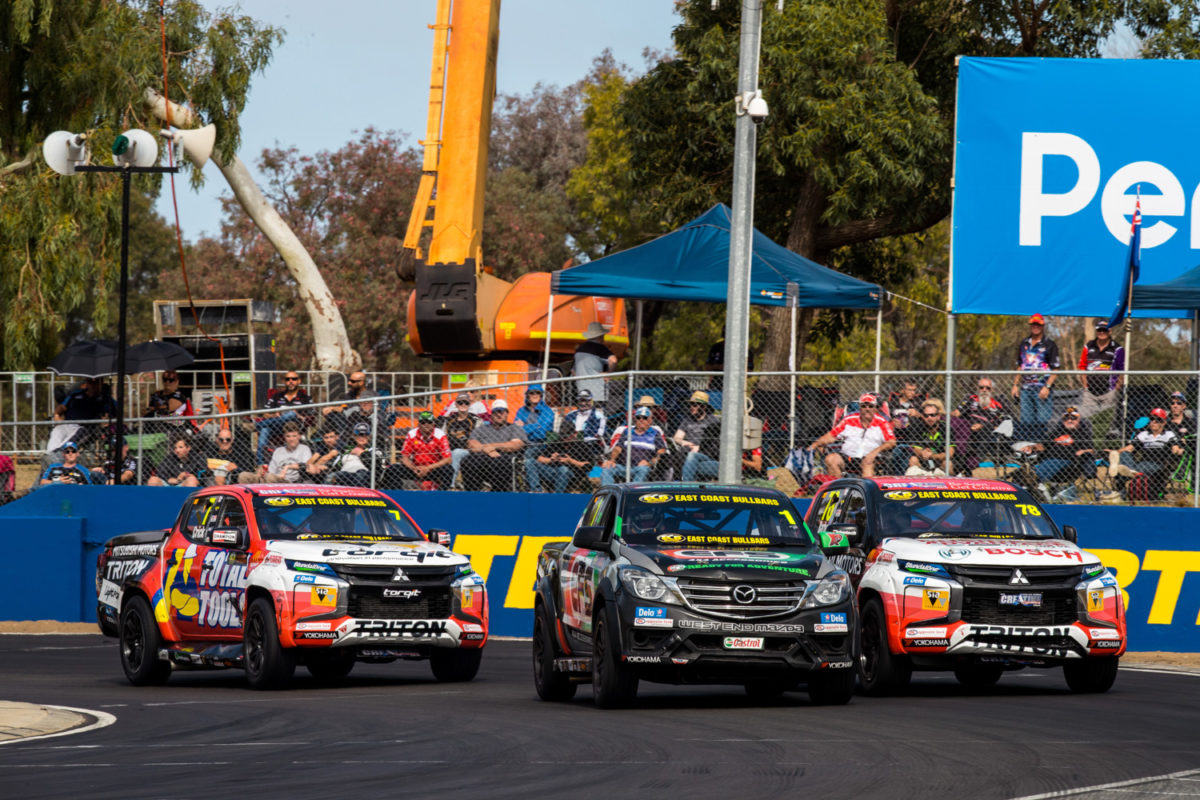 The SuperUtes at Barbagallo last year

SuperUtes team owner Rod Dawson is confident that the series will attract at least the 14 entries necessary for its first season with V8 engines to happen.

A third season for the replacement of the old Commodore versus Falcon series has not yet been confirmed despite a commitment to swap turbo diesels for a 6.2-litre Chevrolet LS3 engine to be used across the field.

Peters Motorsport is still working on installing a 6.0-litre V8 in one of its Mazda BT-50 SuperUtes in order to put on a drive day for prospective competitors and generate interest in the series.

According to team manager Brett Peters, Supercars has set the bar at 14 utes on the grid and Dawson, the team’s owner, believes that threshold will be met.

“It’s still definitely dependent on numbers,” Dawson updated Speedcafe.com regarding whether or not the series would be held in 2020.

“But there’s a reasonable amount of interest out there, which is encouraging, and I’m pretty sure that at about this point, they’re pretty close to having the 14 committed.

Dawson suggested that numbers will firm up once a V8-powered SuperUte hits the track.

“We’ve got a couple of starters (interested parties), and everybody’s a little bit the same; they’re probably just waiting to see what they’re like, once they get going,” he added.

The turbo diesel SuperUtes field reached 14 cars once in the last two years, at the Supercheap Auto Bathurst 1000 in 2019.

For 2020, a five-round calendar with a mid-year start has provisionally been agreed with Supercars, which ran SuperUtes for its first two years after taking over the old V8 Utes series.